At what age do kids start smoking cigarettes? 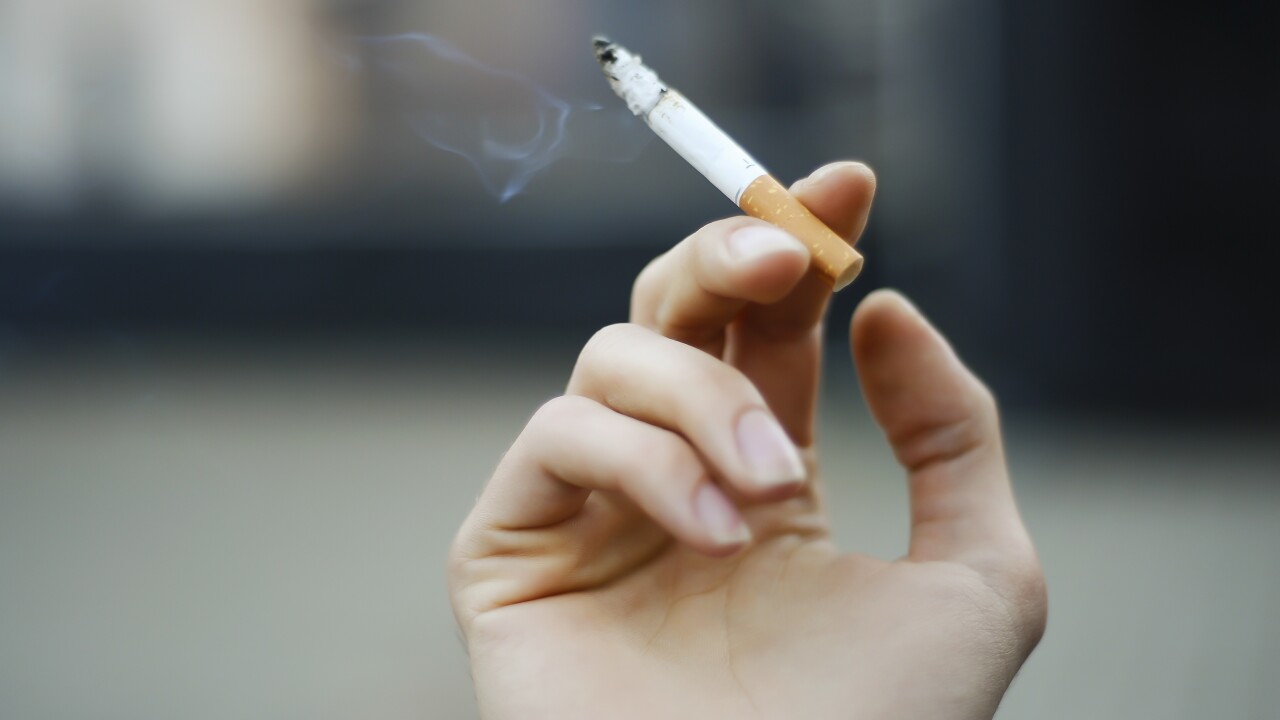 cigarette in the hand

Cigarette smoking may be declining worldwide, but tobacco use is still responsible for the deaths of about 6 million people globally each year, according to the World Health Organization.

For most, tobacco use probably started in childhood. So, at what age do most people start smoking?

In the United States and much of Europe, research suggests that regular lighting up typically begins between 15 and 16 years old.

In the US, 15.3 was the average age when adult smokers reported smoking initiation, according to a 2014 surgeon general’s report. The data in the report came from the 2012 National Survey on Drug Use and Health, in which adults who had ever smoked cigarettes daily were asked about their first experiences with smoking.

Across European countries, the rates of smoking initiation peaked at 16 among boys and 15 among girls in the 2000s, according to a study published in the journal PLOS One on Wednesday.

Girls might start smoking earlier than boys because they might mature earlier, said Alessandro Marcon, first author of the study and an assistant professor in the Department of Diagnostics and Public Health at the University of Verona in Italy.

“Puberty may widen the gap between physical and social maturity at young ages, leading to bad behaviours like smoking that are maybe perceived to be ‘adult,’ ” he wrote in an email.

The study, funded by the European Union’s Horizon 2020 program, was based on pooled data from six studies that were a part of the Ageing Lungs in European Cohorts consortium and included 119,104 people from 17 countries.

Using those data, the researchers examined trends in smoking between 1970 and 2009.

Among those who ever smoked for as long as a year, the researchers found that smoking initiation rates were highest during late adolescence.

“It was not surprising to see the lowest rates of smoking initiation in North European countries, which are at the forefront of tobacco control policies and research on smoking,” Marcon said.

The researchers found that smoking initiation rates among older teens dropped substantially between 1970 and 2009 across Europe, except in South Europe, where the decline leveled off after 1990.

The researchers also found that a marked increase was observed after 1990 in smoking initiation among early adolescent boys and girls, 11 to 15 years old, in all European regions, except among boys in North Europe.

“We were quite surprised for the marked increase in smoking initiation in young adolescents,” Marcon said.

“In girls from West Europe — Belgium, France, Germany, the Netherlands and Switzerland — the rate of smoking initiation in young adolescents reached the rate observed in late adolescents, age 16 to 20, around year 2005, although for the latter group the rate was declining,” he said.

The study had some limitations, including that multiple random samples of people from various studies were used, which may not be representative of all of Europe. Also, there was no distinction between the use of boxed cigarettes, hand-rolled cigarettes or electronic cigarettes, also known as e-cigarettes.

The data in the new study also were based on retrospective questionnaires and self-reports, which poses another limitation.

“This study suggests that more needs to be done to prevent smoking initiation in children and young boys and girls in many European countries,” Marcon said.

“At very young ages nicotine may cause more addiction,” he said. “Many European countries should intensify the implementation of tobacco control policies that are effective to reach the youngsters, in particular increases in the price of tobacco products, enforced legislation on sales to minors, plain packaging, and bans on advertising.”

Dr. James Sargent, professor of pediatrics at the Dartmouth Geisel School of Medicine in New Hampshire, pointed out that the new study was not about experimentation. Rather, it focused on children who use cigarettes regularly and are likely to grow up to be regular smokers.

He added that the findings probably would differ if the study measured cigarette smoking rates among children in the United States today.

“States and local municipalities in this country have done a good job at working on policies that make it harder to smoke — indoor air laws and taxes on tobacco,” he said of the US.

Yet in the future, Sargent said, it would be helpful to study at what age children start using other products, such as e-cigarettes.

“E-cigarettes are the most commonly used tobacco product now among American adolescents, more so than cigarettes,” Sargent said. “These are the products that young people seem to be turning to, and they continue to turn away from cigarettes.”