NORFOLK, Va. - With growing pressure from China and Russia on the world stage, the U.S. Navy officially re-established the 2nd Fleet in Norfolk Friday.

“We first need to understand this competitive security environment and why it demands every ounce of our tenacity, ingenuity and fighting spirit. Then we can focus on the mission and how best to accomplish it; 2nd Fleet will enhance our capacity to maneuver and fight in the Atlantic, and as a result, help to maintain America’s maritime superiority that will lead to security, influence and prosperity for our nation," he continued.

The 2nd Fleet will have operational and administrative authority over ships, aircraft and forces on the East Coast and the North Atlantic, falling under the operational control of U.S. Fleet Forces Command.

It had been previously disestablished on September 30, 2011. At that time, its focus was largely on training and certifying forces in that the Navy called a "relatively benign security environment in the Atlantic and Europe" at that time.

Since then, the Navy says the "security environment has grown more challenging and complex" in the North Atlantic.

“I am truly honored to lead this fleet. U.S. 2nd Fleet has a storied history, and we will honor that legacy,” said Vice Admiral Lewis.

“However, we will not simply pick up where we left off. We are going to aggressively and quickly build this command into an organization with operational capability. We will challenge our assumptions, recognize biases, learn and adapt from failures so as to innovate in order to build a fleet that is ready to fight. Ready to fight – so we don’t have to.” 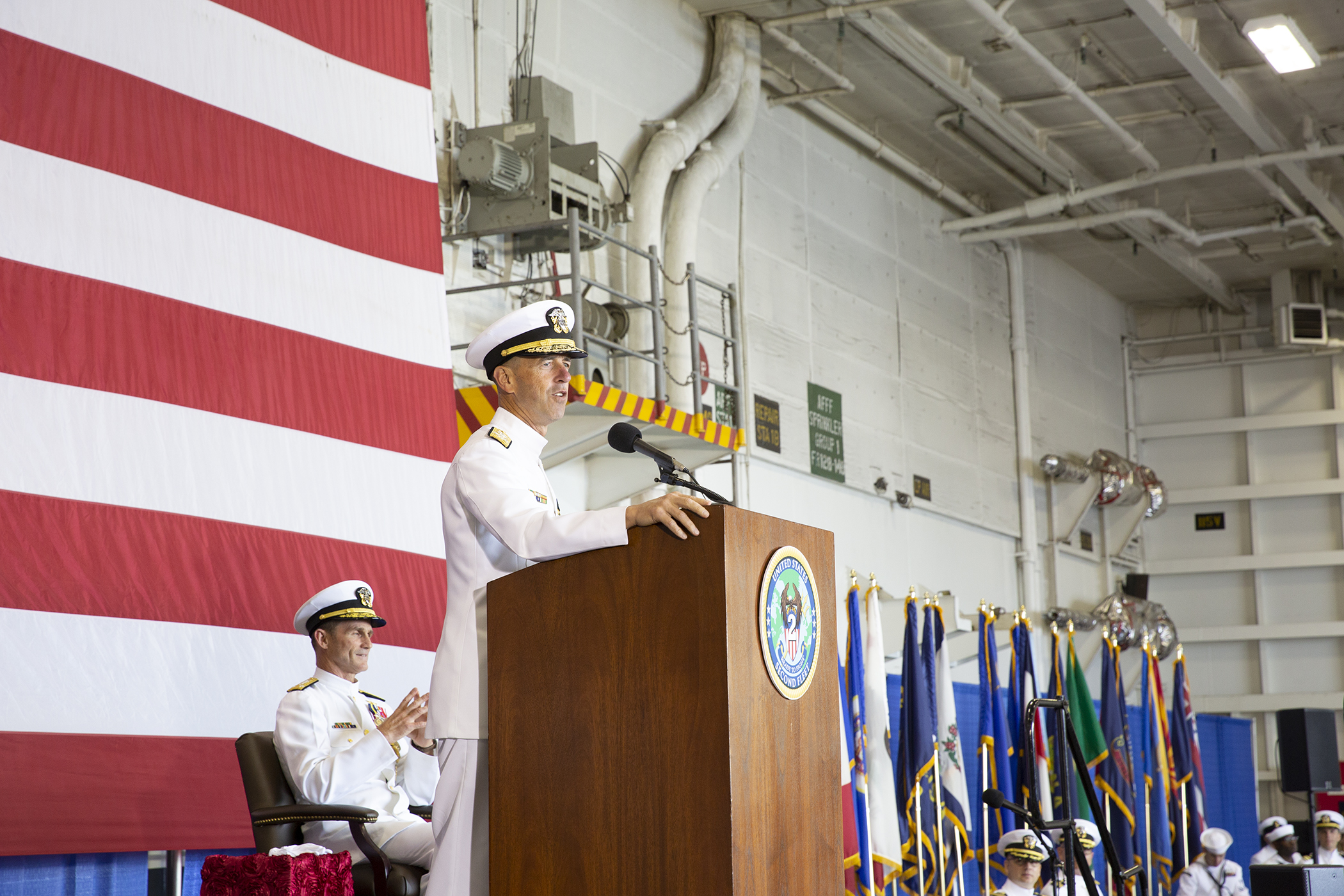 The Navy released a list of "six things you need to know about U.S. 2nd Fleet" noted below:

WHEN: Now. The staff has begun to report to C2F, and is responsible for establishing the command structure and associated missions, functions and tasks. Currently, the staff is planning for joint high-end operational training in early 2019.