A call reporting an unknown substance that had apparently leaked from a container came in at 2:35 p.m.

There is no indication of any immediate concern at this time, according to emergency personnel. 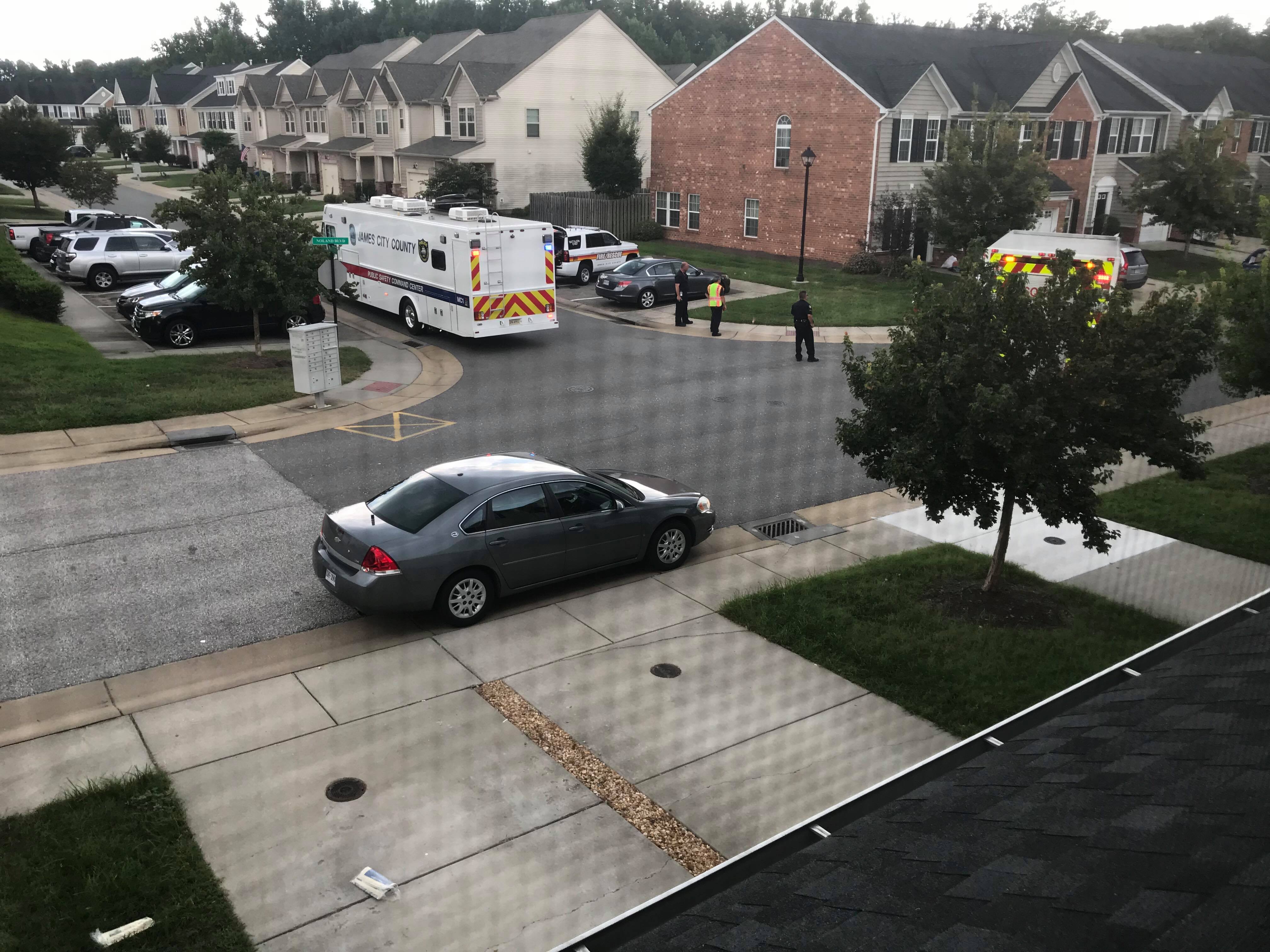 A firefighter was taken to Sentara Norfolk General Hospital for heat-related problems. He is said to be in stable condition.

The Liberty Crossings neighborhood was blocked off for hours before residents were allowed back into their homes.

In a statement, a spokeswoman with the U.S. Postal Service said the spilled substance was identified as mercury and that the mail that was inside the vehicle will not be delivered until it has been deemed safe to do so:

The Postal Service’s first priority is to ensure the safety and well-being of its customers and employees. Along with James City County emergency authorities, we are handling a mercury spill found inside a postal vehicle. In an abundance of caution, the mail inside the vehicle will not be delivered until professional environmental contractors can evaluate, clean and certify the safety of the mail. We will share additional information with the public as it becomes available.

Before police left, they collected all the mail that the truck had delivered from the mailbox and neighbors.