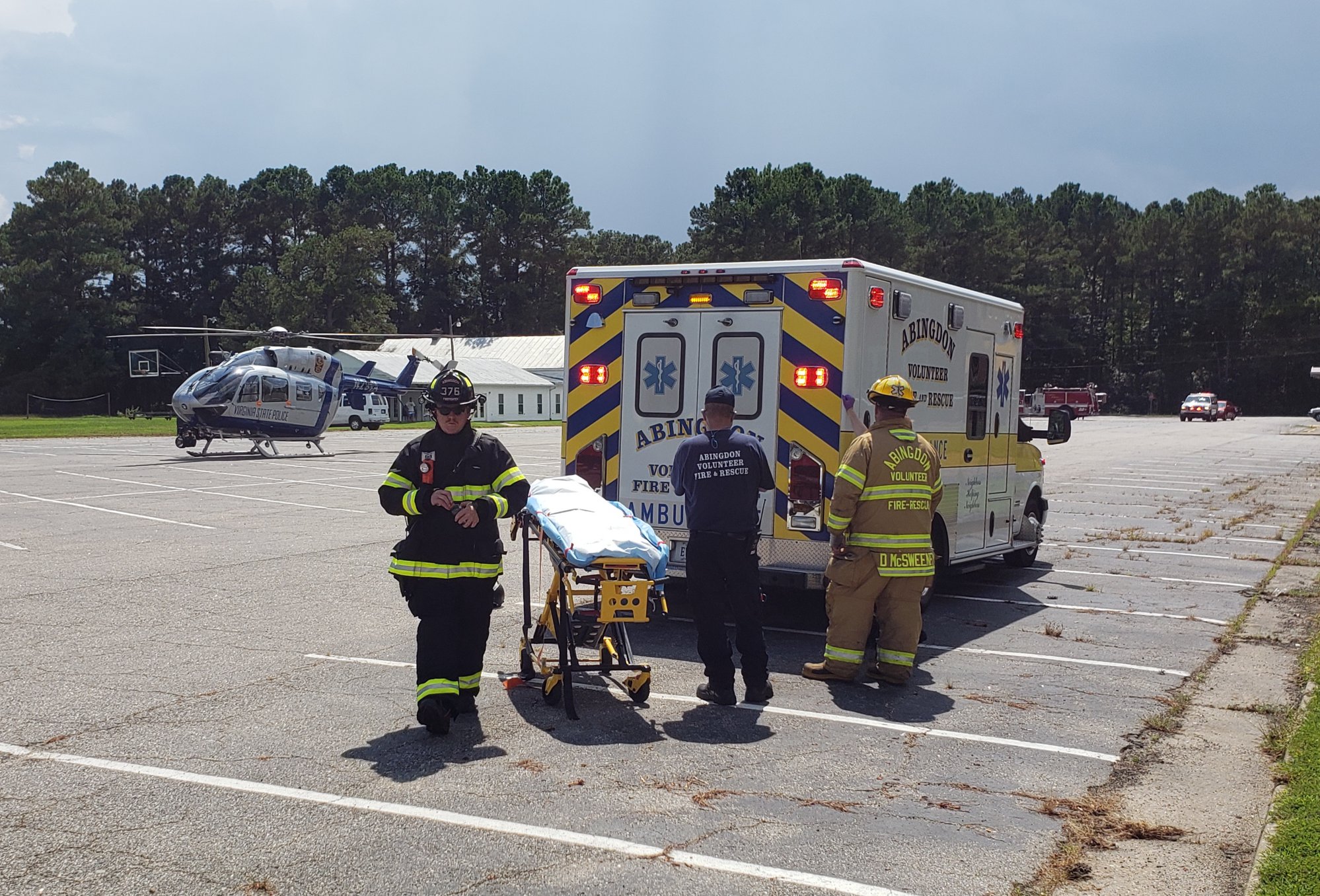 The call came in at 12:50 p.m. Crews arrived at the scene to find a single-story wood frame house with no smoke showing. A victim suffering from moderate burns was standing in the front yard with other occupants.

Medics immediately began assisting the patient and had already called for a medivac helicopter to be on standby. The fire had been extinguished by the occupants of the home before the arrival of the first fire engine.

Fire crews overhauled the room where the fire was and checked to see if it had extended beyond the place of origin; it had not. The occupants used a fire extinguisher and garden hose to put out the fire.

The victim was taken to a pre-designated landing zone and met with the Virginia State Police Med Flight helicopter. A helicopter then took the victim to a local hospital. The victim’s exact injuries are unknown.

All units cleared the scene at 2 p.m. The residents will not be displaced from the fire.

Three engines, a tanker, two medic units and a rescue truck responded to the scene. AVFR had 16 responders and the Gloucester Volunteer Fire and Rescue Squad provided an engine and manpower. The Gloucester County Sheriff’s Department assisted with traffic control during the incident.