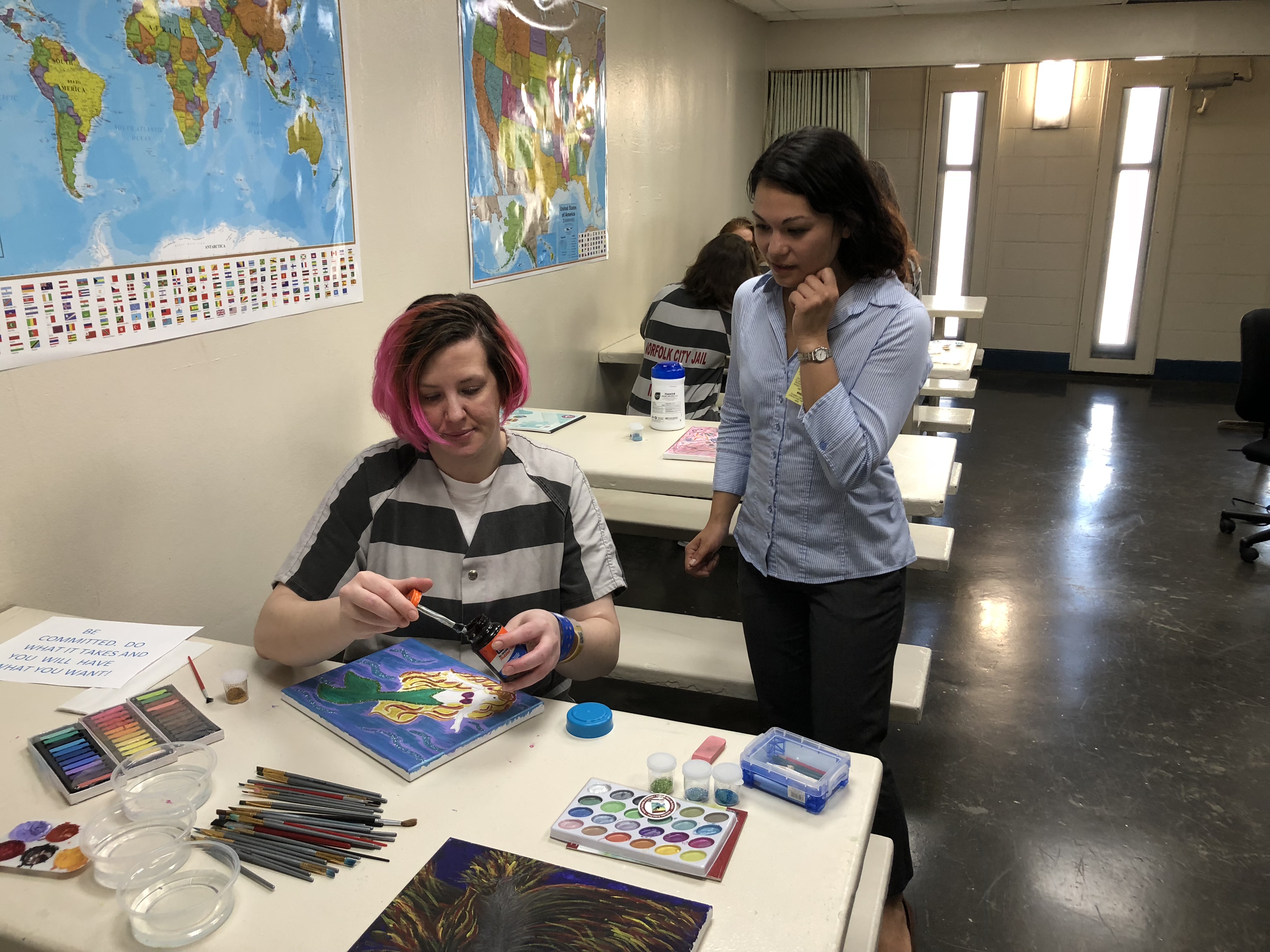 95 percent of people in jail today will eventually return back to the community. The NSO and Sheriff Joe Baron are expanding evidence-based programs to help reduce recidivism and allow inmates to return home with skills that make them less likely to commit future crimes.

According to a study by the National Endowment for the Arts, art courses in United States correctional facilities have brought positive impacts to participants. Inmates reported reduced tension levels, increased self-worth and respect for others and better discipline. Negative feelings towards staff and community became positive.

Art teacher Christine Rucker volunteered to lead the three-month course, which met once a week. Rucker has led courses at the Norfolk Jail in the past, but this was her first class of women.

“It’s rewarding because they are acknowledging that they’ve made bad choices, and they are choosing new roads to go down. All of these ladies are picking new, positive paths. They are able to reflect and find themselves through these paintings,” said Leslie Garrett of Norfolk Sheriff’s Office Inmate Programs.

The Norfolk Sheriff’s Office art therapy program comes at no cost to taxpayers, and jail programs save tax dollars by keeping people from coming back to jail again. A 2016 RAND study found that inmates who participate in any kind of educational program are 43 percent less likely to re-offend.