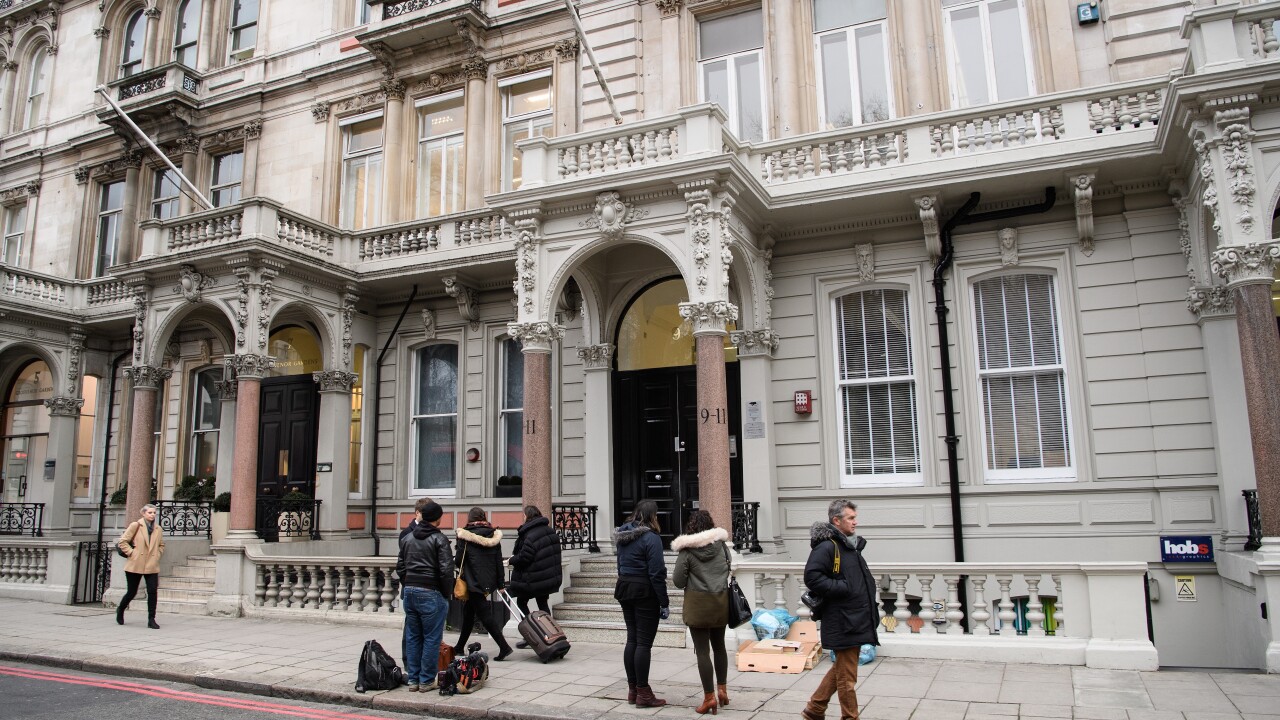 LONDON, ENGLAND – JANUARY 12: Journalists gather outside the headquarters of Orbis Business Intelligence, the company run by former intelligence officer Christopher Steele, on January 12, 2017 in London, England. Mr Steele has been named as the man who compiled the intelligence dossier on US President-elect Donald Trump, alleging that Russian security forces have compromising recordings that could be used to blackmail him. (Photo by Leon Neal/Getty Images)

Justice Department official Bruce Ohr and former British spy Christopher Steele – frequent targets of President Donald Trump’s ire related to the Russia investigation – were involved in US efforts to flip a Russian oligarch with ties to the Kremlin, The New York Times reports.

Between 2014 and 2016, the FBI and the Justice Department sought and attempted to turn Russian businessman Oleg Deripaska into an informant for the United States, the Times reported Saturday.

Citing current and former officials and associates of Deripaska, the Times reported that investigators were hoping for information from Deripaska on Russian organized crime during a September 2015 meeting and, in a meeting a year later, on possible Russian aid to Trump’s 2016 presidential campaign.

The effort to recruit Deripaska was part of a broader, classified US initiative that attempted to gain the cooperation of several Russian oligarchs, the Times reported. The newspaper added that the effort did not seem to have had any successes; Deripaska told US investigators he disagreed with them on Russian organized crime and ideas about possible Russian collusion with the Trump campaign, a person familiar with the exchanges told the Times.

According to the Times, Ohr and Steele first discussed flipping Deripaska in November 2014. Working as an intermediary, Steele helped arrange a meeting between Deripaska and US officials, including Ohr, in 2015, during which Deripaska was asked about the connections between Russian organized crime and Russian President Vladimir Putin’s government, the Times reported, citing a person familiar with the events.

The second time US officials made contact with Deripaska was in September 2016, two months after the FBI began investigating Russian interference in the 2016 election, the Times reported.

FBI agents showed up uninvited and unannounced at a home Deripaska has in New York and grilled the Russian oligarch about whether his former business partner Paul Manafort had worked as a liaison between Russia and the Trump campaign, according to the newspaper. Weeks earlier, in August, Manafort left Trump’s campaign, which he had led for five months.

Deripaska told investigators their theories about Manafort’s role on the campaign were “preposterous” and disputed any potential connections between Russia and the Trump campaign, a person familiar with the exchange told the Times.

The officials, who spoke to the Times on the condition of anonymity in order to discuss the classified effort, told the Times they were afraid that revealing the effort could undermine national security. But they also said they did not want the secret nature of the program to allow Trump and his Republican allies to “cherry-pick facts and present them, sheared of context, to undermine special counsel Robert Mueller’s investigation” into Russian interference, the newspaper reported. Trump has often criticized the special counsel probe as a “witch hunt” and has repeatedly attacked Ohr and Steele.

Ohr, a 30-year Justice Department veteran, is being scrutinized for his meetings with Steele, the former British intelligence officer who compiled an infamous dossier on Trump and Russia, and Glenn Simpson, the founder of Fusion GPS, the firm that hired Steele to do research on Trump. Ohr’s wife, Nellie, was also a contractor for Fusion GPS.

Republicans have charged that the Steele dossier, which contains some salacious and unverified intelligence on Trump and Russia, was inappropriately used by the FBI to obtain a Foreign Intelligence Surveillance Act warrant on former Trump campaign adviser Carter Page.

The President and some House Republicans who are vocal critics of the Russia investigation have also seized on Ohr and Steele’s connection as proof of an untoward association between government officials and the roots of the special counsel’s investigation.