HAMPTON, Va. - One family is upset about the conditions inside a mausoleum where their loved ones are laid to rest at the Hampton Memorial Gardens.

Gregg Henning sent News 3 pictures he said he took last Thursday while he was inside the place where his wife’s late husband and infant daughter are buried.

He said his wife’s grandmother is also buried nearby.

He said he was shocked by what the room looked like with worker’s boots, a refrigerator, tarps and trash cans inside.

“It was horrifying. It was shocking beyond belief,” said Henning. “It’s very devastating for us.”

Henning said there was a fence around the mausoleum but said the door was open.

He said they were asked to leave the area by a worker who came inside the mausoleum while they were standing there.

“We asked him, 'Is this your break room?' He said yes,” said Henning.

We reached out to the Hampton Memorial Gardens, who issued a statement:

“Hampton Memorial Gardens is in the process of proactively relocating remains from the Veteran’s 3 Mausoleum to the newly completed mausoleum on the property.  Built in 1973, the Veteran’s 3 Mausoleum was deteriorating and experiencing structural issues so the decision was made to construct a new mausoleum, Veterans Memorial Mausoleum. Since the project’s inception, we have notified the families involved to make them aware, shared details with the community on our website and have also secured permission from the court.  We apologize for any inconvenience and encourage any client families with questions to contact us directly.”

Henning said they were on vacation from Charlotte, North Carolina, and will periodically make the trip to the cemetery when they are in town.

“It was like walking into a horror show,” said Henning. 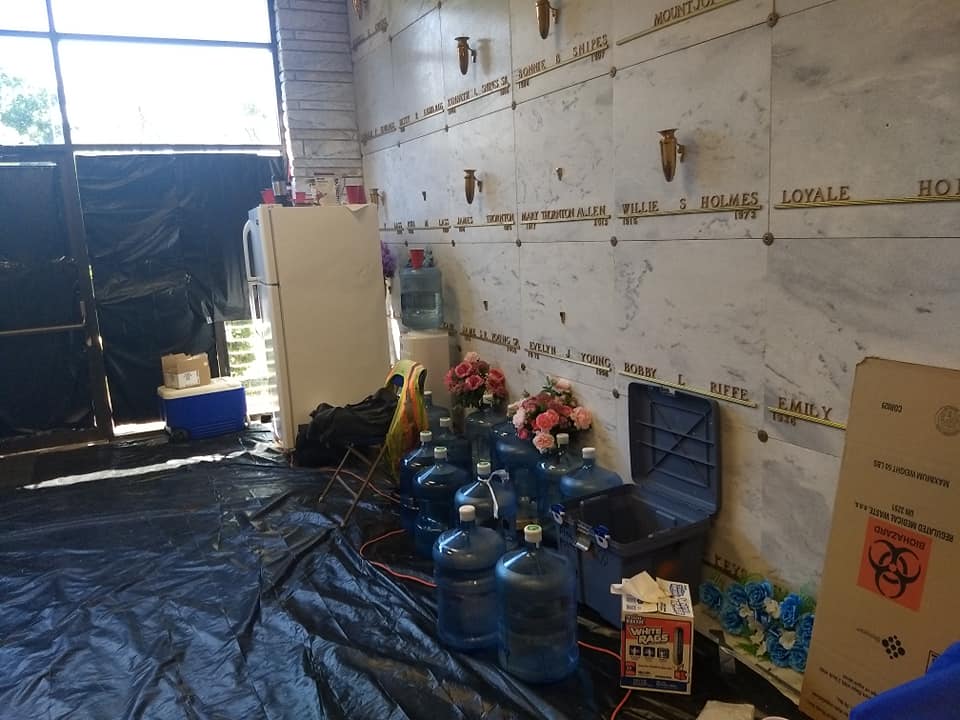