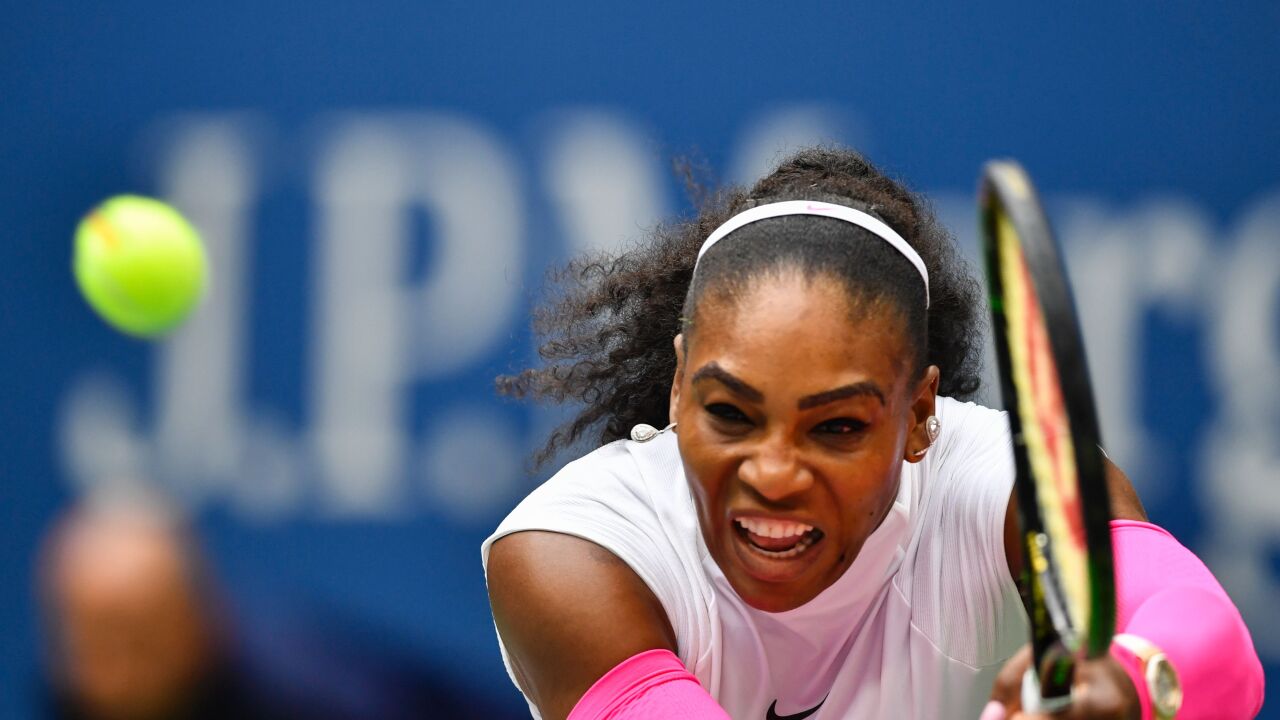 Serena Williams of US hits a return against Yaroslava Shvedova of Kazakhstan during their 2016 US Open Women’s Singles match at the USTA Billie Jean King National Tennis Center in New York on September 5, 2016. (Photo: EDUARDO MUNOZ ALVAREZ/AFP/Getty Images)

Serena Williams brushed aside Anastasija Sevastova in straight sets to advance to the US Open women’s final, taking her a step closer to equaling the all-time record haul of grand slam titles.

Williams, 36, was at her imperious best in defeating her Latvian opponent, taking only 66 minutes to dispatch the 19th seed 6-3 6-0 to reach her ninth US Open final.

The 23-time grand slam champion will meet Naomi Osaka of Japan in Saturday’s final after the 20th seed beat American Madison Keys 6-2 6-4 to become the first Japanese woman to advance to a grand slam final.

Should Williams beat Osaka, who was one year old when Williams won her first grand slam in 1999, she will equal Margaret Court’s record of 24 grand slam singles titles.

“It’s honestly really incredible,” said Williams, currently ranked No. 26 in the world after a heavily interrupted year following the difficult birth of her daughter, Alexis Olympia.

“A year ago I was fighting for literally my life at the hospital after I had the baby. Every day I step on this court I’m so grateful that I have an opportunity to play this sport.

“No matter what happens in any match, semis, finals, I just feel like I’ve already won.”

Sevastova broke Williams’ serve early in the match, but once the American great found her rhythm it was clear that there was only going to be one outcome.

While she was dominant with her powerful groundstrokes, the former world No.1 also showed her strength at the net, winning 24 of 28 points when coming forward.

It is the six-time winner’s first US Open final in four years and only once has she dropped a set on her way to this year’s final, in her last-16 match against Kaia Kanepi.

Osaka – who has made great strides in 2018, winning Indian Wells in March – said the opportunity to meet Williams in the final was a powerful motivator.

“This is going to sound really bad, but I was thinking, ‘I really want to play Serena’,” she said, adding when asked why, “Because she’s Serena! What do you mean?”

Early in the second set, after a dispiriting end to the first set from Keys, the American looked set to mount a comeback, breaking Osaka’s first service game in a 22-point, six break-point game.

The partisan crowd tried to buoy the American as she gained in confidence but it was a tough ask as the young Japanese brought her back down to earth. At 20, Osaka will be the youngest women’s US Open finalist since Caroline Wozniacki in 2009.

“I’ve never beaten Madison. I was just glad to get through this match, she’s such a good player.”

She thanked the crowd and had a special message for her mother, who was watching from the stands at Arthur Ashe.

Asked if she had a message to her final opponent, she repeated “I love you” to laughs around the stadium. “I love everybody! Thank you!”