The Norfolk native started his coaching career at Granby High School (where he attended school as well) then Newport News High School, before winning 786 games in the college ranks. He’s the only NCAA coach to win 100 games spanning between four different schools and one of 11 coaches to lead four schools to NCAA tournaments.

Driesell is a member of the Virginia Sports Hall of Fame. He played collegiately at Duke before heading into the coaching ranks.

His bio from the Virginia Sports Hall of Fame website:

Charles “Lefty” Driesell is a native of Norfolk, Virginia and a 1954 graduate of Duke University, where he played on the nation’s 10th ranked team as a senior.   Driesell received his master’s degree from William and Mary in 1961, and his first two coaching jobs were at Norfolk’s Granby High School and Newport News High School, where he produced a 25-0 state champion.  His overall high school record was 97-15 (.866).

He began his college head coaching career at Davidson College (Southern Conference) in 1960, compiling a 176-65 (.730) record, five regular season conference titles and three conference tourney titles in nine years at the helm.  Four times his Davidson teams finished in the Associated Press Top 10, three times they advanced to the NCAA Tournament and four times he was named Southern Conference Coach of the Year.  In 1969, Driesell was named the head coach at the University of Maryland (Atlantic Coast Conference), where he stayed 17 seasons and compiled a 348-159 (.686) overall record, two regular season conference titles and one ACC Tournament crown.  Eight times his Maryland teams were ranked in the Associated Press Top 10 and were champions in the 1971-72 National Invitation Tournament (NIT).  He was named twice as ACC Coach of the Year.  From 1988-1997, Driesell was the head coach at James Madison University (Colonial Athletic Association).  In his nine years at JMU, he led the Dukes to a 159-111 (.588) overall record while winning the conference regular season title five times and the CAA Tournament title once.  He was named CAA Coach of the Year twice.  He led the Dukes to a 16-13 finish and the conference tourney finals his last season at JMU.  In March of 1997, Driesell, the 11th winningest college basketball coach in Division I men’s basketball history, became the 11th head coach at Georgia State University.  He led Georgia State to a single season record equaling 16 wins in 1997-98.  The Panthers reached a new school record of 17 wins in 1998-99, and Driesell joined a very select group of Division I coaches with over 700 career victories.

Driesell is a member of the Duke Athletic Hall of Fame and the Davidson Athletic Hall of Fame.  He was the first coach to receive the NCAA’s Award of Valor after helping to save the lives of at least ten children and several adults from a townhouse fire near Bethany Beach, Delaware in 1973.  In all, the NBA drafted 33 of his former players. 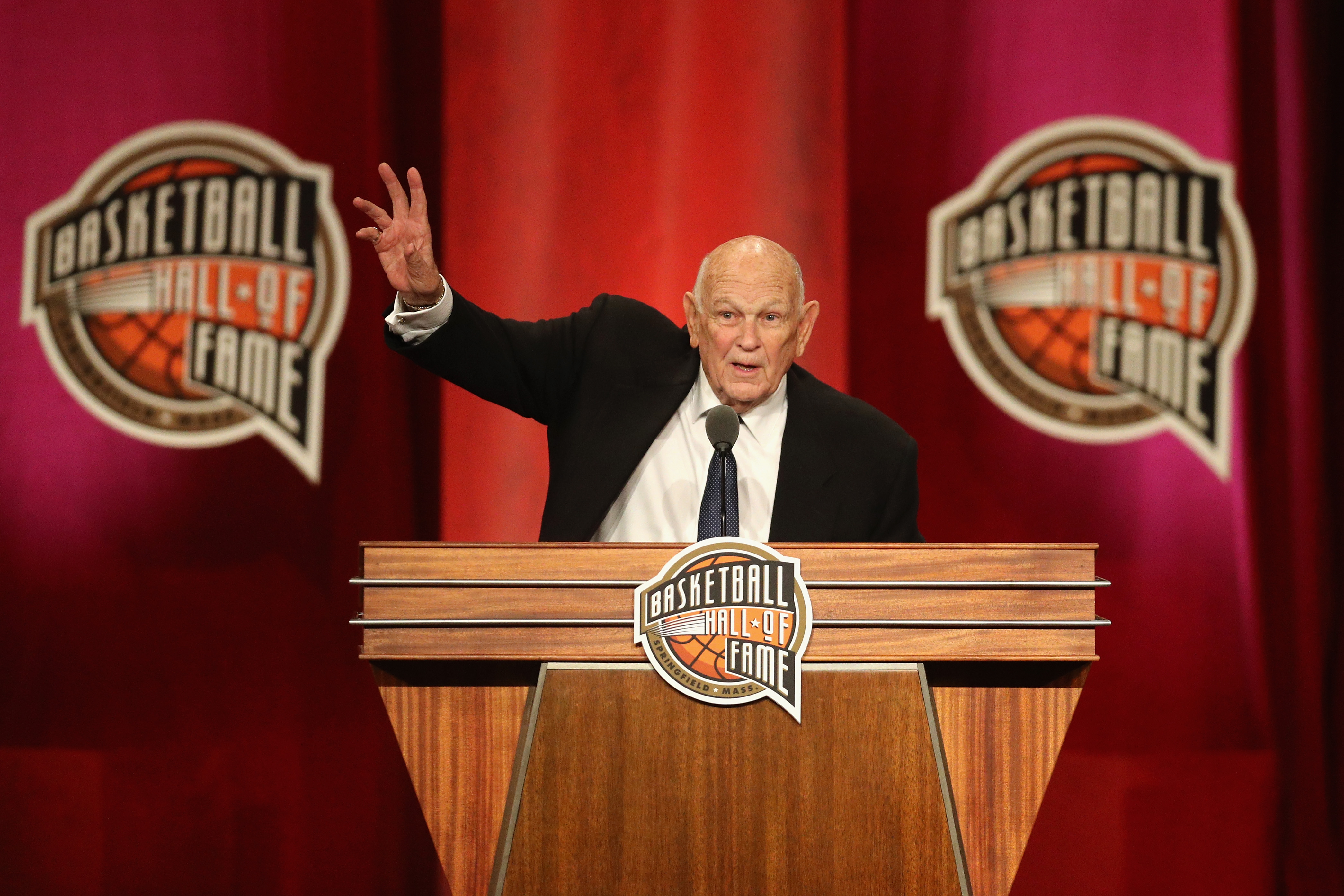