'This is not over. It's just begun;' After jury report, Donovon Lynch's family reiterates call for federal investigation
Sports

GLENDALE, Ariz. – The Redskins’ longest road trip of the season turned into a long day for the home team.

With a dominant defensive effort, Washington crushed the Arizona Cardinals, 24-6,  to win its first season opener since 2012. The Redskins held Arizona to just 213 yards of total offense and 14 first downs.

The Cardinals scored their first points of the game with 5:47 left in the 4th quarter ending the Redskins’ hopes of their first shutout since 1991. After a scoreless first quarter, Washington put-up 21 points in the second quarter – a stanza that saw the ‘Skins score on a pair of touchdown passes from new quarterback Alex Smith, who was playing his first game in burgundy and gold.

In his return to Arizona, where he played last season, Redskins running back Adrian Peterson scored his 100th career touchdown. According to NFL345, Peterson is just the seventh player in NFL history with at least 12,000 career rushing yards and 100 rushing TDs. He finishes the game with 26 carries for 96 yards and one score.

The Redskins (1-and-0) return home next Sunday to host the Indianapolis Colts (0-and-1) in a game to be broadcast LIVE on News 3 in Hampton Roads. 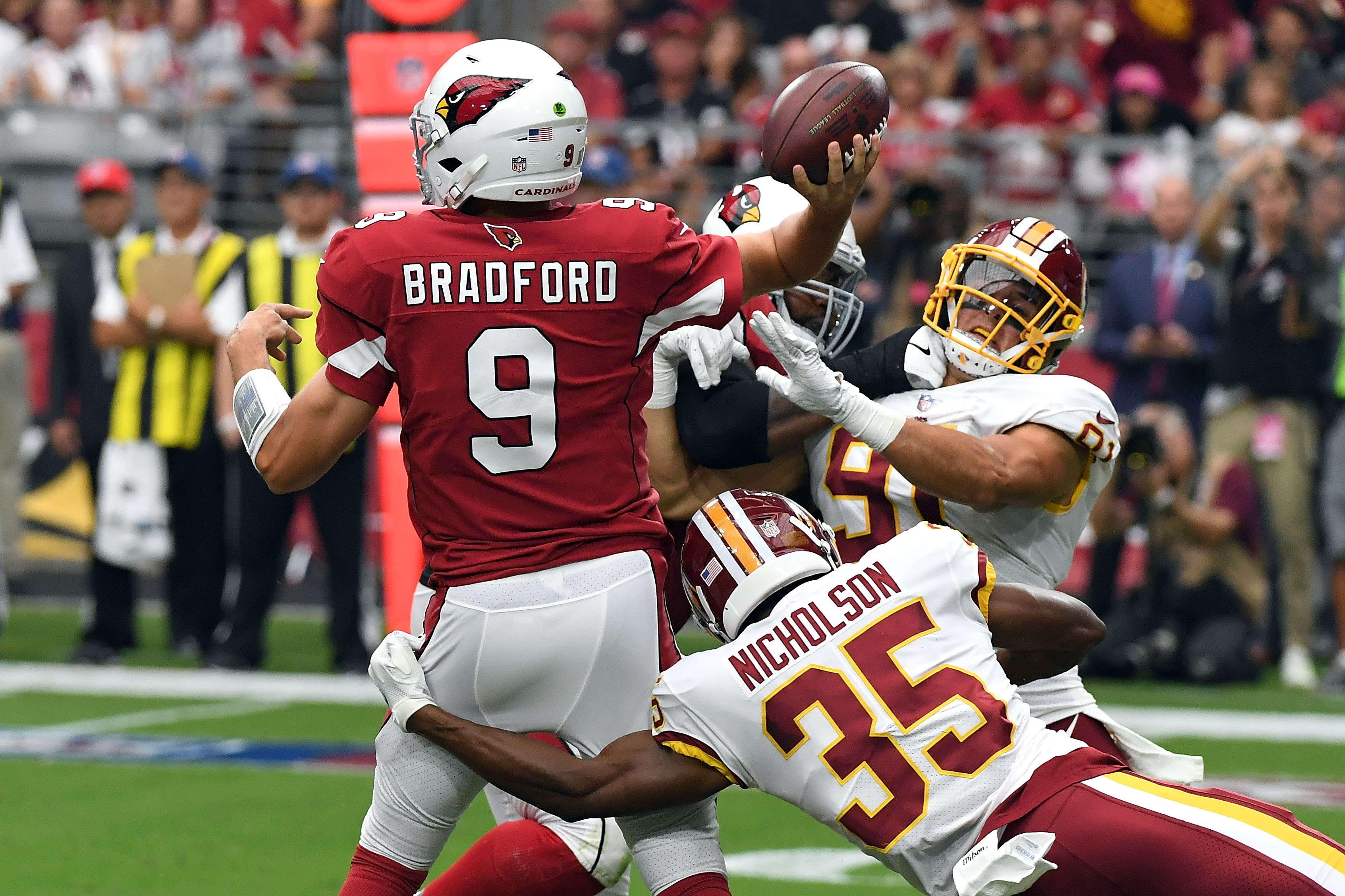