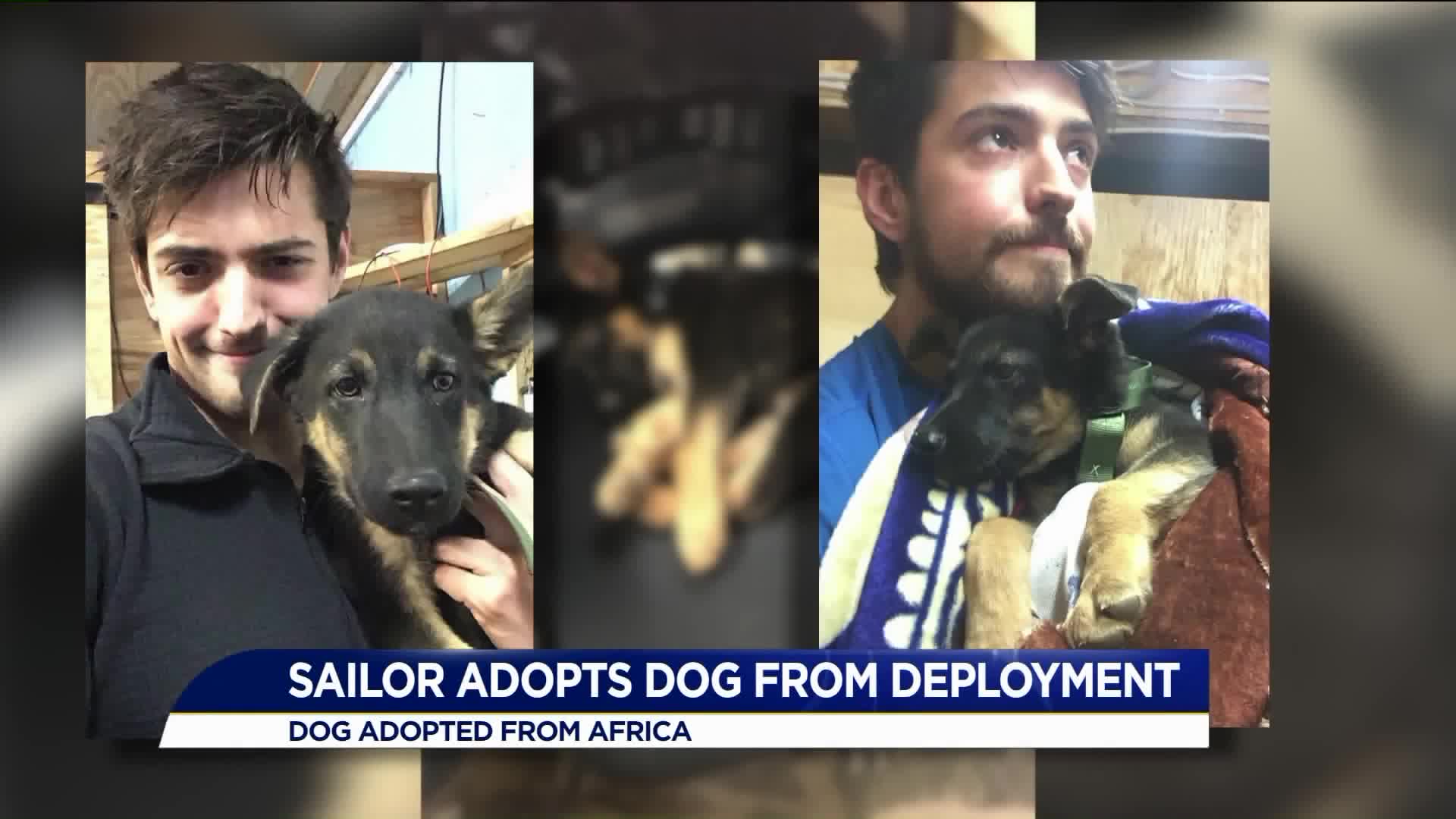 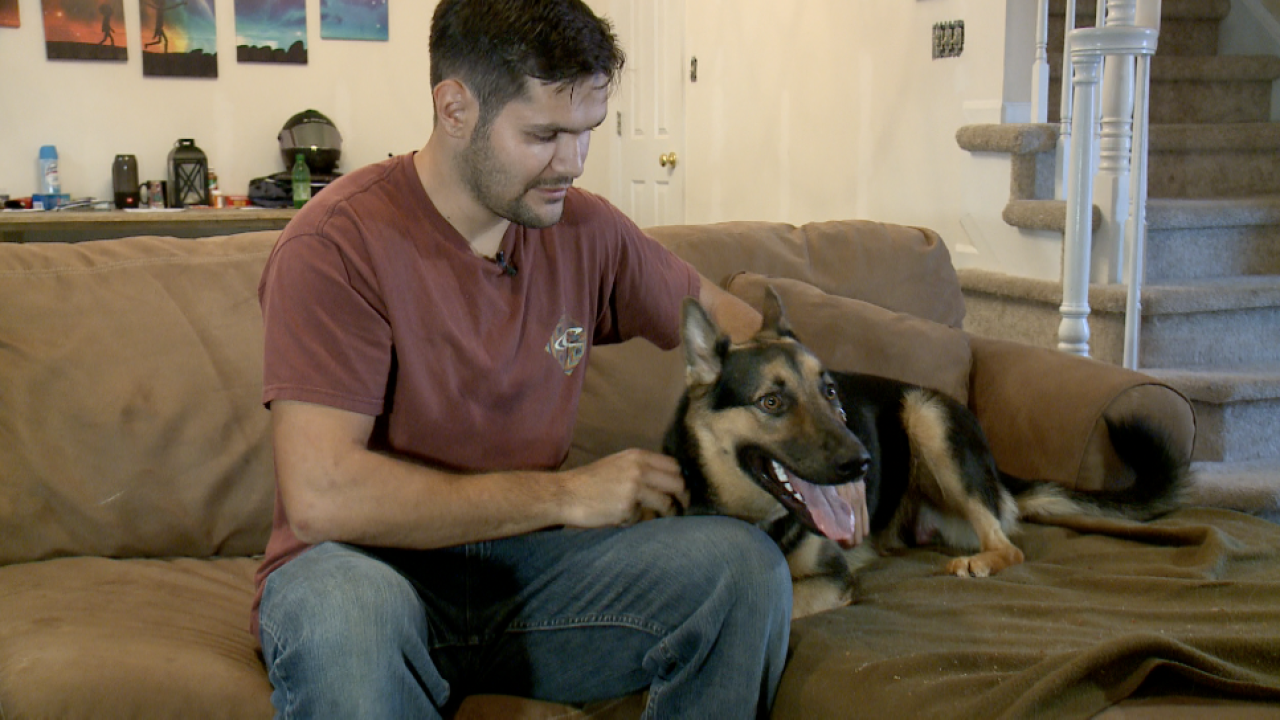 NORFOLK, Va. - Petty Officer 2nd class Royce Walters was deployed on New Year's Eve. There were no big celebrations, but he did see a lot of stray dogs near his camp.

One dog caught his eye.

"He was in bad shape," Walters said. "He had this weird tarry substance on his head and on his back. He had cuts and contusions that looked to be infected. He had worms and was definitely malnourished."

This puppy, for some reason, touched his heart.

"I would give him my food and just eat MRE's, which was great until I was able to convince some local to give me dog food for some Reese's peanut butter cups. So that was a good trade. Then I got to eat my own food," Walters said.

Walters named him Ty. He became a part of the family at his camp.

Walters had plans to bring him home once their deployment came to an end, but just hours before they were set to go home, bad weather rolled in.

"I was super excited to go home and see my family again, and then suddenly it's this sort of dark cloud comes over it and takes away the joy of getting to go home," Walters said

Walters promised Ty he would come back for him - not knowing if he'd be able to keep his word.

With the help of family and the SPCAI, over five painful months, Ty finally made it onto a flight. Accompanied by an SPCAI volunteer, Ty traveled from Africa to Amsterdam to the US.

His family was waiting.

“I was a little worried he wouldn't recognize me right away, hadn't seen him in a few months, but you can tell that he did. It took him a second, but yeah, it was pretty awesome," Walters said.

A little more than a week in his new home and Ty is still getting used to changes from Africa, like the front door.

"It's new for him to have literally everything, air conditioning, grass," Walters said.

Walters says he and the other sailors thought they were just saving a dog on New Year’s Eve, but as the camp dog, and now in his new home, Ty proved he was the one saving them.

Reunion Made Possible by SPCA International (SPCAI) and Operation Baghdad Pups (OBP:Worldwide):
SPCA International is a global animal welfare organization with a mission that is simple, but vast: to advance the safety and well-being of animals. Through outreach, rescue and educational programs SPCA International spearheads lifesaving initiatives and assists grassroots animal activists worldwide. One cornerstone program,  OBP:Worldwide, helps U.S. troops safely transport home the animals they befriend while deployed. Since 2008, SPCAI has rescued over 800 animals for U.S. military personnel worldwide.