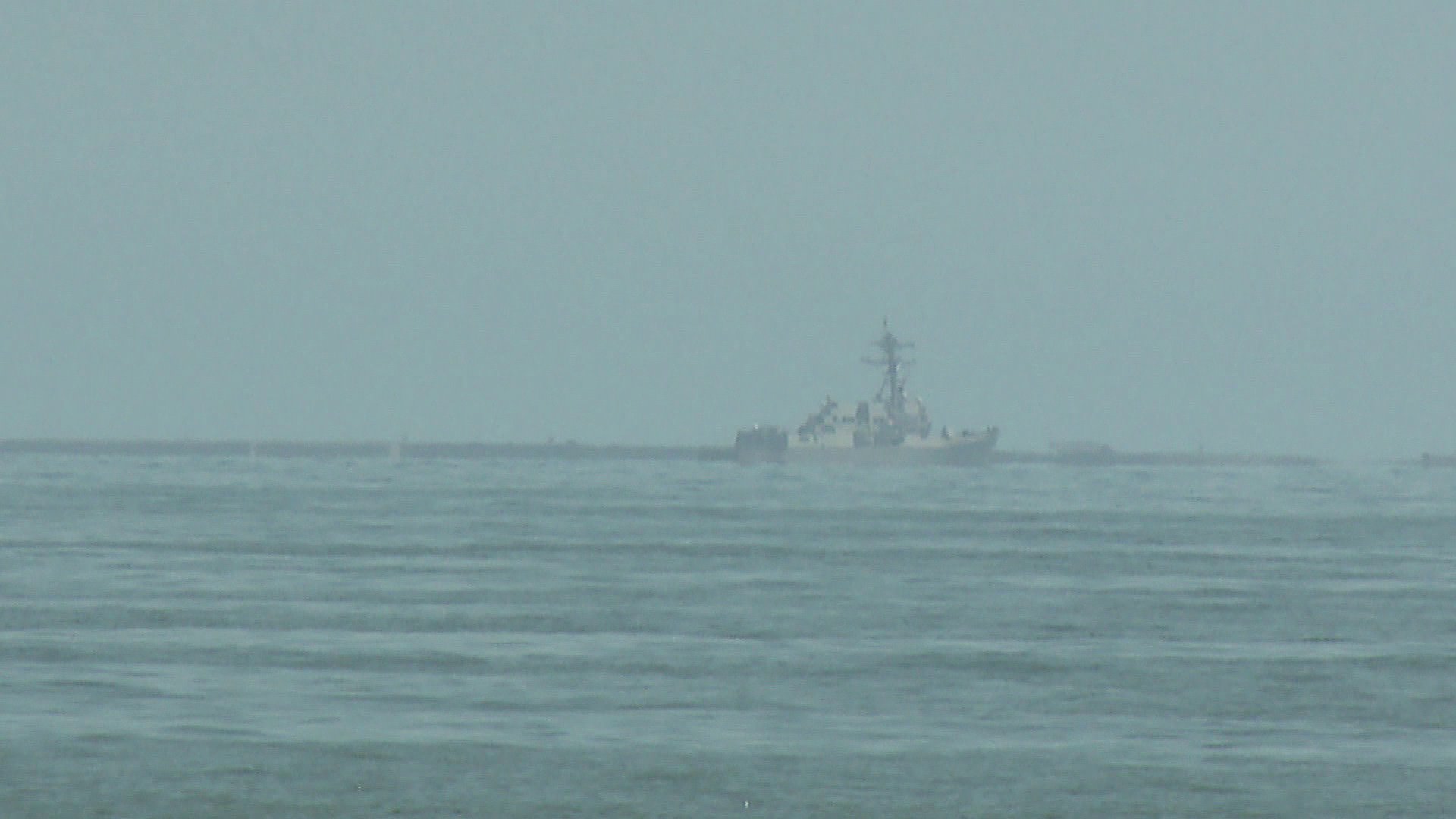 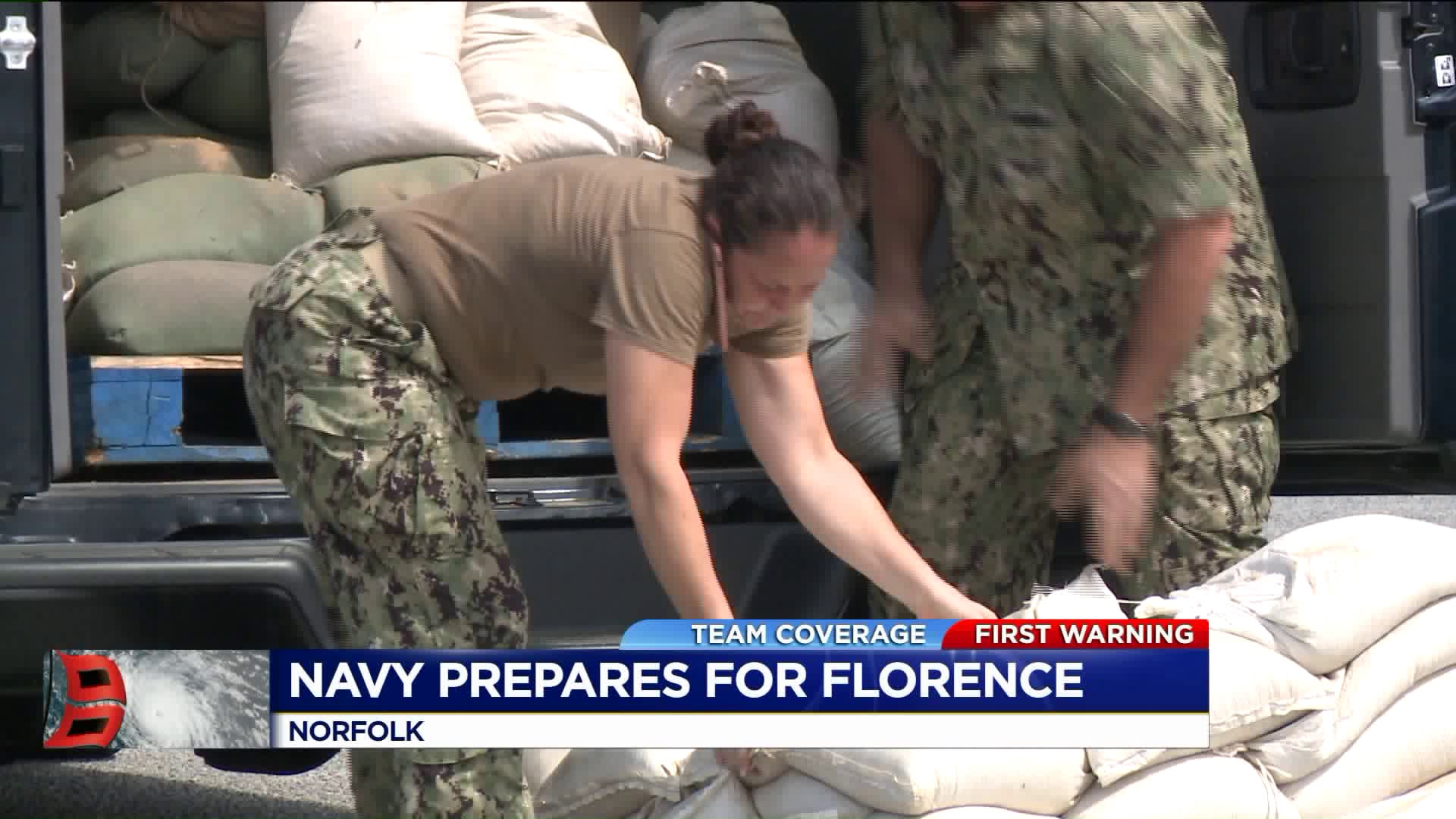 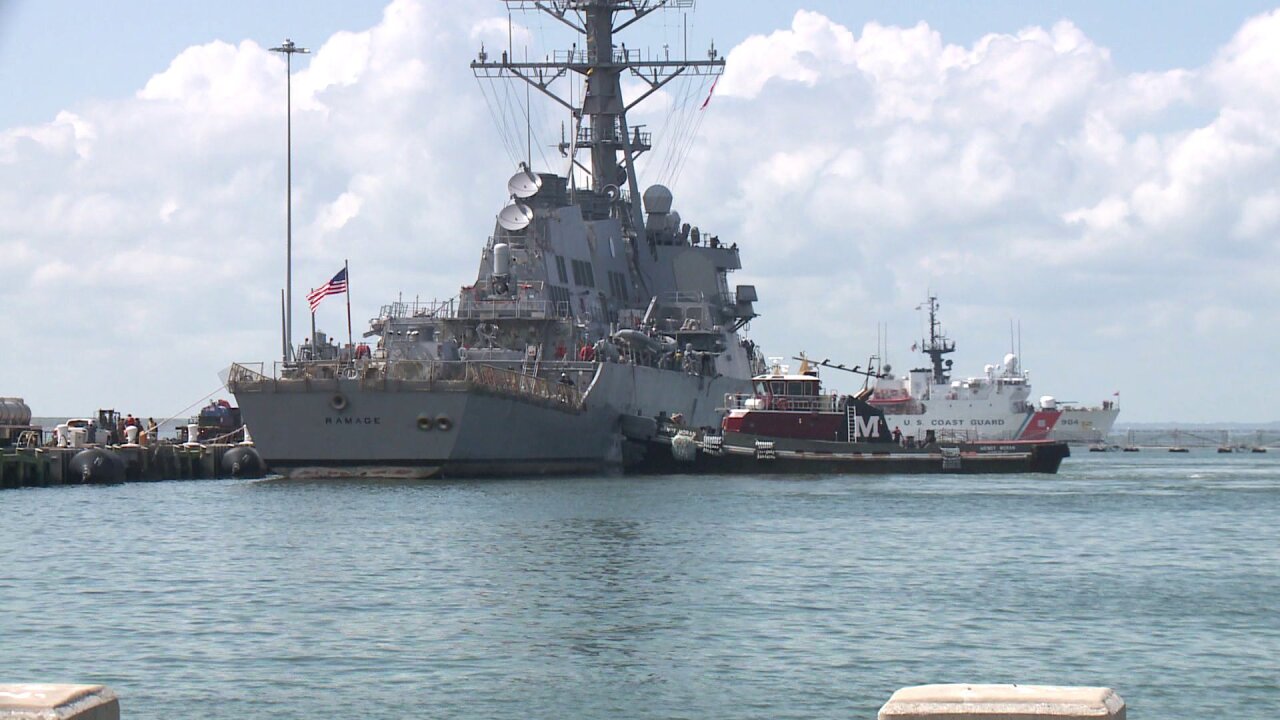 NORFOLK, Va. - The Navy has ordered a sortie for ships in Hampton Roads, with plans to send them out to sea ahead of Hurricane Florence to avoid the storm.

The Navy says the order means nearly 30 ships are preparing to get underway from Naval Station Norfolk and Joint Expeditionary Base Little Creek. Ships are completing final preparations and will begin to leave Monday.

Ships will be directed to areas of the Atlantic where they will "be best postured for storm avoidance," according to a Navy release.

There are some ships that will not get underway due to their maintenance status. Those ships will take extra precautions to avoid potential damage, including the option of adding additional mooring and storm lines, dropping the anchor, and disconnecting shore power cables.

In addition to the sortie order, Navy Region Mid-Atlantic has ordered all Navy installations in Hampton Roads set to Tropical Cyclone Condition of Readiness Three.