Could a new movement lead to a grocery store in Downtown Norfolk? 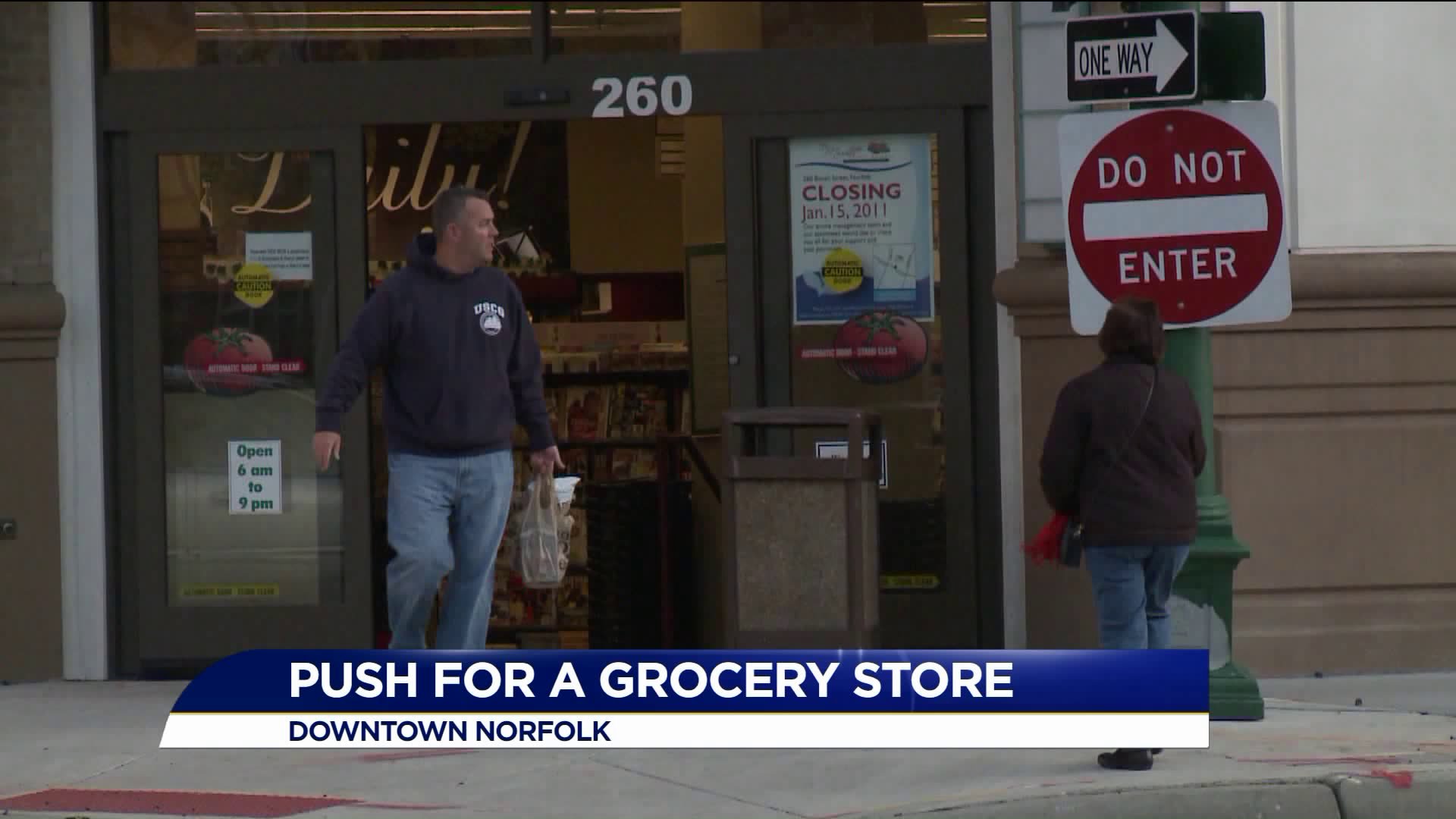 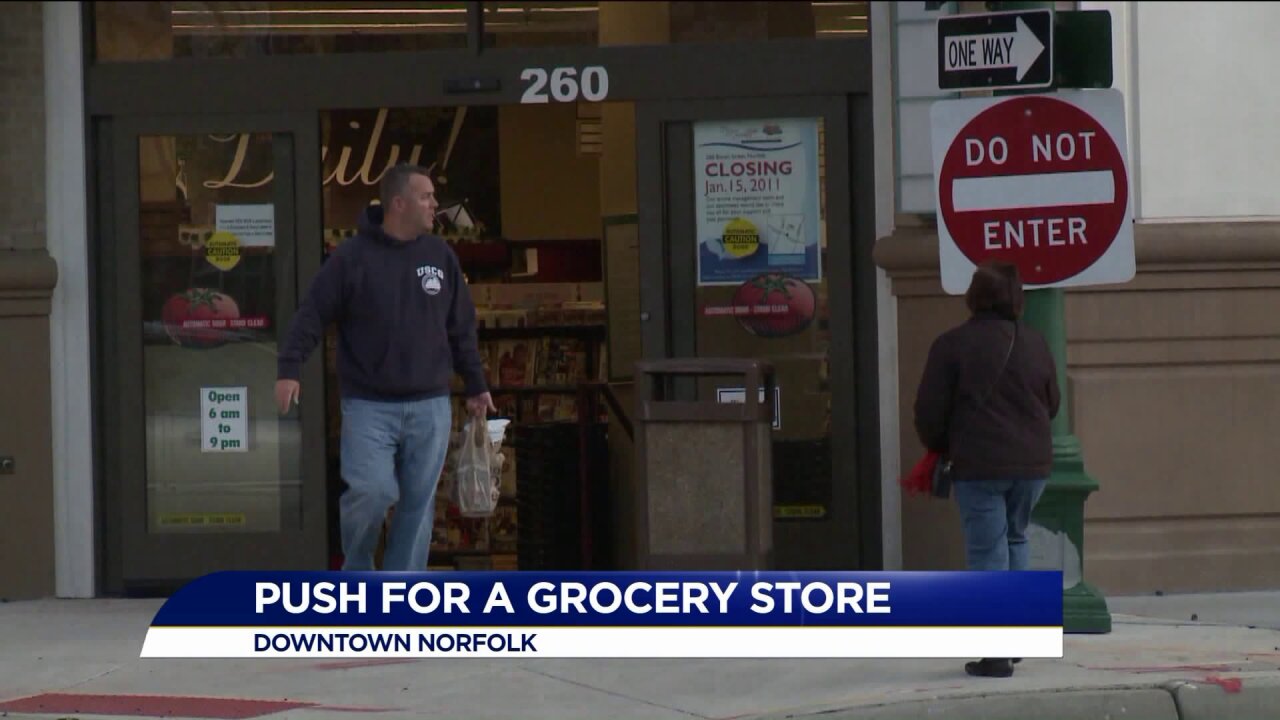 NORFOLK, Va. - The lack of a grocery store in the Downtown Norfolk has some residents talking.

Two women, calling themselves the Grocery Girls are running a movement, "Wanted Urban Grocer" to get a store added Downtown but it may not be what you are picturing.

The women are looking for something smaller scale than say a Harris Teeter or Kroger.

They think smaller is better when catering to Downtown.

"The only thing missing down here is a grocery store," said Linda Hester.

She, along with Randi Ferraro are hoping to meet with grocery chains, city leaders, real-estate agents and anyone who lives or works downtown.

"We're trying to create a groundswell of the citizens and let grocers know there is a citizenry who would be interested," said Ferraro.

It's been more than seven years since downtown had a grocery store. In January 2011, Farm Fresh closed its doors after three years citing low profits. Hester and Ferraro said they have an idea why it wasn't successful.

They are more in favor of what they call an urban grocer, referencing something that's been done in Washington, D.C. and believe it'll cater to the downtown population better.

"You walk out the door and you want things to be within walking distance. A downtown grocery store would be that. I'm going to be there at least every other day, but probably every day," said Avinu.

Ferraro and Hester said there are a number of spaces downtown that would be perfect for an urban grocer, including the Boush Street space where Farm Fresh used to be. They envision most people walking or biking to the grocery store but still having parking available for those who choose to drive.