Man climbs through ceiling during burglary in Chesapeake

A man wearing a hat, black zip-up jacket and sweatpants first burglarized the GMC on South Military Highway in Chesapeake. He then made his way down the street to the Volkswagen dealership.

To enter, the intruder broke a garage window towards the back of the building. He then walked into the customer lounge and realized the doors to the Parts Department were locked.

Video surveillance then showed him entering the men's bathroom. The man climbed through the ceiling and dropped down on the other side of the wall in the Parts Department.

In an attempt to gain access to the Cashier's Office, the suspect shattered the glass door. Once inside, he rummaged through some paperwork and tried to open the register and safe, but was unsuccessful.

Employees said the intruder left empty-handed, but not before causing thousands of dollars worth of damage.

Management filed a police report and officers showed up to the scene to collect evidence. They retrieved fingerprints and other DNA evidence left behind by the man.

This happened around 8:20 p.m. on Sunday. No one was injured.

If you recognize this man you are encouraged to call the crime line. 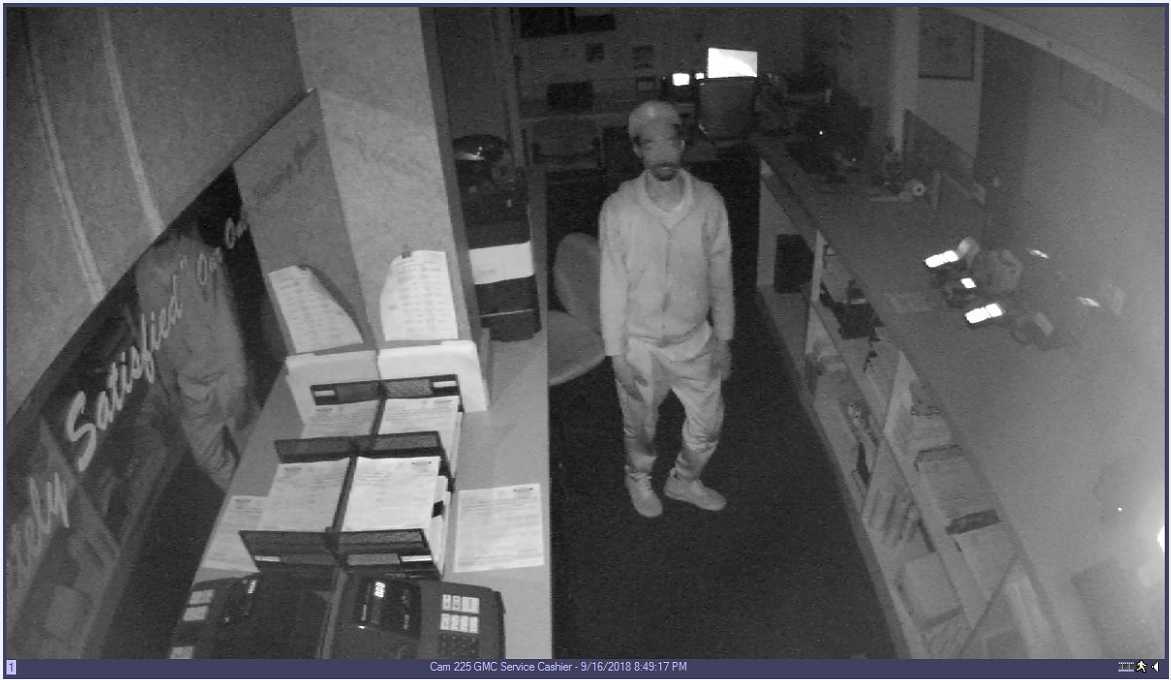