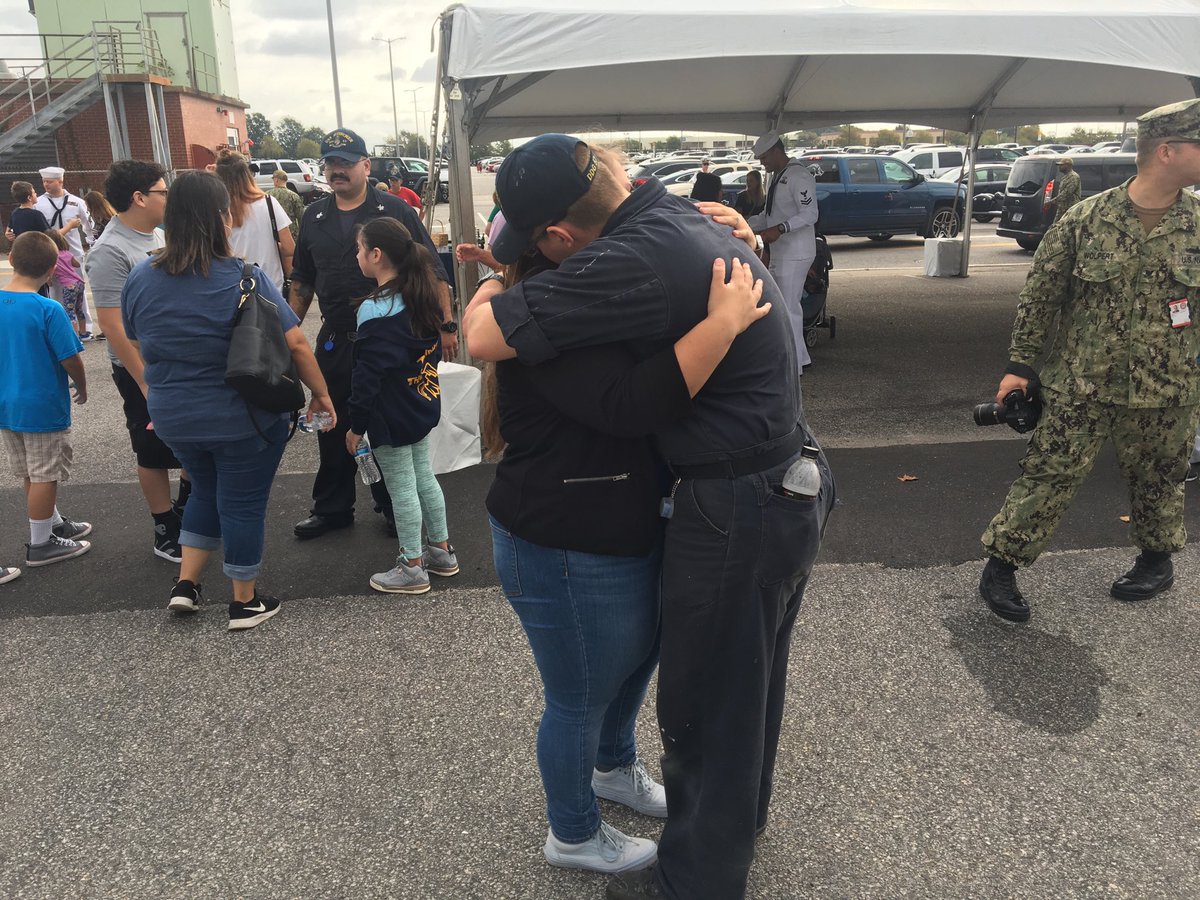 The ship will spend the next 7 1/2 months in and around the Mediterranean Sea and Arabian Gulf in support of the U.S. Navy’s fifth and sixth fleets.

The Mitscher last deployed in late 2014. The 25-year-old ship’s commander, Ian Scaliatine, says it’s seen a lot of upgrades since then, calling it the “most advanced warship in the world.”

Before shipping off, sailors and family members toured the ship, readying their bunks.

For many, there were tears as they said goodbye, which families told News 3 never gets easier.

“Once we get out there it’ll become routine and we’ll just melt the days away, but [saying goodbye] is the hardest part,” said Lt. Chris Scheier.

CDR Scaliatine says this will be the first deployment for roughly half of the sailors aboard the Mitscher.