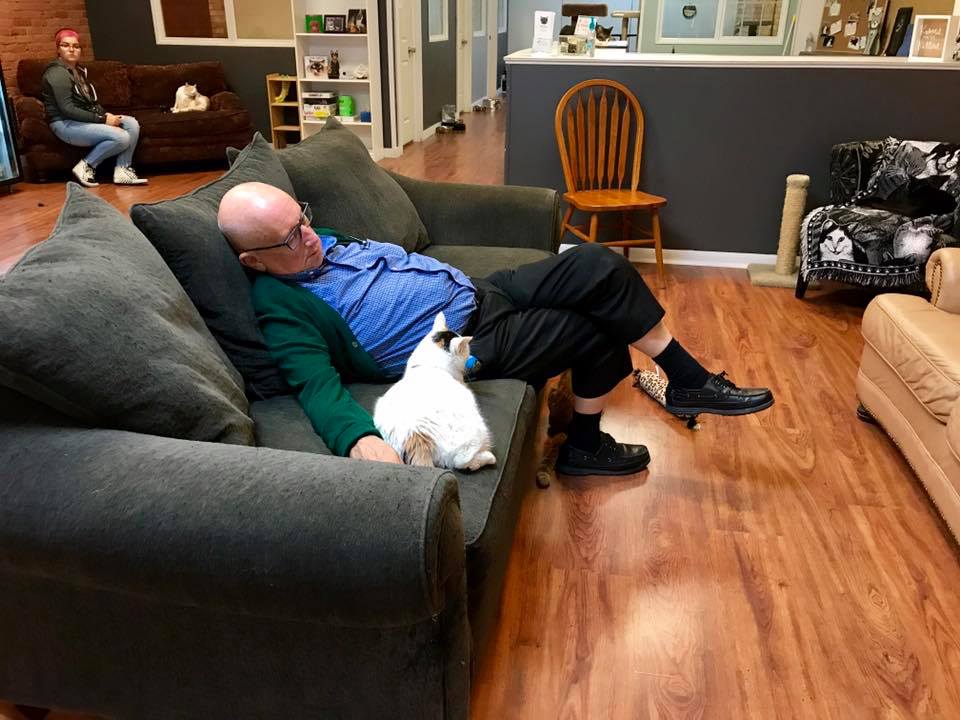 GREEN BAY, Wis. – Could you imagine spending your days taking naps with the cats at your local shelter? Well, Terry in Wisconsin does just that.

It also includes a ‘cat cafe’ that serves cold beverages and offers a lounge to be used for studying, relaxing and hanging with the cats – and in Terry’s case, taking naps.

Safe Haven Pet Sanctuary stated on its Facebook page, “We are so lucky to have a human like Terry. Terry just came along one day and introduced himself. He said he’d like to brush cats. Eventually it became every day. He brushes all of the cats, and can tell you about all of their likes and dislikes. He also accidentally falls asleep most days. We don’t mind – Cats need this! Terry is a wonderful volunteer.”

Terry doesn’t have a Facebook to see all the love he is getting. He was shocked when the Sanctuary told him their post of him napping with the cats had 40,000+ views, and according to the page, he responded, “Now if all of those people would just donate $5 to help the kitties, that would make such a big difference!”

A Facebook fundraiser was started as an easy way to donate in honor of Terry. So far, they have raised over $2,000 in just one day!