CHESAPEAKE, Va. - Neighbors are concerned after they believe their cars were targeted in their Chesapeake neighborhood. George Williams said he's lived in Old Woodlawn Estates for more than 12 years but woke up Monday morning to discover his wife's car was stolen. He immediately ran to tell his wife.

His wife drives a Cadillac CTS V. It was parked in the driveway in front of their home. Williams believes it was stolen between 1:50 a.m. and 5 a.m.

"Last night I slept downstairs with my weapon on my side...and that's not the type of neighborhood you want to be in," he said. 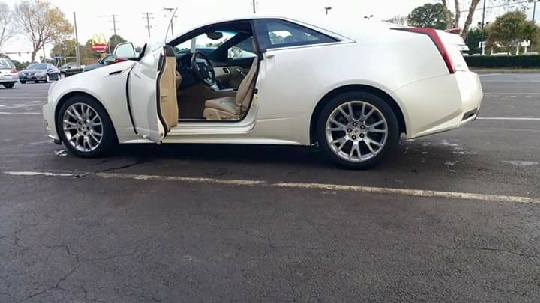 However, the Williamses weren't alone. News 3 spoke with other neighbors in Old Woodlawn Estates who said their cars were ransacked that same night. A neighbor with surveillance cameras sent News 3 video showing a car driving into the neighborhood and three people getting out. Another neighbor sent News 3 a clear photo of who they think one of the suspects is.

"I'm concerned too because if you don't nip this in the bud, it's going to get worse. They're going to keep going from community to community," said Jacqueline Hardy-Harris, a neighbor who is also a retired Miami Police officer.

Williams said police came to his home to investigate and to try to collect evidence. Meanwhile, he's planning a big decision, including selling their nicer cars.

"I told my wife I want to sell my house, just get out of the neighborhood. I've been here for 12 years, and the last two have been rough," said Williams. "It's just sad - a person who works hard cannot buy what they want."

Regardless of what happens, many neighbors in the community said they're showing a united front and are looking out for one another.