Fresher than ever: Will Smith celebrates 50th birthday with epic bungee jump over Grand Canyon 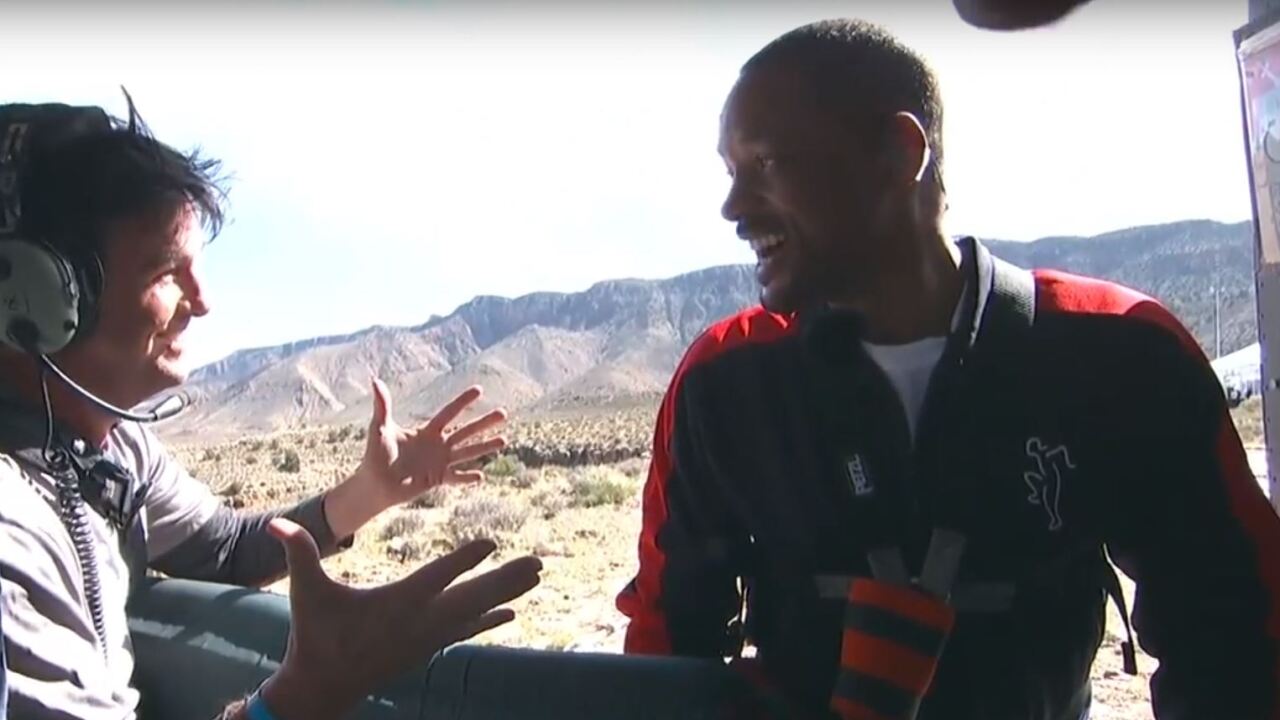 ARIZONA – He’s come a long way from spending most of his days on the playgrounds of West Philadelphia.

One’s 50th birthday is a huge milestone, and on his September 25 “born day” actor/rapper Will Smith went all out by bungee jumping out of a helicopter over the Grand Canyon. He was joined by his family on the momentous occasion: wife and fellow actor Jada Pinkett Smith; his daughter, singer Willow Smith and his sons Trey Smith and actor/rapper Jaden Smith.

He shared a photo of himself with the rest of the Smith clan before the event:

My Squad holding me down for my big 5-0. We’re gonna start live streaming on my YouTube soon, link in bio #willsmiththejump

Smith was also reunited with his friend and “Fresh Prince of Bel-Air” co-star Alfonso Ribeiro during a pre-jump interview. The jump was streamed live on the actor’s personal YouTube channel to help raise awareness and donations for Global Citizen‘s education campaigns.

This all started as a dare from the four-person collective Yes Theory, described as strangers who “bonded over the idea that life is best lived outside of your comfort zone.” The group helps people confront some of their biggest fears and discomforts, all while making videos in the process. Smith has teased the jump for months.

Smith’s fear? Heights. He said he and his family first visited the Grand Canyon in 1976, but he was unable to fully take in its beauty due to fear.

“All my family walked up to the edge but I stayed back, too scared to take in the beauty. I’ve made it a point in my life to attack anything that I’m scared of,” he said in the video. “I hate being scared. When the guys at Yes Theory challenged me [to bungee jump] I said, ‘Damn it,’ because I hate being scared.”

Naturally, the jump set the internet on fire. People from all over the world tuned in to see the actor bravely make the 1,000-foot jump, of which he spoke highly once he made it back on the ground.

“It’s like the whole Grand Canyon is mine. It’s like no one will ever have that view,” Smith said. “It’s almost like you need the terror to experience the bliss. It’s spectacular! I would definitely do it again! It’s spectacular.”

If you ever needed the extra push to face your fears, this is it.