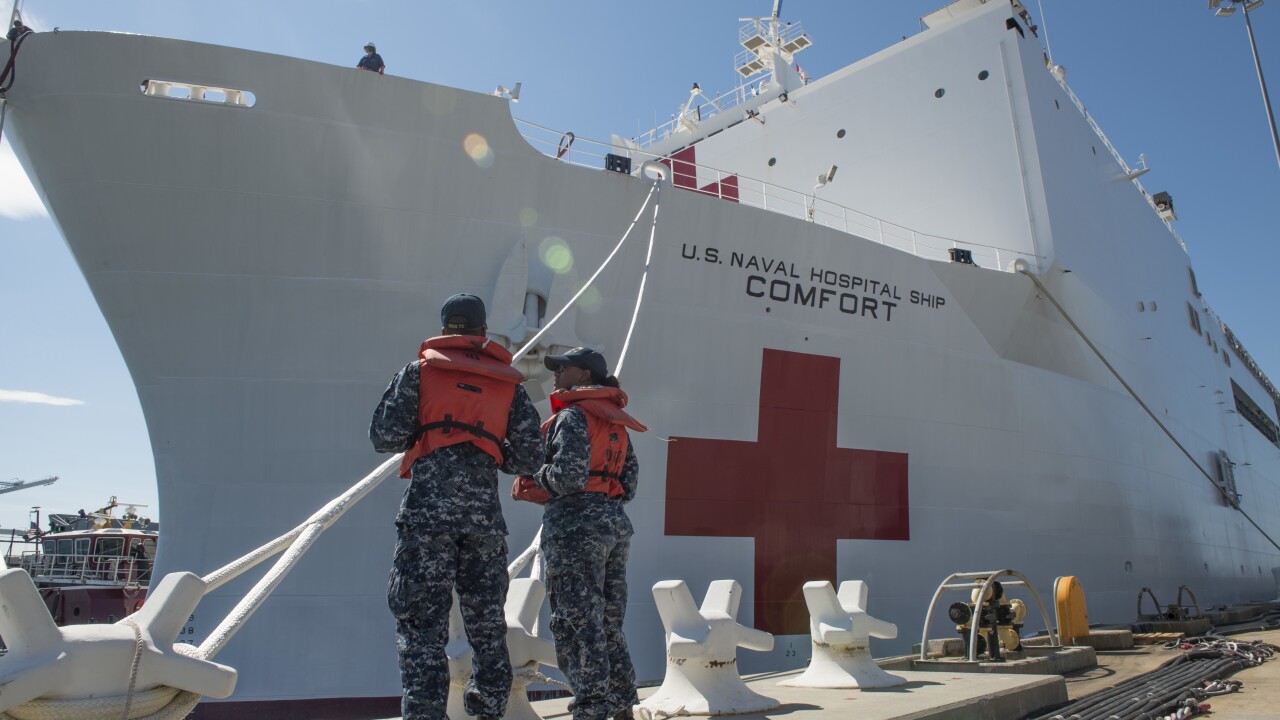 The USNS will be conducting an 11-week medical assistance mission, while working closely with host nation health and government partners in Ecuador, Peru, Colombia, and Honduras.

The purpose of the deployment is to help relieve pressure on host nation medical systems, which is partly due to an increase in migrants crossing their borders and provide care to the communities.

The ships crew will include over 200 U.S and partner nation military doctors, nurses and technicians, 60 medical and dental professional volunteers from non-government organizations to also provide medical assistance and a smaller team of civil service mariners who will oversee the ship’s operation and navigation.

While planning for USNS Comfort’s mission, health ministries in each country will select patients with medical needs that can be evaluated and treated by the hospital ship’s on-board surgical services and capabilities. Other medical services will be available to individuals on a first-come, first-served basis at the USNS Comfort’s on land medical sites.

According to officials, this mission will be the sixth time the hospital ship will provide medical assistance in the region. Since first deploying to the region on a similar mission more than a decade ago, the hospital ship has visited 18 nations in the Caribbean, Central America, and South America while providing medical treatment to nearly 390,000 people, including more than 6,000 surgeries.

In the aftermath Haiti’s destructive earthquake in 2010, the ship deployed there and treated more than 870 victims who were seriously injured during the disaster and performing roughly 840 surgeries.

SOUTHCOM is one of the nation’s six geographically focused unified commands, with responsibility for U.S. military operations in the Caribbean, Central America, and South America.

With nearly one quarter of the staff at Naval Medical Center Portsmouth being deployed with the USNS Comfort, the following changes will take place: