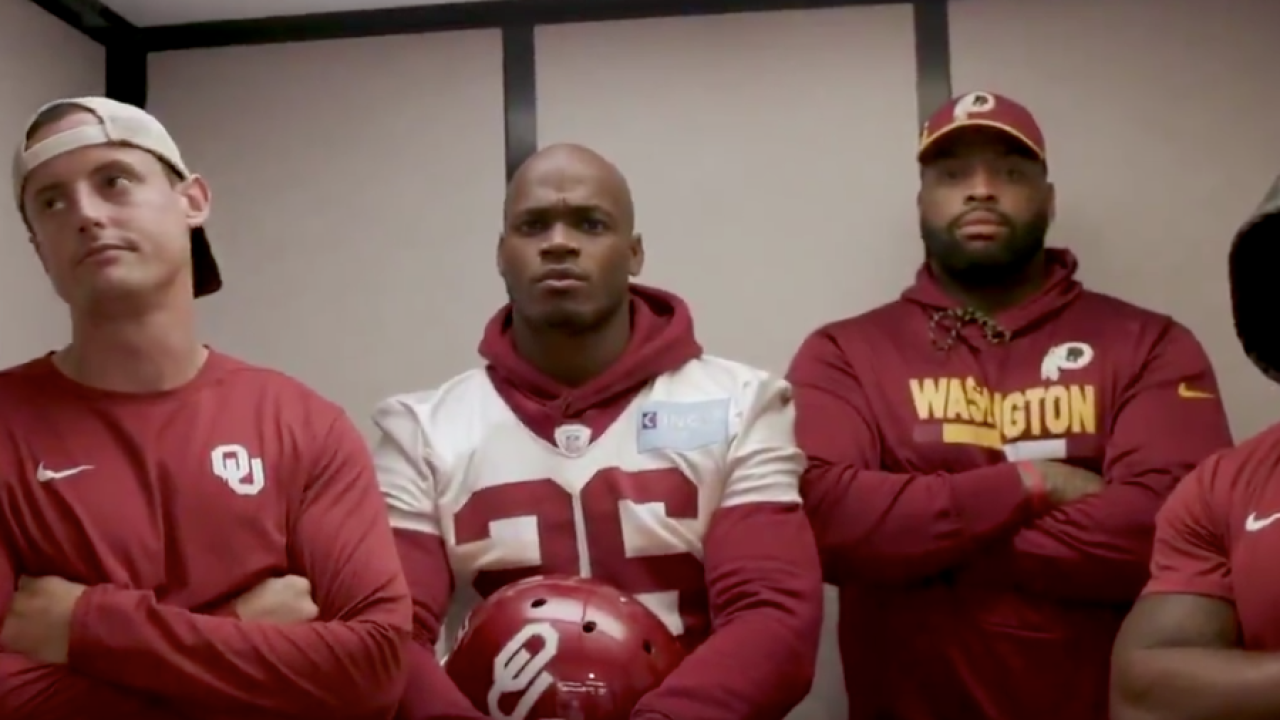 ASHBURN, Va. – There’s Army-Navy, Michigan-Ohio State, LSU-Alabama, and then there’s the Red River Rivalry. Texas vs. Oklahoma is one of the most anticipated college football matchups each season.

This year at Redskins Park, there’s a handful of vested interests in Saturday’s contest. ‘Skins backup quarterback Colt McCoy went 3-and-1 against Oklahoma during his time as a quarterback at Texas. He is the lone Longhorn on the Redskins roster.

On the other side though, there are more than a few Sooners on the squad. Punter Tress Way, running backs Adrian Peterson and Samaje Perine, and offensive lineman Trent Williams all attended Oklahoma.

That could make for some very awkward encounters during rivalry week:

All bragging rights have belonged to the Boomer Sooners lately, as Oklahoma has won two straight in the series.