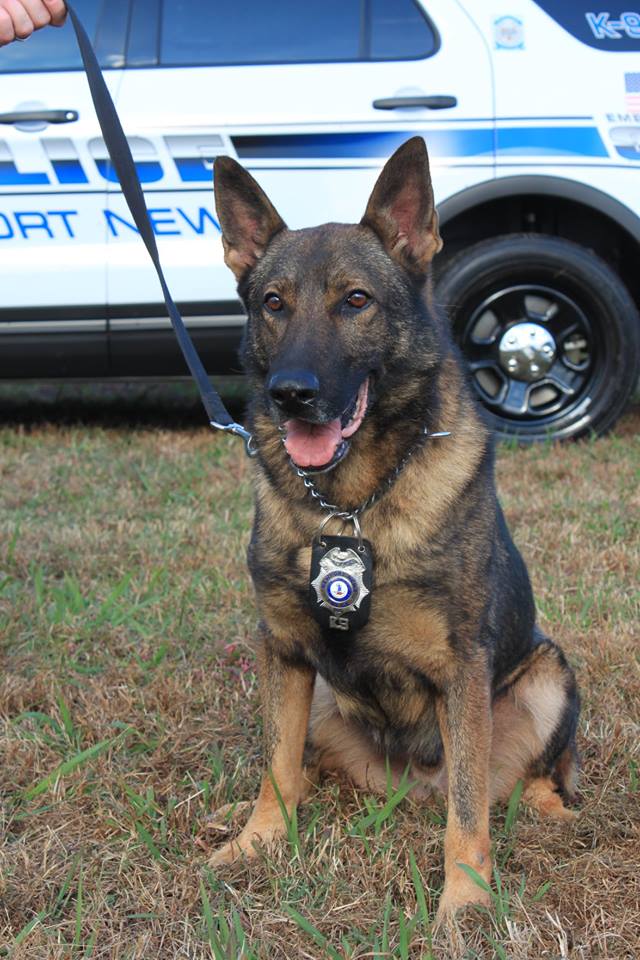 NEWPORT NEWS, Va. – The Newport News Police Department announced Thursday that one of its K-9s, Klause, has been retired from service.

Klause was born December 3, 2009, and was purchased by the department on November 10, 2010. He was trained in patrol work and explosives detection, and served the department for nearly eight years.

K-9 Jakk, who was purchased in January as Klause’s replacement, began explosives detection school this week.

According to the department, Klause’s retirement was due to long-term health problems. He will continue living with his handler, MPO Ruhlen.