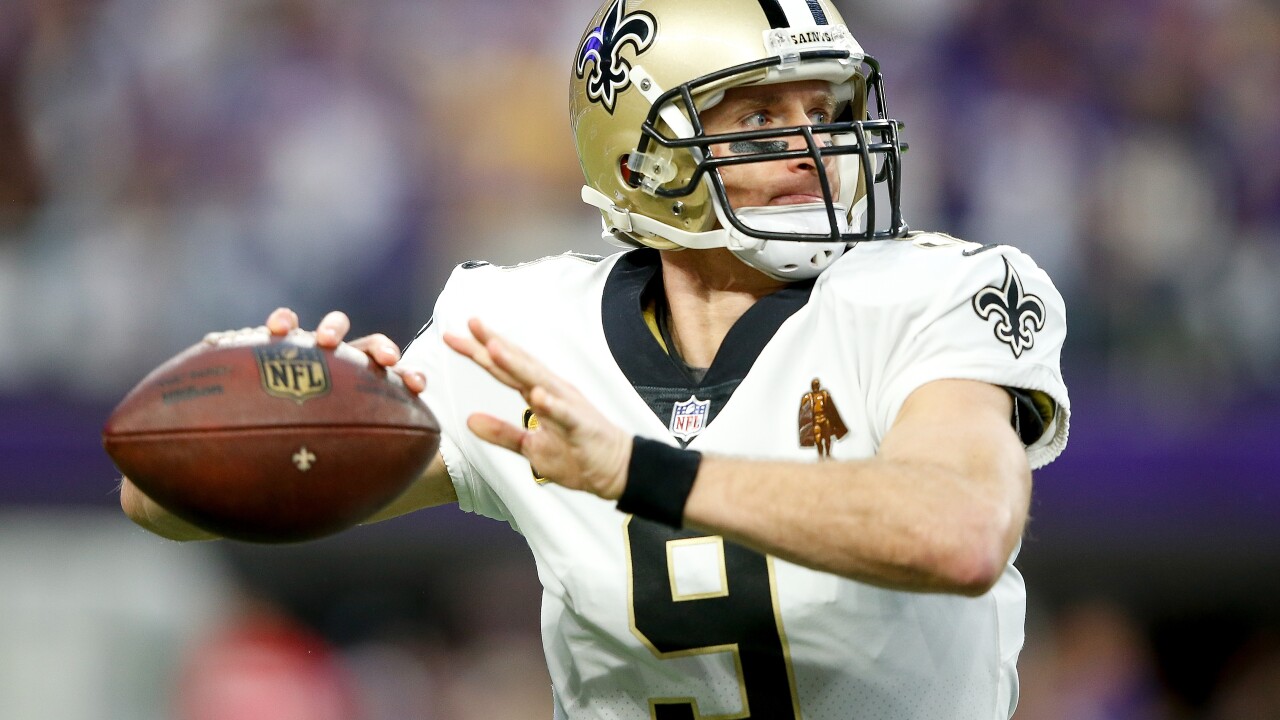 NEW ORLEANS, La. – History has not been kind to the Redskins on Monday Night Football. However, tonight in New Orleans – Washington will almost definitely be part of history. The ‘Skins just hope to see history, then put their Monday misery to history.

According to Sports Illustrated, in his last 10 home starts on Monday Night Football, Brees has thrown for 3,461 yards and 34 touchdowns with just five interceptions. The Saints have scored 27 or more points in all 10 of these contests with an average of 37 points per game.

Monday’s match-up features one of the NFL’s premiere defenses against one of the league’s top scoring offensive units. The Redskins enter Week 5 following the bye week with the No. 2 ranked defense in points per game (14.7 avg.).

Kickoff is set for 8:15 p.m. eastern time inside Mercedes-Benz Superdome in New Orleans. News 3, Hampton Roads’ home of the Redskins, will have live pregame coverage from the field during News 3 at 5:00 p.m. and News 3 at 6:00 p.m.