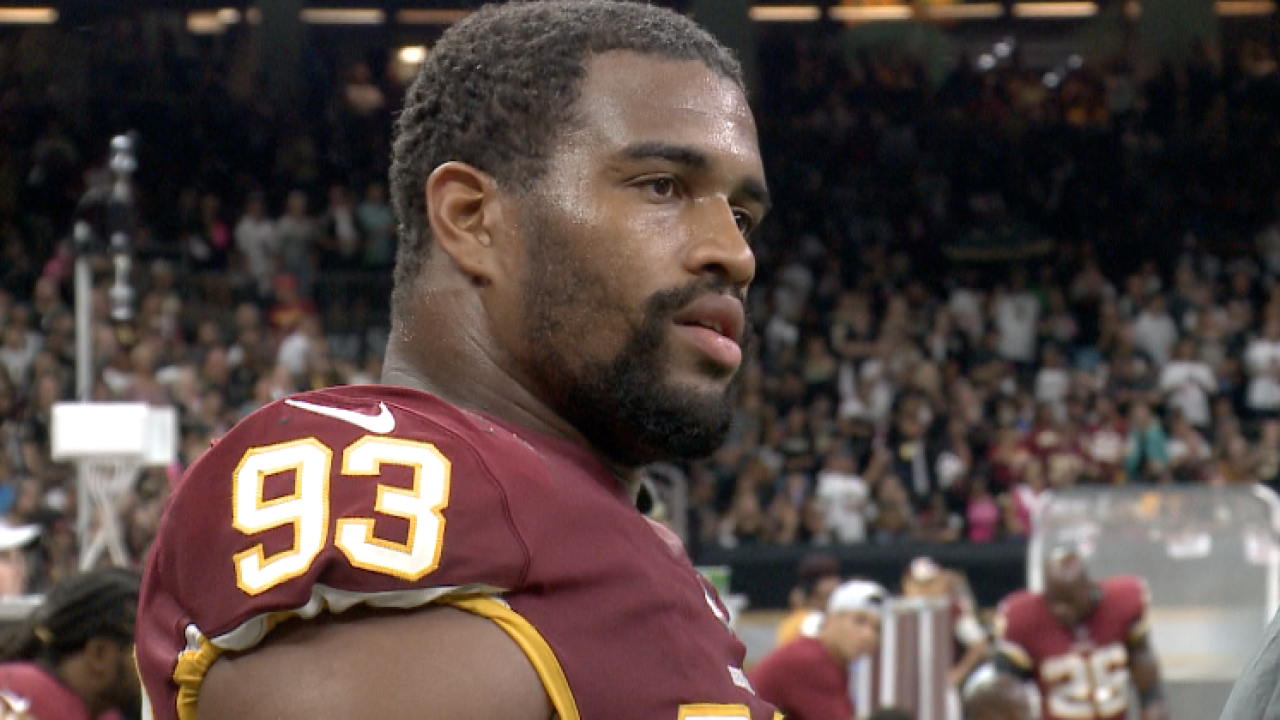 NEW ORLEANS, La. – As Washington’s defense appeared lifeless during a 43-19 blowout loss vs. New Orleans on Monday Night Football, the postgame locker room was not flat.

Before boarding my flight back to the east coast, I wanted to drop this on your timeline.

During last night's #Redskins loss in #NOLA, @jonallen93_ was as emotional as we've seen him – both on the sideline & in the postgame locker room.#HTTR #WASvsNOhttps://t.co/bcg345ppnk pic.twitter.com/khgqpEZHuZ

The Redskins defense, ranked among the top five in the NFL entering the game, allowed Drew Brees and the Saints to rack-up 447 yards of total offense. Allen had five tackles in the loss.