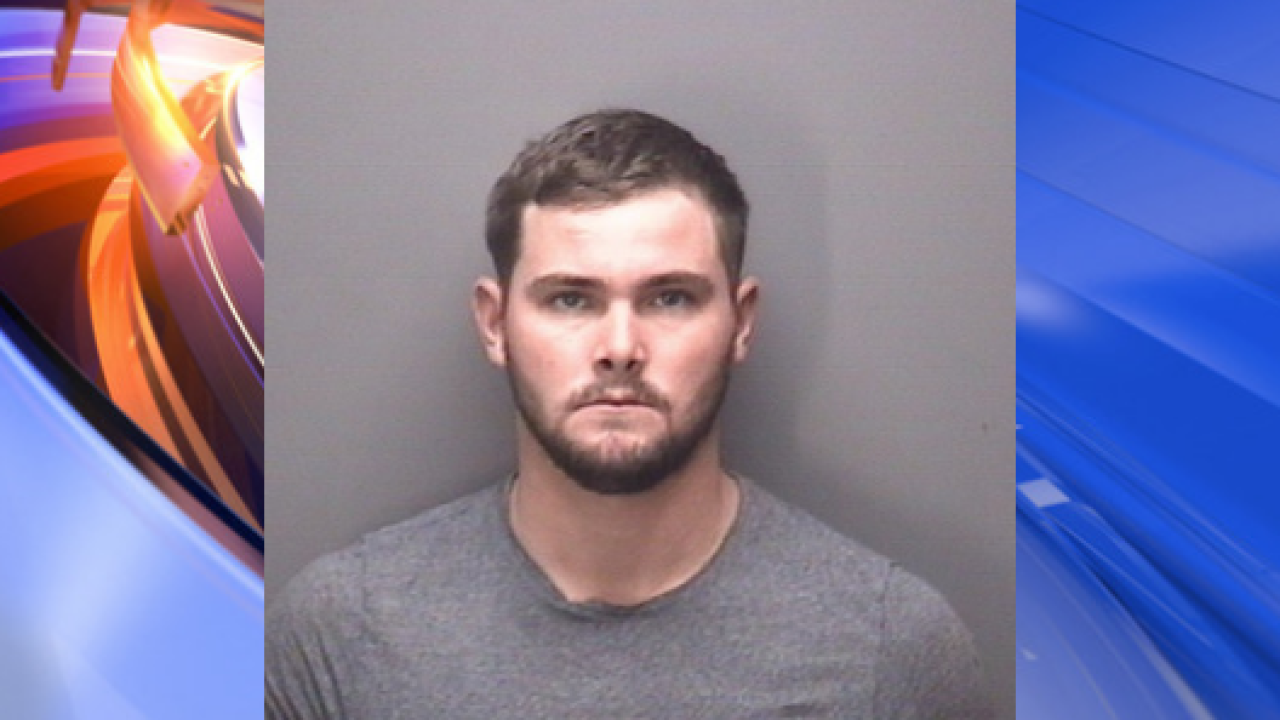 SUFFOLK, Va. – Suffolk Police have arrested a man on multiple animal cruelty and other charges following an investigation that began in July.

25-year-old Jacob Richard Romes Chappell of Suffolk was arrested Wednesday on a total of 27 charges, including Animal Cruelty (15 counts), Fail to Care for Animals (11 counts) and Torture Dog or Cat Causing Death (1 count), after Suffolk Animal Control responded to a residence in the 5800 block of Mineral Spring Road in order to perform a welfare check on dogs at the location.

During the preliminary investigation a deceased dog was found inside one of the pens next to the residence, along with a dog that was experiencing a heat related health emergency and barely able to stand. There was no water and no shelter in the pen and the animal was seized and taken to a local veterinarian for emergency care.

The body of the deceased dog was sent for a necropsy to determine the cause of death.

Additional dogs were in other pens at the residence, several of which had little to no shelter on concrete or dirt floors to the pens and limited access to water during extreme heat conditions. These dogs were also seized due to the threat to their immediate safety and health.

The dogs are in the custody of Suffolk Animal Care and will be available for adoption once they return to full health.