CHESAPEAKE, Va. - A house burst into flames in the 2500 block of Lofurno Road Sunday evening.

Crews were dispatched at 5:44 p.m. after several calls reporting that a house had exploded. Units arrived three minutes later to find the single-family home suffering from "devastating" damage and on fire. A tree and neighboring house were also on fire.

The Incident Commander immediately called for a second alarm to bring additional resources to the scene.

A natural gas line caused the explosion, according to the Chesapeake Fire Department.

Viewers tell News 3 the "massive explosion" could be felt from blocks away.

News 3's Aleah Hordges spoke with a neighbor next door who helped rescue two homeowners who were inside after the explosion. He said it happened right before his eyes.

"My wife came to help because we love them. I just can't believe what I saw today. My whole house caught on fire and their house blew up; it was a lot to swallow," said Joseph Gandia.

Gandia said he was outside in his backyard when he saw the home burst into pieces and the front door fly across the street after the explosion.

"I just tried my best to run over there and see who was OK and then when I get to the front of their house I seen [sic] Mrs. Faye - the old lady that lives there - who's crippled, just covered in the couch," mentioned Gandia. "She just sits in the recliner all day and everything was on top of her, and I had to pull these big pieces of roof out of the way so I could get to her. She was on fire and we finally got in there and I was able to go ahead to start moving rubble off of her and then other people started rushing in to help me."

According to a 10:45 p.m. updated, authorities said nine people were injured in the explosion. It was originally reported that only three people were hurt in the incident.

The two homeowners were taken to Sentara Norfolk General Hospital with critical injuries.

On Tuesday officials said one of the people inside the home at the time of the explosion died overnight.

Four adults were treated and released on scene. Neighbors took another adult to Sentara Norfolk with unknown injuries.

Firefighters quickly overpowered the fire, which was brought under control at 6:29 p.m. Crews worked with the gas and power company to make sure the scene was safe before the fire was fully extinguished at 8:55 p.m.

Gandia said he would have helped his neighbors all over again, although in fear for his life.

"I know that lady very well and we're a real close community in this neighborhood. I couldn't watch her die and buried under that stuff, so we did what we had to do," he said.

Man who helped rescue two homeowners inside of home during gas explosion in Chesapeake. FULL INTERVIEW TONIGHT at 10 on @WGNTCW27 and 11 on @WTKR3 https://t.co/zEbxtnfbnK pic.twitter.com/3PqurKLOBi

HAPPENING NOW: Officials say crews are hosing away gas on the ground to avoid another explosion. Waiting on gas company to secure the gas line, THEN crews will extinguish any hot spots. Will be out here for a while https://t.co/zEbxtnfbnK pic.twitter.com/uhgZh5uGqV

The Red Cross is helping the residents of the second home, a family of six, with lodging arrangements after they were told they could not stay in the house due to damage from the explosion. They were not injured in the incident.

The cause of the fire is under investigation by the Chesapeake Fire Marshal's Office.

Locals are asking for donations to help the family who has lost everything in this explosion. 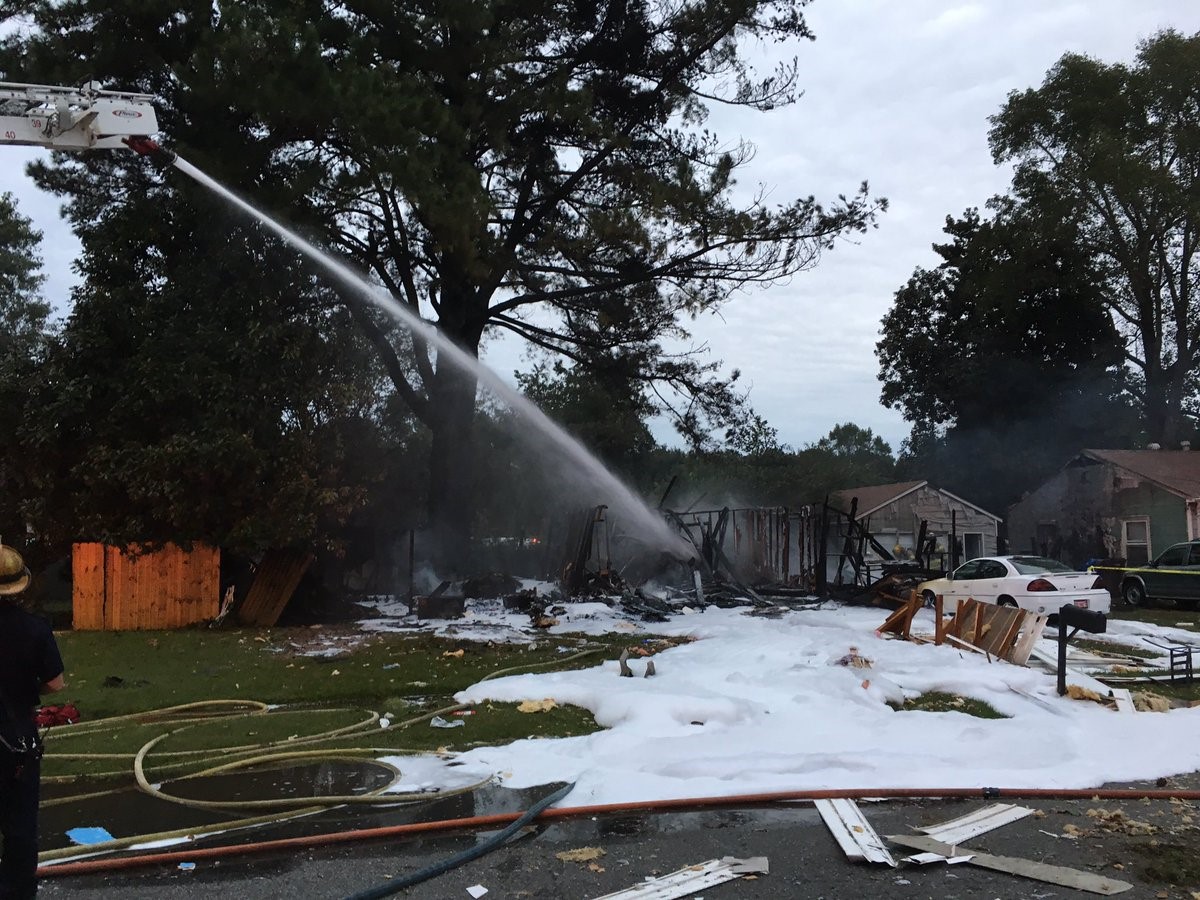