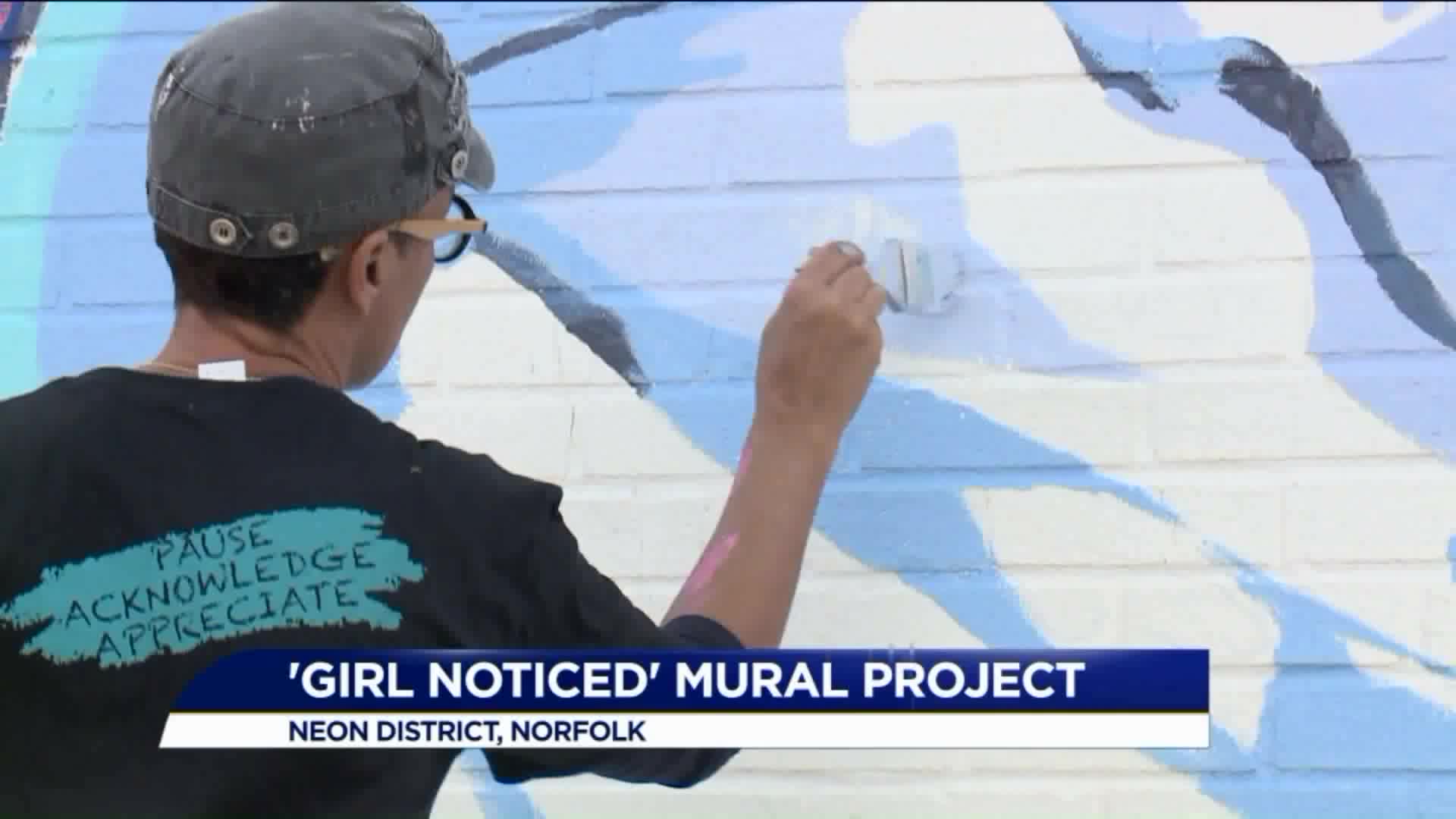 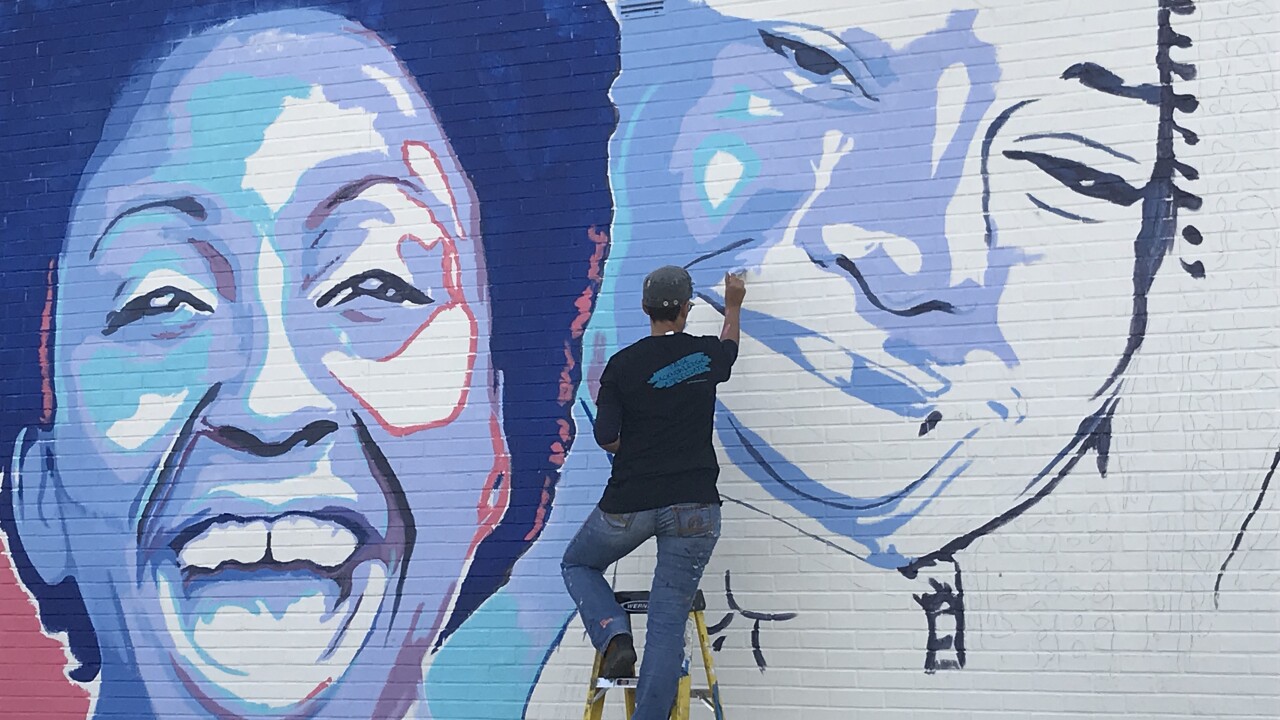 NORFOLK, Va. - A Florida painter has brought her national project to the NEON District.

Since Monday, Lori Pratico has been working to transform a blank wall near the intersection of Boush and Olney Streets into a work of art with a purpose.

"I want young girls to know that they always have a voice and that they are okay just the way they are," said Pratico.

The mural Pratico has been working on is part of her national project, "Girl Noticed." Her Norfolk stop marks the 13th state she has painted in.

Four women from Hampton Roads appear in the mural. They were chosen by Pratico after being nominated for their work to empower others.

The work of art is expected to be complete by Thursday night, but it won't remain in the NEON District forever. The wall it's being painted on it scheduled to be knocked down. Practico says the demolition is all part of her project's message.

"It's called 'Girl Noticed,' which means there is a window of time to notice the girl, notice what makes her feel good about herself before that could change or fade away and not be there at all," she said.

While the mural will not be here forever, Pratico hopes the community's effort to highlight women making a difference will stay long after it's gone.