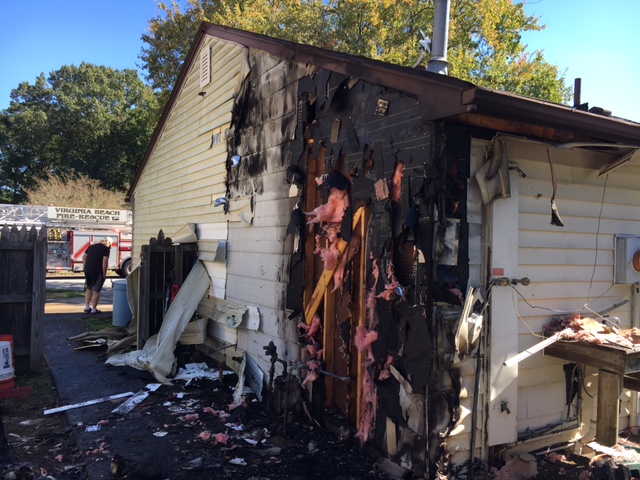 VIRGINIA BEACH, Va. – The Virginia Beach Fire Department responded to a residential fire caused by the remnants of a fire pit Monday.

Crews responded just after noon to a call for help in the 800 block of Saint Martin Drive. When they arrived, heavy smoke and flames were reported from the rear right side of a home.

Firefighters were able to quickly extinguish the fire before it could extend inside the home, limiting the damage to the siding and a portion of the house’s right wall.

The homeowner told firefighters that he had discarded ashes from a fire pit used the night before into a plastic trashcan on that side of the house.

A natural gas meter was also located in the same spot, and although the meter was damaged, there was no gas leak and no ignition of natural gas.

There were no injures reported.