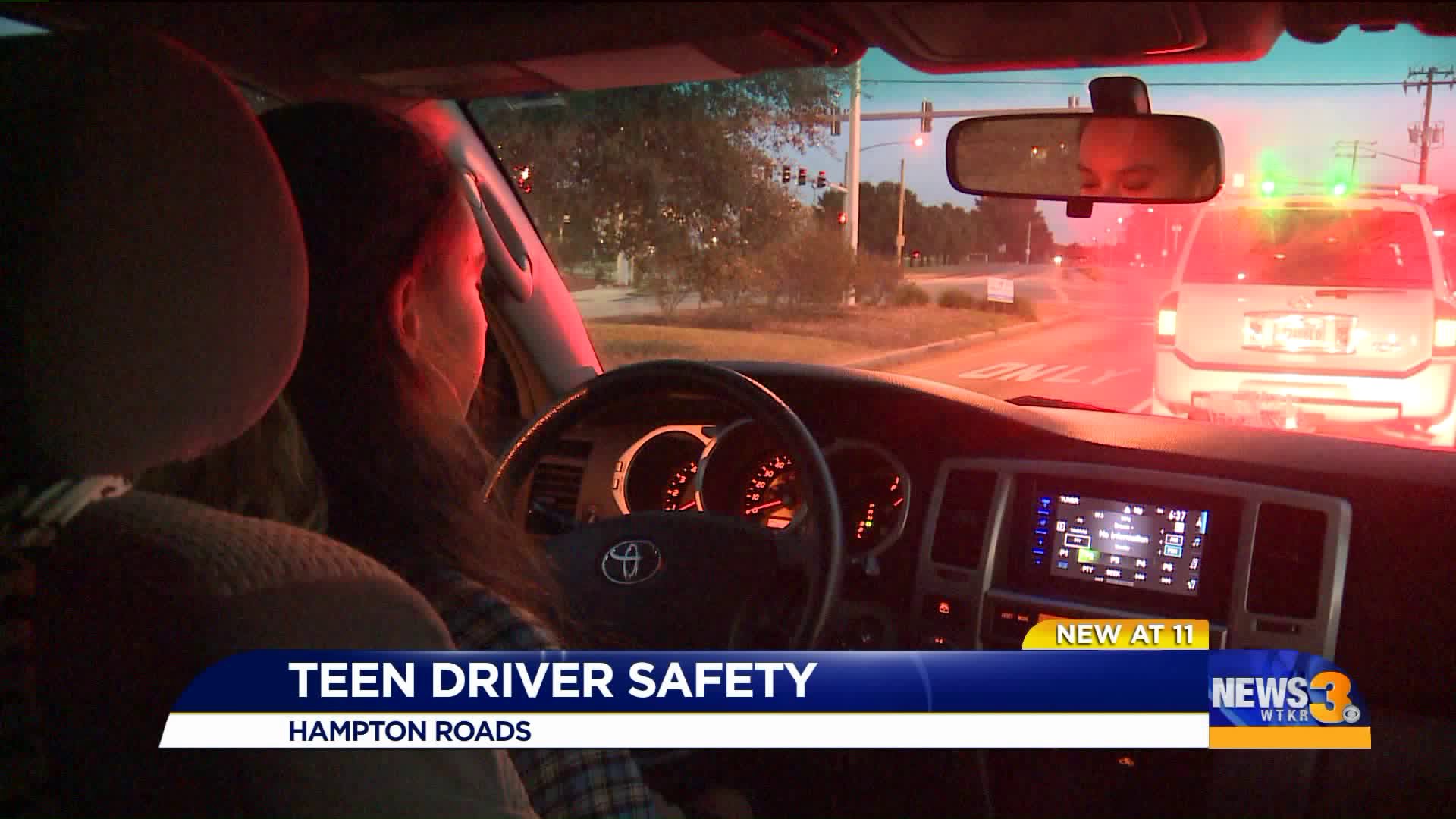 HAMPTON ROADS, Va. - At least twice a day, five times a week, Tyller Holden unlocks her car, gets behind the wheel and heads toward her destination, which is usually school.

She said her mom was her instructor and made sure she knew was responsible on the road before driving on her own.

"As a new driver, I wanted her to make sure she didn't have her phone with her, so it was tucked away in the back seat so she doesn't get tested," said Madeline Kellerhals.

That's something David Hill, a driving instructor in Virginia Beach, agrees with. He believes phones shouldn't be in the front seat at all - even if it's a passenger using the phone - unless for GPS. For teens who drive with others in the car, Hill has a suggestion.

"Put a $5 gas penalty on it. You look at your phone when you're driving with me, you gotta put $5 into the car," said Hill. He said he guarantees the other teen passengers will put their phone away and let the teen driver focus on driving if this is instilled.

According to the Virginia State Police, of the 56 deadly car crashes so far this year, 28 people weren't wearing seatbelts. Seatbelts, along with alcohol, distracted and drowsy driving, speeding and having passengers in the car, are the biggest dangers to teen drivers.

"That was a number one priority: making sure she used her seatbelts at all times," said Kellerhals. Holden doesn't take the car out of park until her seatbelt is on and she's checked her mirrors.

Kellerhals said right now, her daughter drives with family or alone, not with friends just yet. This ensures she's not distracted.

"Whenever I drive my brother around anywhere, he knows to not yell at me or point at something so I don't turn my head," said Holden.

State Police said the risk of a deadly crash increases with the number of teen passengers in the car.

Hill said, "Driving is much more complicated than steering the car. Anybody can steer a car and learn how to go left and right."

He believes teen drivers should only drive with their parents until they are more comfortable and experienced on the road.