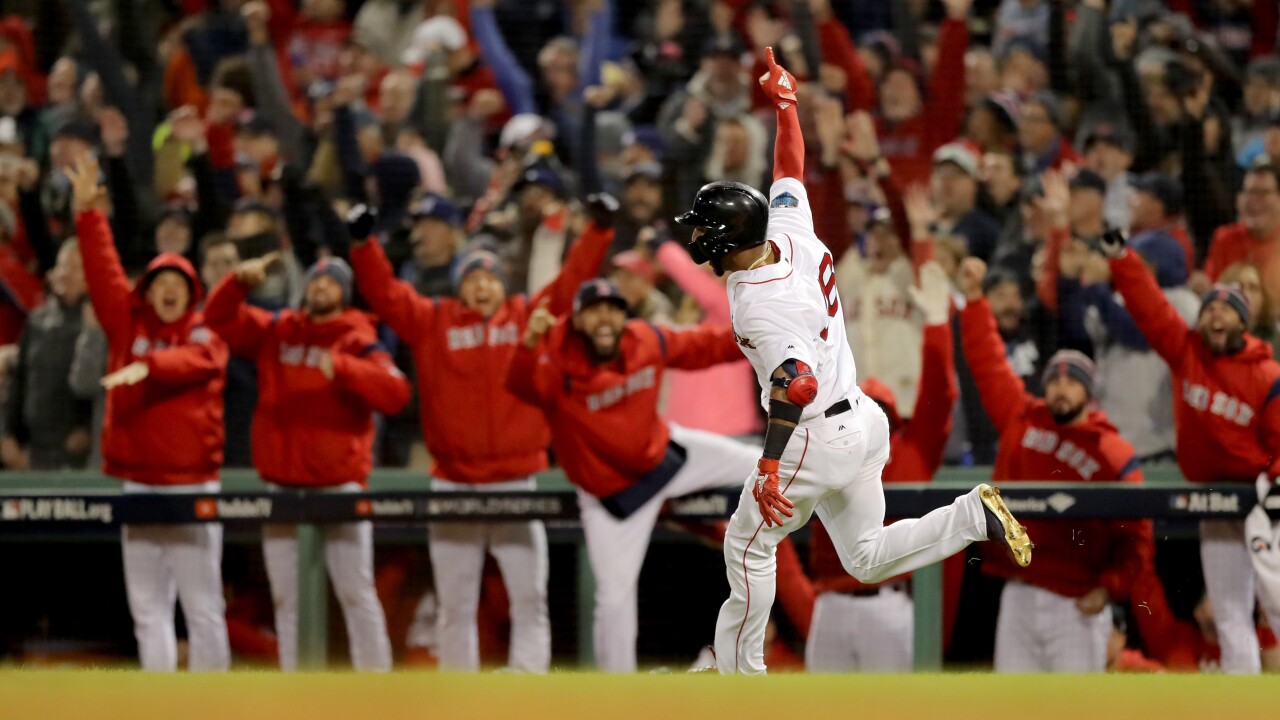 The dugout reacts as Eduardo Nunez of the Boston Red Sox celebrates his three-run home run. (Photo by Elsa/Getty Images)

BOSTON, Mass. – The relentless Red Sox picked up where they left off in the American League Championship Series.

After scoring 27 runs in its final four games vs. the defending champion Houston Astros in the ALCS, Boston explodes for eight runs in an 8-4 World Series opening win vs. the Dodgers Tuesday at Fenway Park. The Red Sox, winners of five straight postseason games, lead the best of seven World Series, 1-0.

Clayton Kershaw of the Los Angeles Dodgers reacts as he is taken out of the game. (Photo by Rob Carr/Getty Images)

Boston’s Andrew Benintendi went 4-for-5 with three runs and an RBI. The Red Sox’ Eduardo Nunez delivered the big hit of the game, when he delivered a pinch-hit three-run home run in the seventh inning.

Los Angeles ace Clayton Kershaw was tagged for five earned runs on seven hits in four innings. He’s 9-and-9 all-time in the postseason. Boston reliever Matt Barnes earned the victory for his scoreless inning of relief.