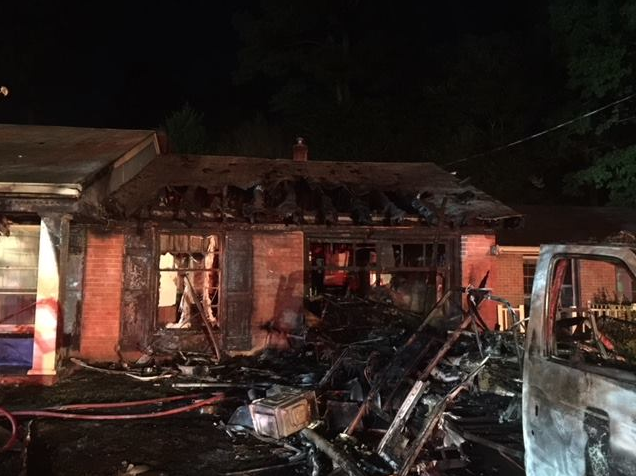 NEWPORT NEWS, Va. – No injuries were reported after an early-morning house fire in Newport News caused a home to be destroyed.

At 4:25 a.m. Thursday, the Newport News Fire Department responded to a camper and house fire in the first block of Jonquil Lane.

When crews arrived, they found a camper in front of the house fully engulfed in flames. The fire also burned into the home, causing it to be condemned.

The fire was extinguished without incident, and the family escaped the home without injuries.

According to the NNFD, the home’s smoke alarms were alerting when crews arrived on-scene, and a child in the home recently completed a NNFD fire safety program teaching children how to escape a burning home safely.