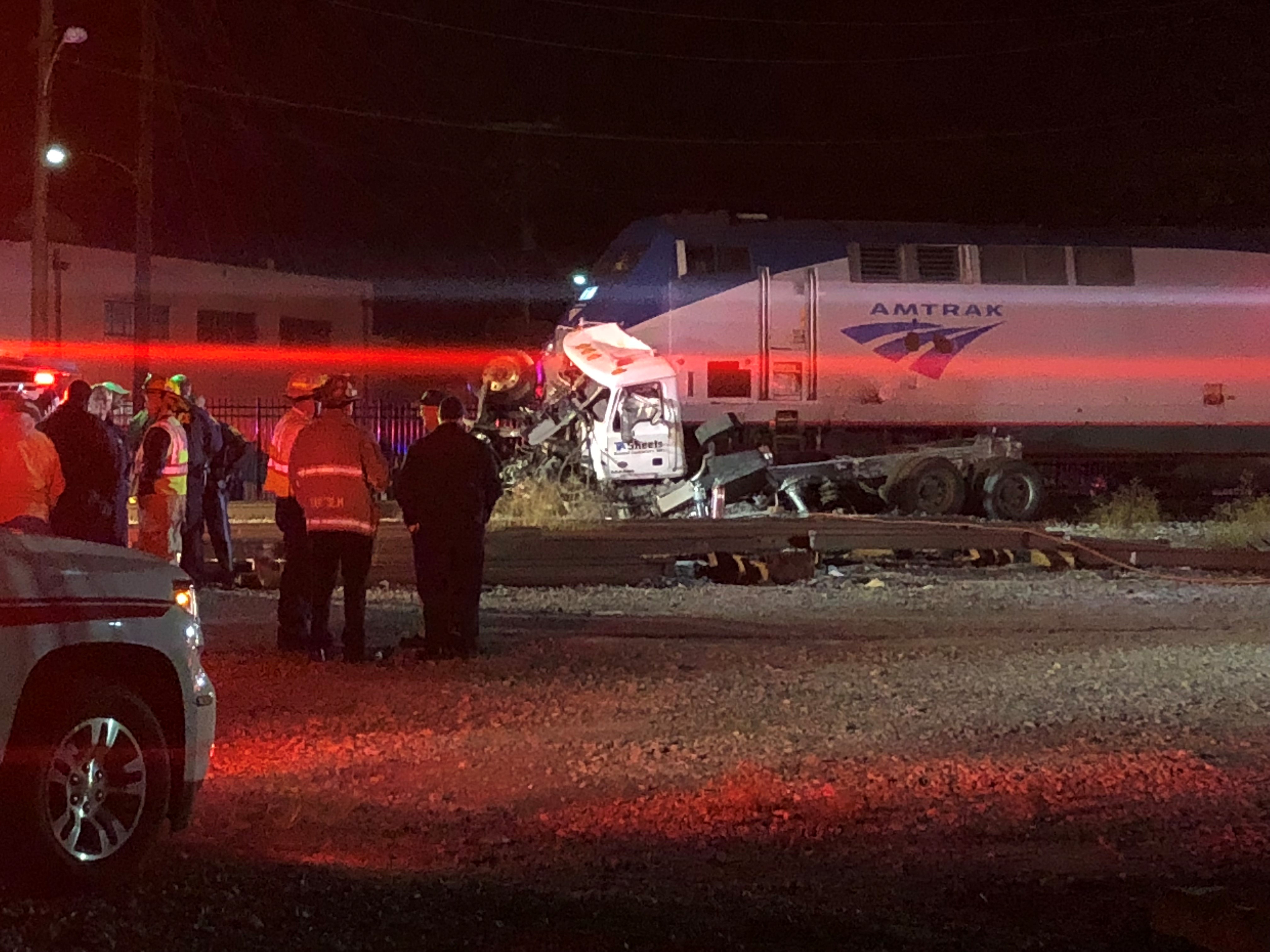 SUFFOLK, Va. — One person has died after a crash involving an Amtrak train and a dump truck at the intersection of East Washington Street and Moore Avenue in Downtown Suffolk Thursday night.

Suffolk officials say the person killed was 61-year-old Karl Alexander Hill, the driver of the dump truck involved in the crash.

Suffolk Police and Suffolk Fire & Rescue are still on scene investigating the crash that happened around 7:30 p.m. Thursday.

The train did not derail, authorities say.

An Amtrak spokesperson said 60 customers were on the train at the time of the crash. While it was originally reported there were no injuries to customers or crew members, it was confirmed that one adult male passenger was taken to the hospital with a minor injury. The train was pulling ten cars as well.

Emergency personnel monitored the other passengers after the crash.

The train originated in New York and was heading to Norfolk. Service has been temporarily suspended.

Amtrak officials made arrangements for a bus to offload the passengers from the train and take them to the Amtrak station in Norfolk.

Road closures in the area may continue throughout the Friday as officials continue their investigation.