WTKR - It was a festive affair on News 3 This Morning when the whole team dressed up in their Halloween costumes.

The reveal was hosted by Bobby Hollywood from HOT 100, who dressed up as "The ghost of Blaine Stewart's youth."

As for the rest of the team, Erica Greenway and Blaine Stewart both were vampires, Myles Henderson was a Teenage Mutant Ninja Turtle, Jessica Larche was Shuri from "Black Panther" and Kristen Crowley was Ariel from "The Little Mermaid."

While the team only spent part of the morning dressed up, they are certainly pumped for Halloween next Wednesday.

Check out Halloween programming that will be on News 3 this coming week here.

The costumes used were provided by Harygul's Halloween Planet. 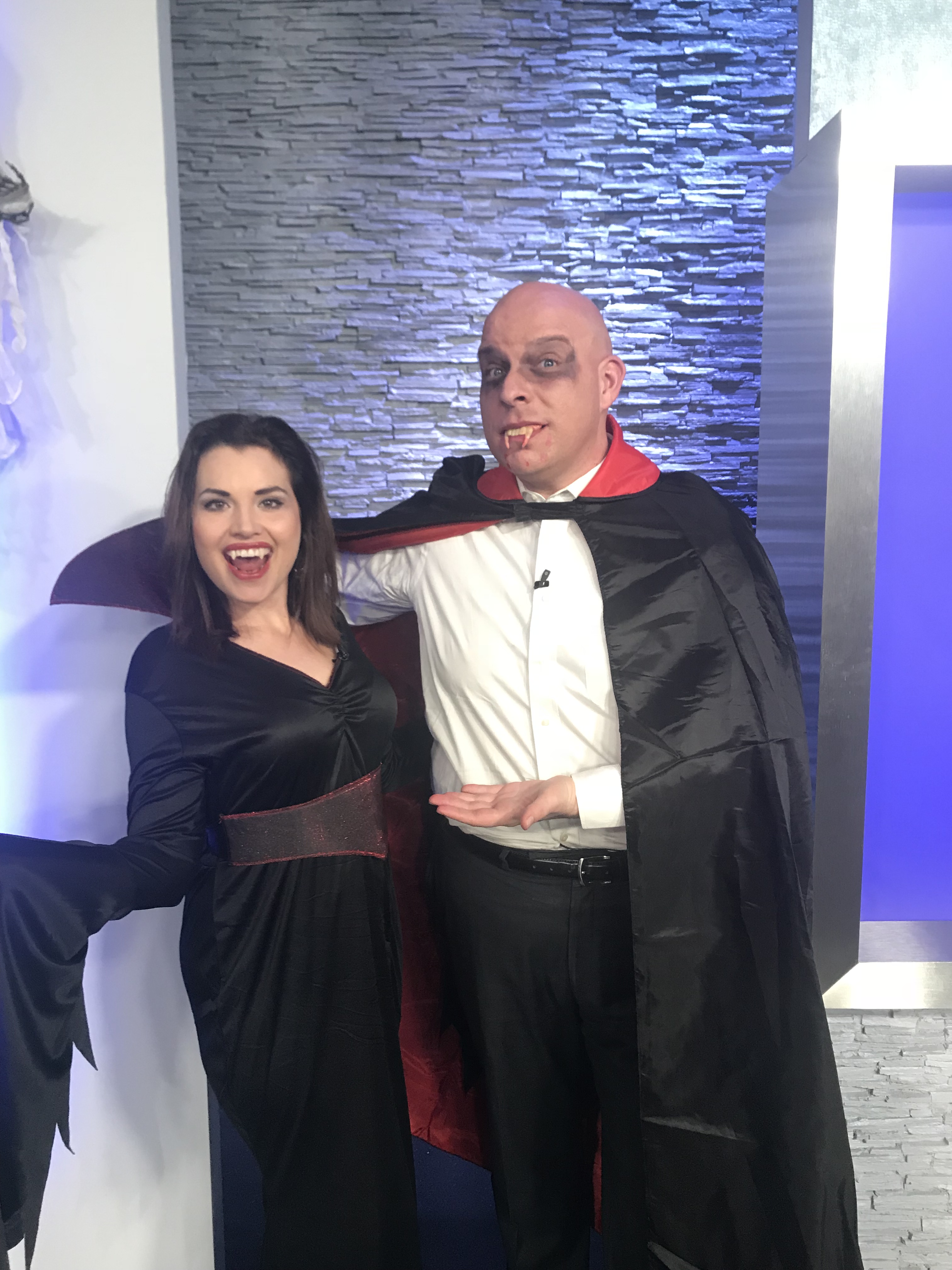