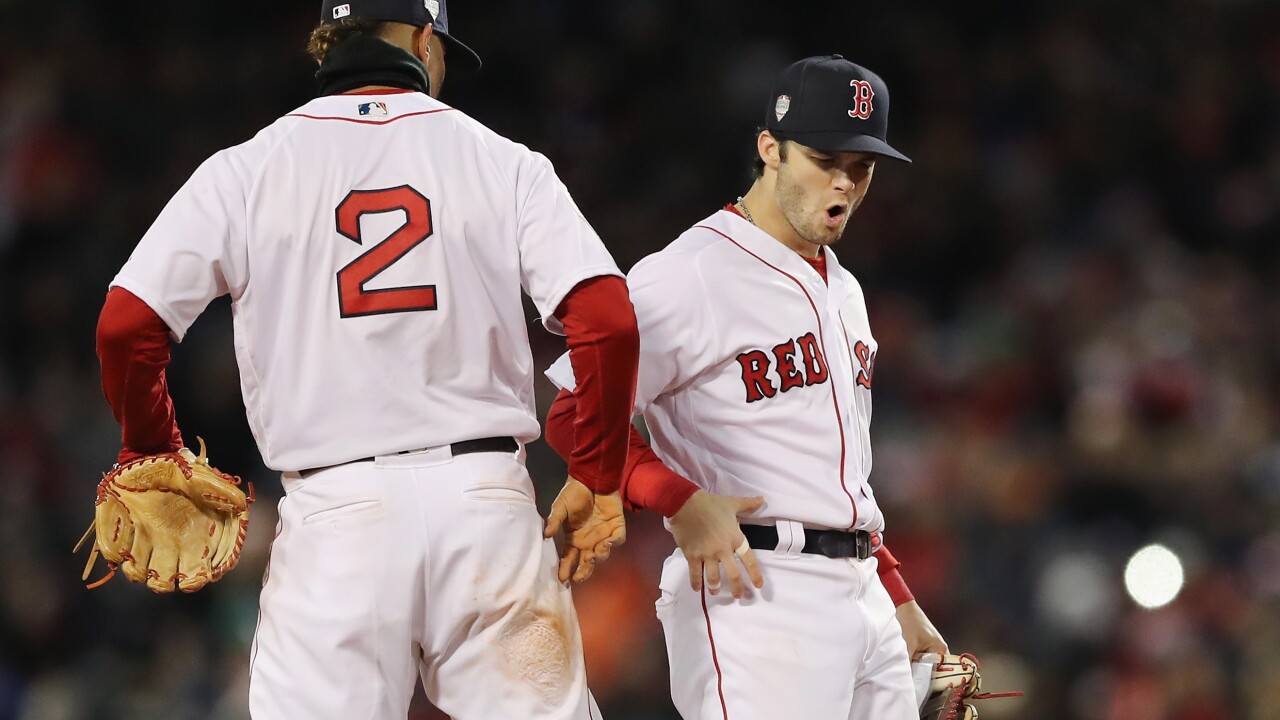 Red Sox in Game 2 of the World Series. (Photo by Elsa/Getty Images)

BOSTON, Mass. – The only thing hot in Boston right now is the bats of the Red Sox.

Red Sox in Game 2 of the World Series. (Photo by Elsa/Getty Images)

After a statement win in game one of the World Series, Boston continued its prolific pitching with a six inning three-hit performance by David Price to beat the Dodgers 4-2. The 33-year-old lefty finished the night only giving up two earned runs, both in the fourth inning by the Dodgers.