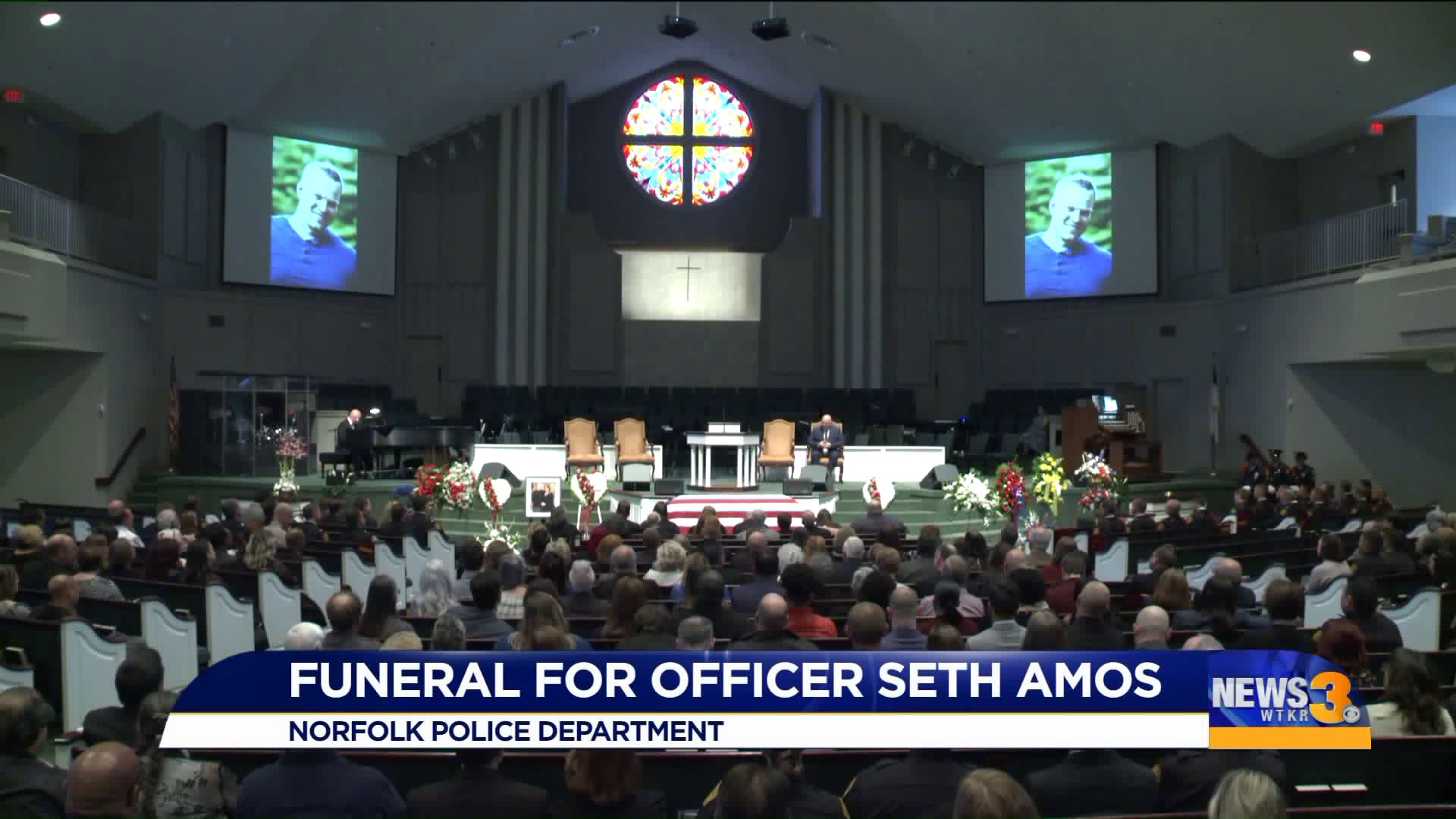 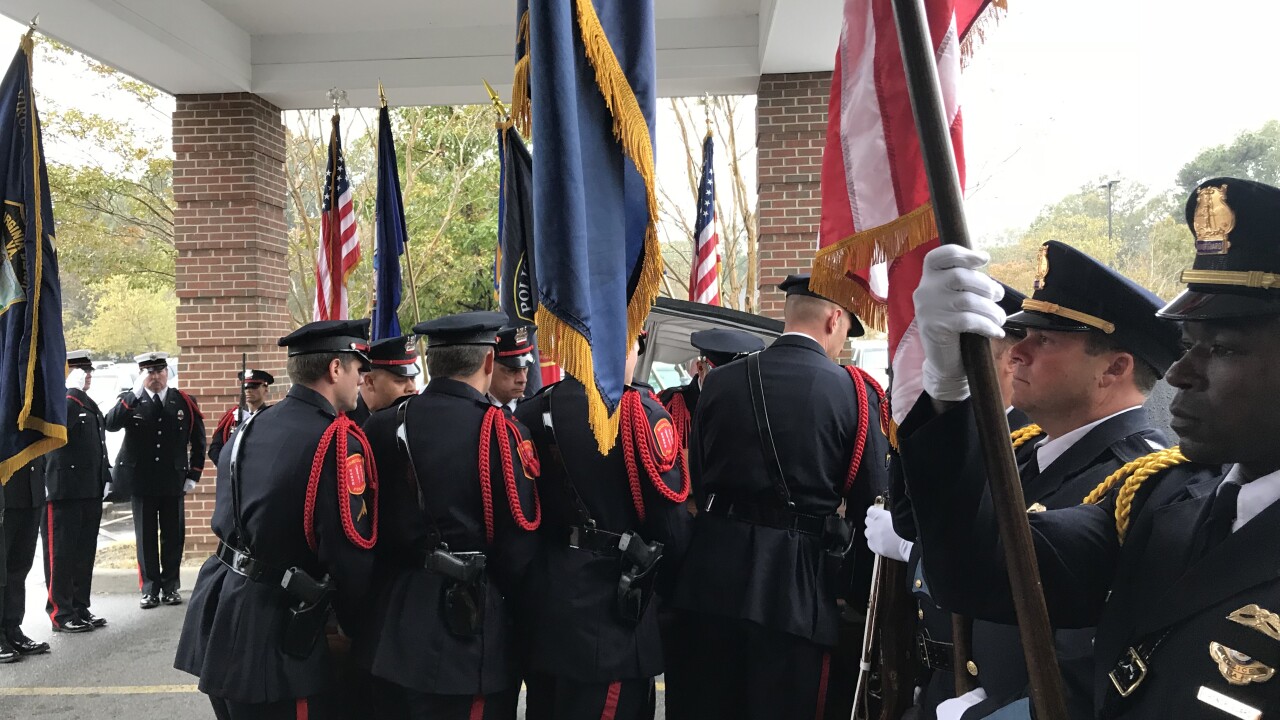 He was a husband of nine years to his high school sweetheart, Stacey. Together they had two sons; Carson and Bodie. Amos is also survived by his parents, his baby brother and sister and hundreds of brothers in blue, relatives, friends and neighbors.

Seth Amos was a Norfolk Police officer, following in the footsteps of his father, who is now the pastor at Christ Fellowship Church.

On September 3, Amos was hospitalized and his lung collapsed. Doctors are still not 100% sure what happened to Amos, but his family said he fought this illness as hard as he could, until he passed away in the evening on Friday, October 19.

As pictures of the smiling father and husband flashed across the screen of a church during Amos's funeral, his father, Chris, said, "Seth died in God's time. Rest assured all prayers were answered, just not in the way he had hoped. Seth is home now and not in pain."

As friends and family stood at a podium, there were few dry eyes in the crowd. His younger brother Jesse said, "Seth was someone I wanted to be like." His sister Hannah, through tears, told the church she was able to announce her pregnancy to her big brother the last day that he was conscious.

Capt. David Huffman, who was formerly Seth's dad's partner, said during Seth's time with the police department, "God was training Seth for the fight of his life." Huffman went on to say, "as cops we want to solve mysteries, but this is a case we won't be able to crack." Many wonder what it was that took this man from a healthy member of the community, to a hospital bed in just a few days.

When addressing Seth's widow, Stacey, friends told the church "they [Seth and Stacey] were two parts of a beautiful whole, and everyone will do everything we can to make her whole again."

One speaker described Seth as "big laughter, that hid behind shy smiles," or a "human hug."

A letter from one of Seth's nurses was read aloud. In the letter, the nurse thanked Stacey for showing her what true love looks like. She finished the letter by saying now Stacey and their sons have the most amazing guardian angel looking over them.

At the end of the ceremony, Chris Amos said he acknowledges his son's death as the will of God.

The law enforcement community vowed to remember Seth and support his wife and children. Seth Amos will be buried during a private ceremony on later date.