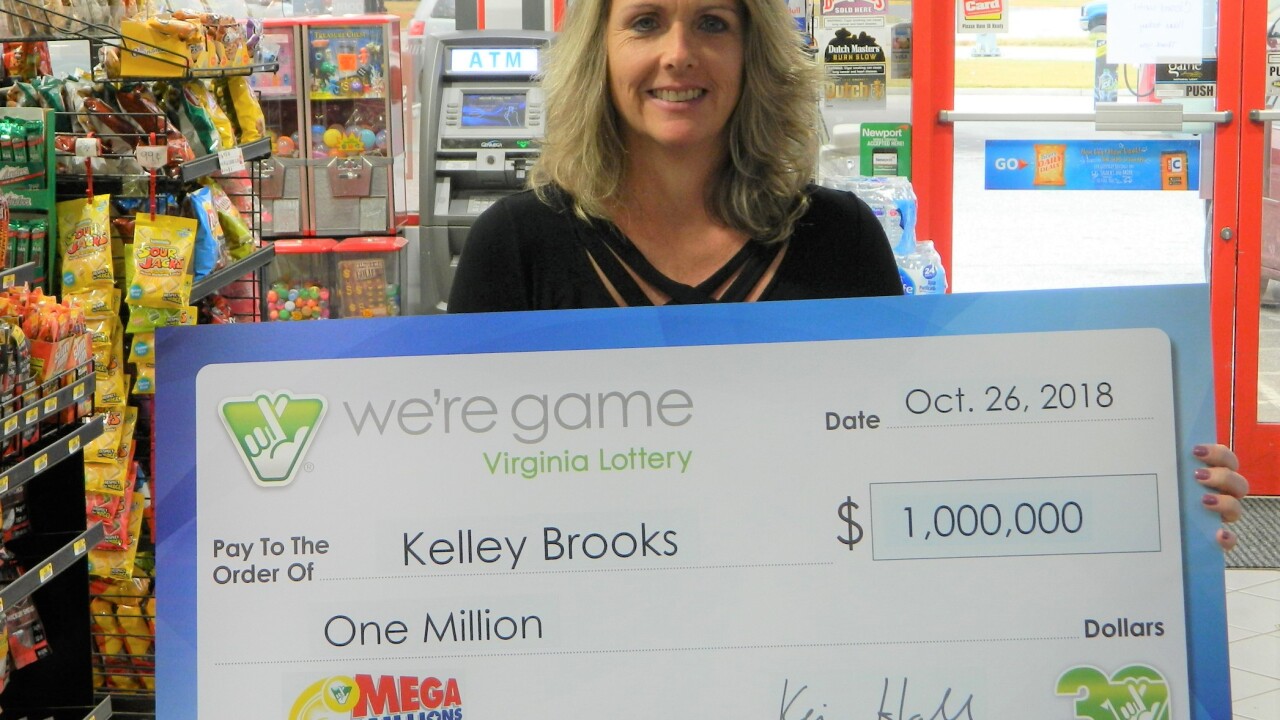 VIRGINIA – The Mega Millions jackpot had reached $1.5 billion when Kelley Brooks’ husband texted her, reminding her to get a ticket for that night’s drawing.

She went to Chill Stop at 5033 Richmond Tappahannock Highway, located in Aylett, Virginia, and allowed the computer to randomly select her numbers for the October 23 drawing.

The next morning, her husband called her and said simply: “You won!”

“No, I didn’t!” was her reply – but she was wrong. Her ticket matched the first five numbers, missing only the Mega Ball number. She won $1 million.

The couple returned to the store Friday to receive their big check from the Virginia Lottery. Additionally, the store received a $10,000 bonus for selling the winning ticket.

According to Brooks, the couple has no immediate plans for their winnings.

“I still feel the same way,” she said. “I’m still going to be the same person.”

The Virginia Lottery said in a statement that the chances of matching the first five numbers in Mega Millions are 1 in 12,607,306.