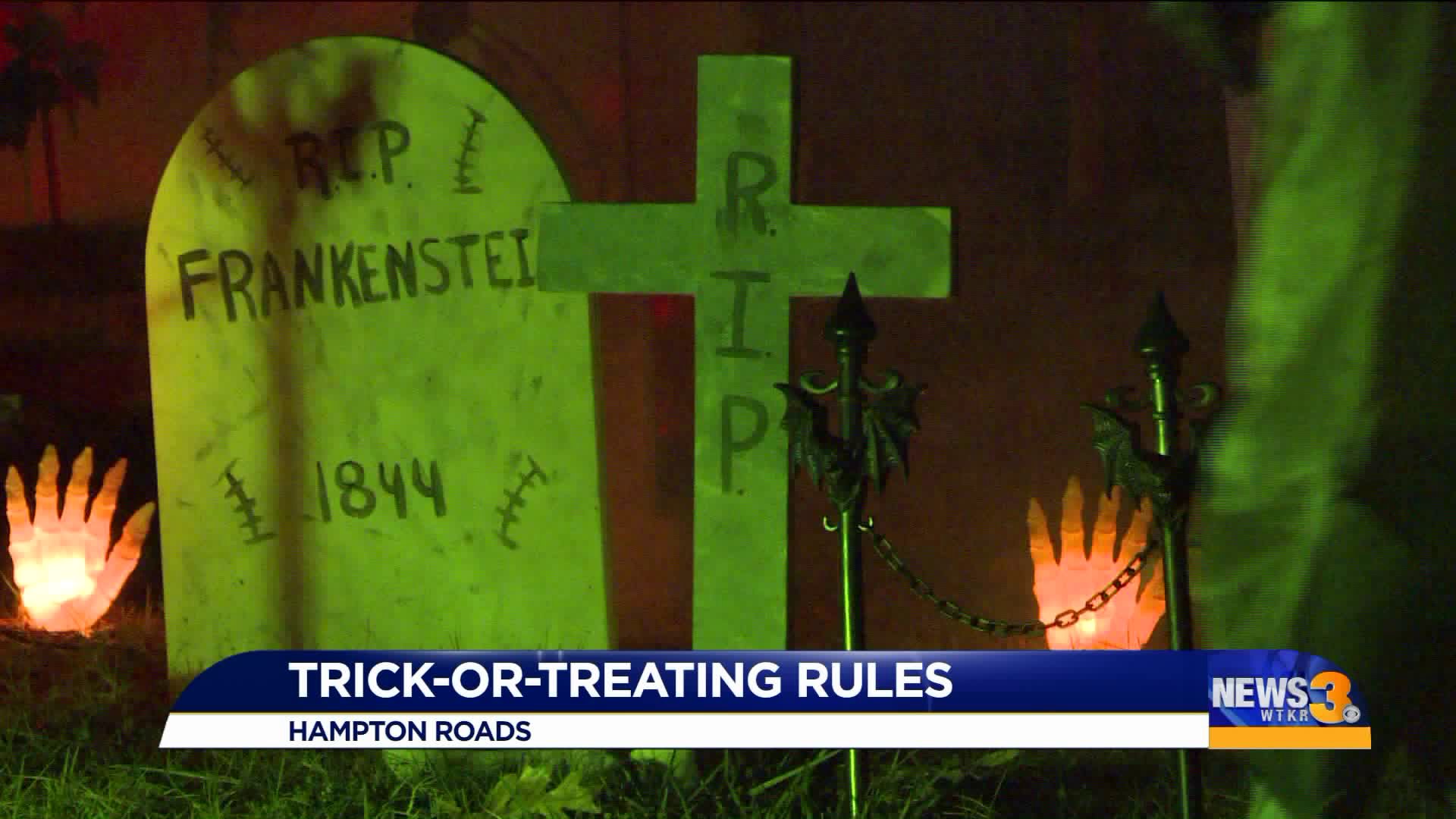 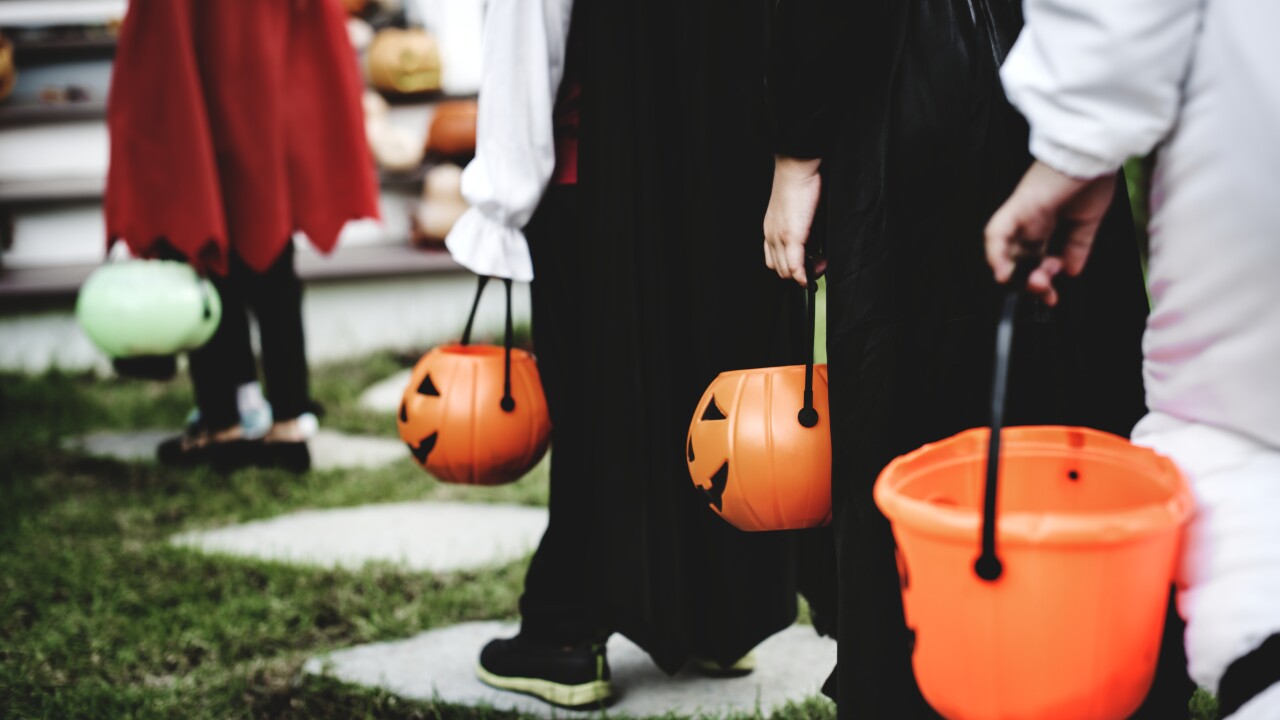 HAMPTON ROADS, Va. - Many of you have heard the scare that kids 13 or older will get arrested for trick-or-treating. The rumor is just that, but kids should only be collecting candy the night of Halloween.

In Chesapeake, Virginia Beach, Hampton and others, there is a decades-old ordinance that bans kids older than 12, from trick-or-treating. It also restricts the trick-or-treating time to being between 6-8 p.m.

Recently, many of the Hampton Roads cities have been in the national spotlight for this, but the reports have been taken out of context.

Heath Covey, the Director of Public Communication for the City of Chesapeake, said, "We have had that ordinance for 48 years and we have never arrested anybody under that ordinance. The main goal is for everyone to have fun, and stay safe."

Many cities echo these sentiments, saying children will not be carded as they go door-to-door, but police will be out patrolling neighborhoods to make sure nobody is smashing pumpkins or wreaking havoc. Everyone can trick-or-treat, but nobody can break the law.

"A 13-, 15-, 18 year-old running up on porches and grabbing pumpkins and smashing them in the streets - they might catch a different kind of charge. They'll be fine if they are out to trick-or-treat," said Covey.

Lastly, many cities designate trick-or-treating times. Covey said they are more "guidelines" for residents. Those out collecting candy should do so around 6 p.m. and should end around 8 p.m. If you see someone's light is off, don't knock on their door. If someone's light is on, feel free to go asking for candy.

Chesapeake: Trick-or-Treating is from 6-8 p.m. 'Porch light rule' is to be considered. Children of all ages are welcome to participate. Police will be out patrolling neighborhoods to keep children safe as they walk along the street.

Portsmouth: The Portsmouth Police Department would like to encourage trick-or-treaters to walk safely, be sure to cross the street at the corners using all crosswalks and traffic signals.  It is also a good idea to walk on sidewalks when they are available and take direct routes with the fewest street crossings.  While trick or treating, please elect not to use your cellular phones and other electronic devices.  Not using these devices will allow you for focus on vehicle traffic and other potential road hazards.

Having reflective costumes or carrying glow sticks and or flashlights is an extremely helpful way to be visible to drivers. Choosing face paint over masks increases the visibility of trick-or-treaters.

Drivers should slow down in residential areas, taking extra time to look for excited trick-or-treaters.  It is also helpful to take extra time at intersections, curbs and medians.

Norfolk: Trick-or-Treating starts at sundown and ends at 8 pm.

Hampton: The City of Hampton’s ordinance on Trick-or-Treating activities was adopted in 1964 and since that time, we have no record of anyone being fined or arrested for violation of this.  As with most ordinances, officers have discretion as to whether or not they will enforce such laws.

To automatically assume that “the Hampton Police WILL fine and/or jail anyone over the age of 12 who is Trick-or-Treating on Halloween” is simply just not accurate.  Hampton Police Officers WILL NOT be out on Halloween targeting teens whom appear to be participating in Trick-or-Treating activities.  Our function and primary goal and responsibility this Halloween is to provide a safe and fun environment for all of the children and individuals that are out and have hose to participate in the activities this evening.  Trick-or-Treating activities in the City of Hampton will officially kick off at dusk (about 6:36 p.m.) and will conclude at 8 pm.

Newport News: We want everyone to have a safe and fun night trick-or-treating in Newport News.  Our police officers do not go out looking for children violating the age limit. In fact, the code has been in place since at least 1976, and we have never charged anyone for violating it. The code also does not prohibit older children from accompanying younger ones as they trick-or-treat.  Also, the Newport News Police Department will conduct regular patrols throughout neighborhoods to ensure the safety and well being of our trick-or-treaters.