PORTSMOUTH, Va. - The Portsmouth Police officer who was indicted for shooting an attempted burglary suspect in October 2017 was granted bond Friday.

Durocher must also surrender his passport and is ordered to not leave Virginia unless agreed to by the court. He turned himself in Friday morning within hours of the issue and has remained in the area.

The Portsmouth Commonwealth's Attorney's Office announced Wednesday that it planned to seek an indictment for Durocher at Thursday's regular grand jury after completing its investigation into the shooting of Deontrace Lamont Ward, which occurred on October 29, 2017. Durocher shot Ward during an attempted burglary in the 1100 block of Tatem Avenue. 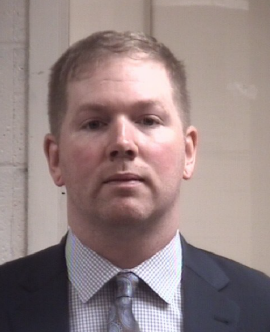 Durocher's time in the U.S. Navy brought him to Hampton Roads in 2009. He was honorably discharged in 2013.

Durocher has lived in Portsmouth since 2013 and joined the Portsmouth Police Department in 2016. In court, he said he wants to stay here, as his girlfriend lives in the area and he has laid roots.

After the shooting, Durocher received a Medal of Valor and was named Officer of the Month. Derocher's firearm and badge were returned to him after the incident, and he has been on administrative duties since then. He continues to be employed with the department.

Thirty-three Portsmouth Police officers were in attendance in support of their colleague. They received subpoenas to testify.

Officer Jay Owens, who has been with the department since 2014, was Durocher's field training officer. She commended him for his ability to deescalate situations and said he has never been violent or angry.

A significant issue is whether there was malice in the shooting.

The Commonwealth's Attorney will not try the case today.