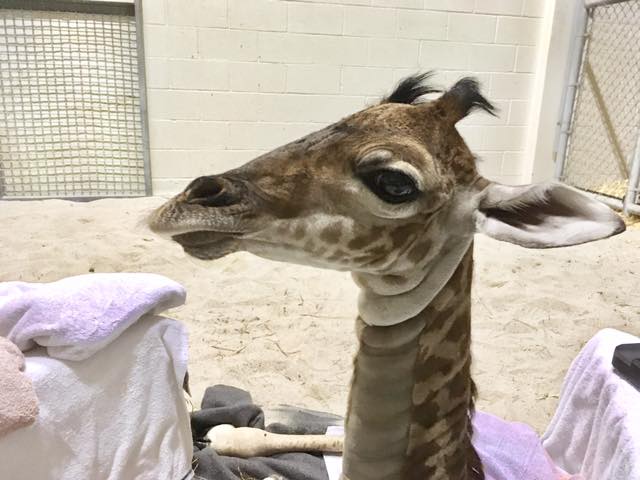 According to a release by the zoo, the calf’s behavior and appetite abruptly changed Wednesday, and subsequent blood work showed a serious infection. The calf did not nurse from its mother during its first 24 hours of life, which meant its immune system was more fragile and susceptible to complications.

“Our calf was given every viable option to help him, including antibiotics, fluids, and plasma transfusions – which help to boost the immune systems of neonate giraffe calves that don’t nurse from their mothers right away,” the zoo said in its release.

The giraffe exhibit’s three other giraffes, mother Noelle, Billy and Imara, are all doing well, according to the zoo.

Remember this national phenomenon? Watch as April the giraffe gave birth to her fourth calf