VIRGINIA BEACH, Va. - A local business owner is rebuilding the front of his store after a vehicle smashed through it.

On Tuesday afternoon, a person driving a Toyota Corolla seemingly lost control of the vehicle and drove into Your Computer Guy shop.

The business is located on Independence Blvd. in Virginia Beach. Navy veteran and business owner David Corley said the person inside the vehicle was evaluated by first responders, but he didn't know the extent of her injuries. 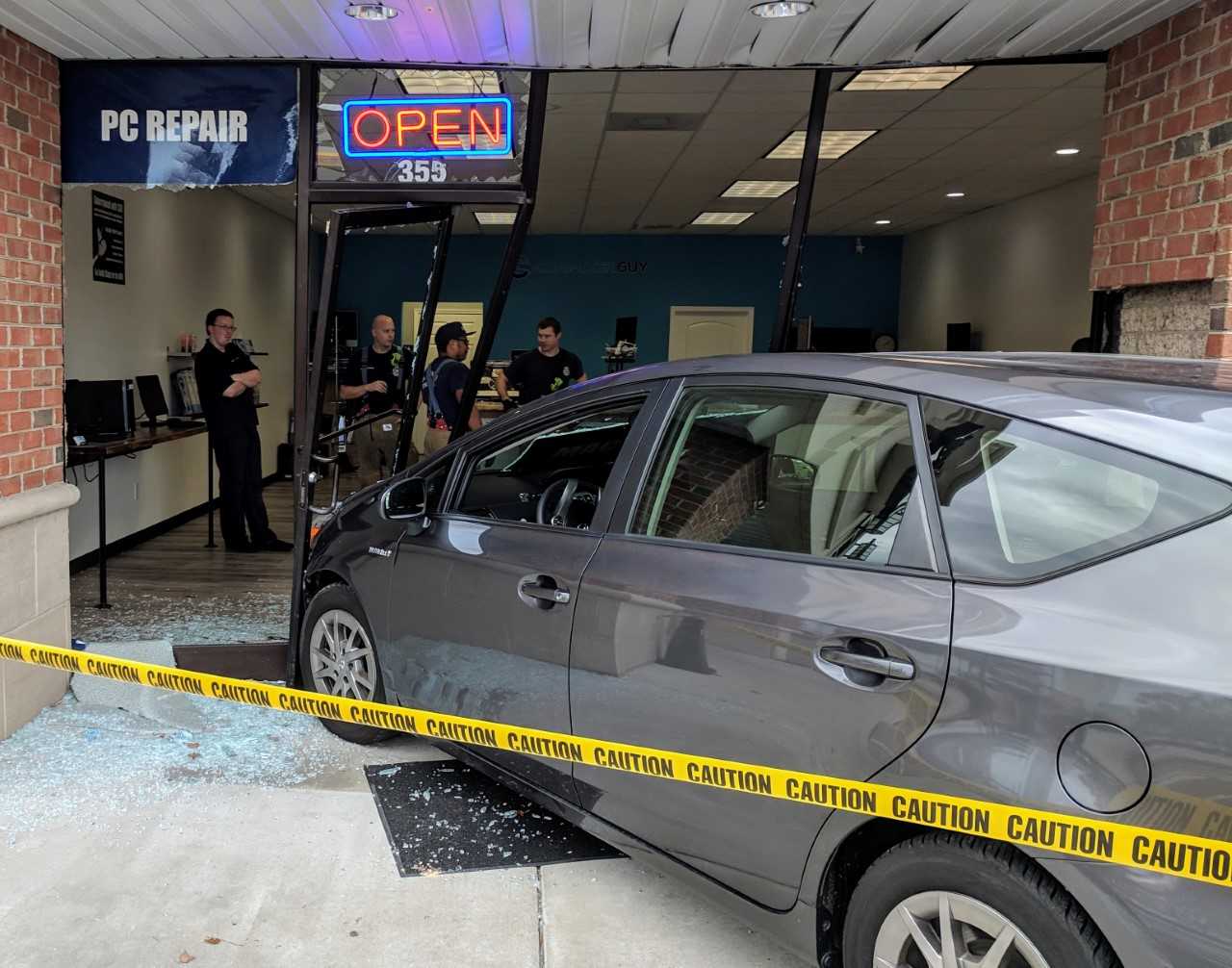 Corley told News 3 she stayed inside her car until she was able to be treated by EMS.

Just minutes before the crash, the store manager was checking computers near the entrance. Luckily he wasn't injured, but there is thousands of dollars worth of damage.

While the front of the store may be boarded up, it's still open for business. They hope to have everything back to normal by sometime next week.

A collision report has been filed. The insurance company is working out the details for fixing the damage.