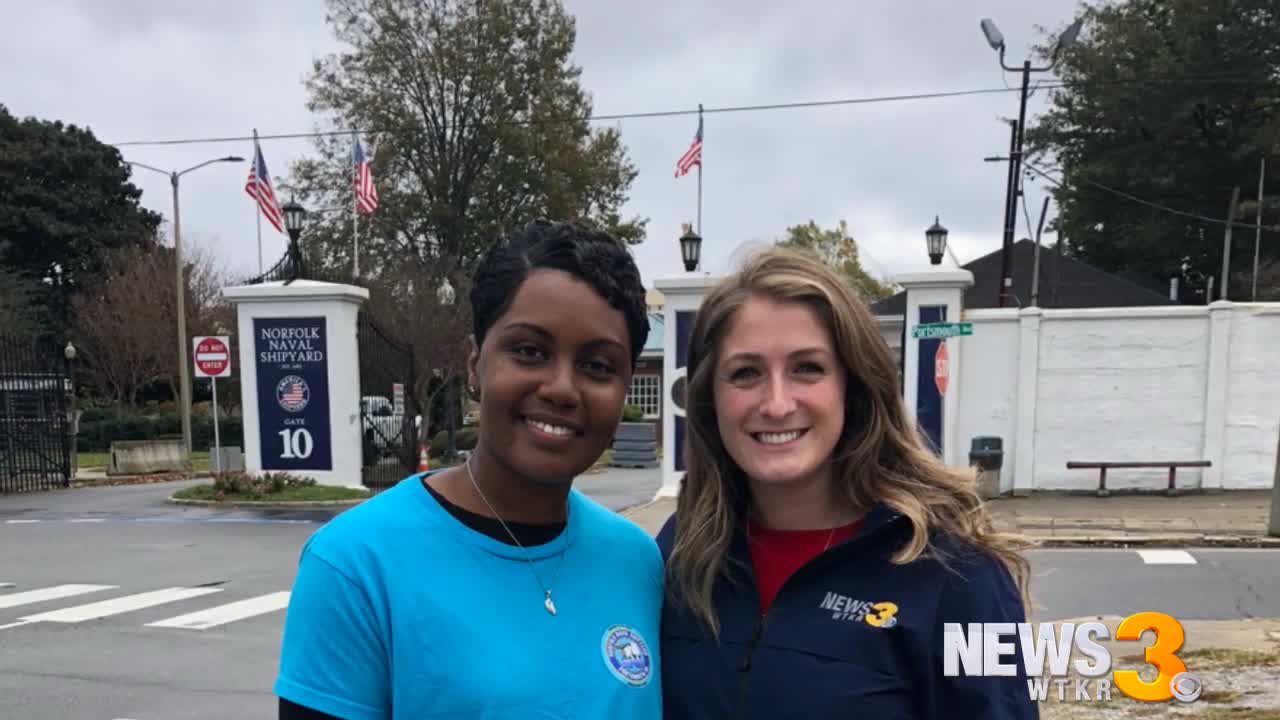 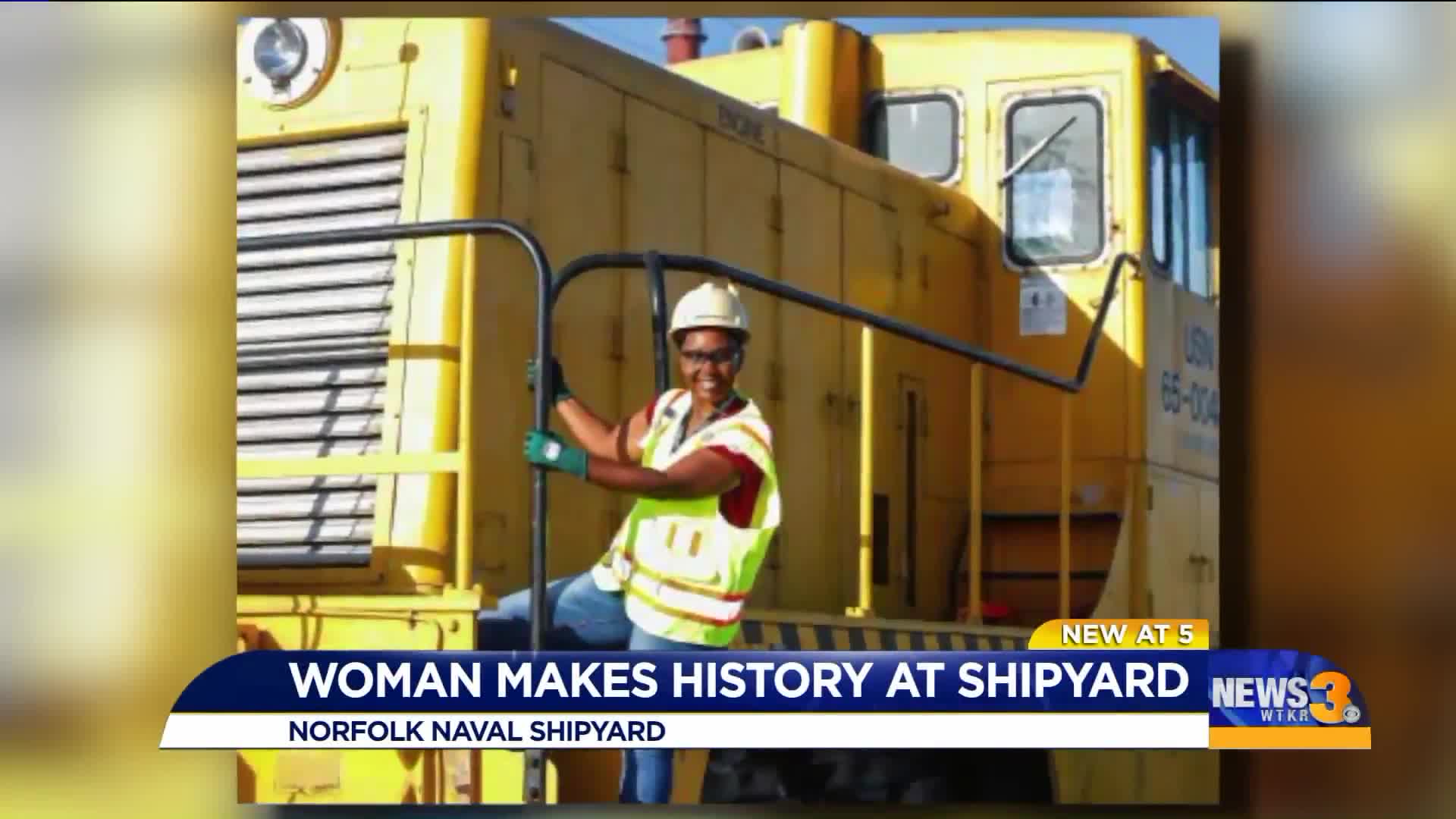 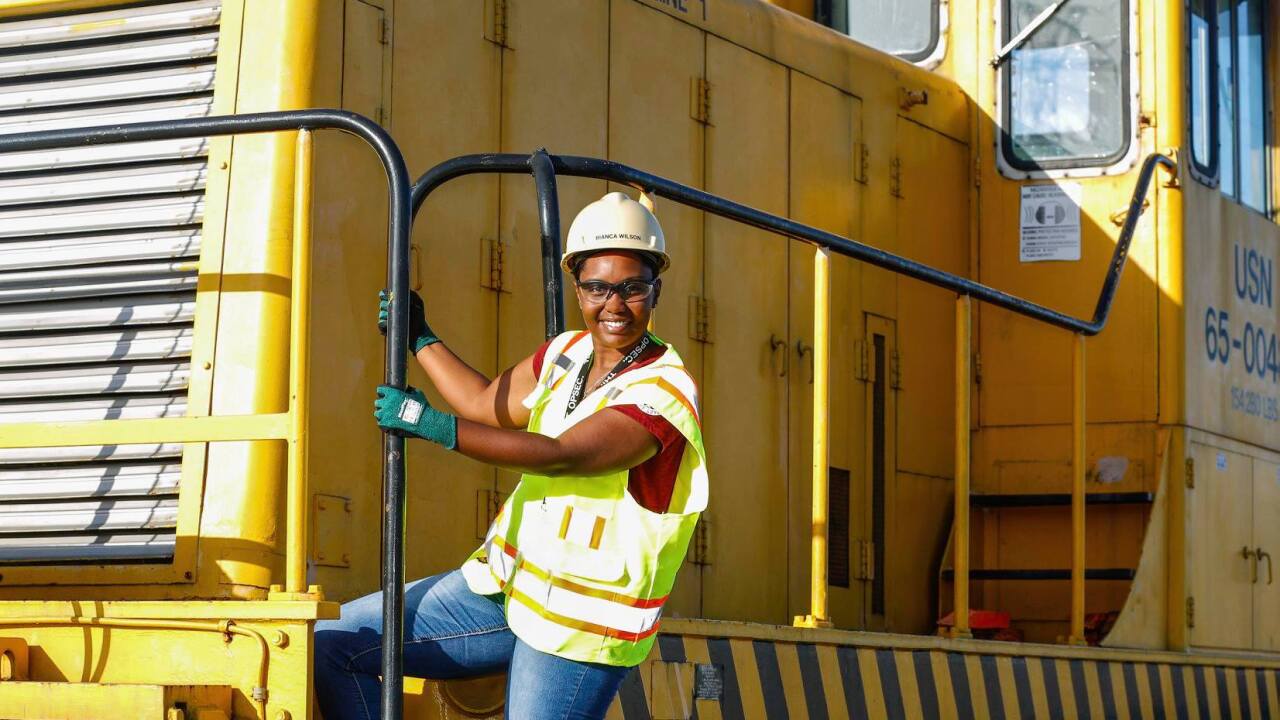 PORTSMOUTH, Va. - Her great-grandfather, grandfather and father all retired from the Norfolk Naval Shipyard. She even married into it. Now she's continuing her family legacy - all while making history.

“It is an honor and privilege,” she said to Public Affairs Specialist Anna Taylor. “It shows my children that barriers are still being broken down and I’m happy to be part of the change. I’m overwhelmed with joy to have this opportunity. I know a lot of women are afraid of this industry, but once you get out here, it’s really fun and intriguing.”

Wilson previously worked as a conductor for Norfolk Southern Railway, where she moved coal around Lambert's Point Coal Terminal in Norfolk. She made history there, too - she was the railway's first female conductor in 22 years when they hired her. 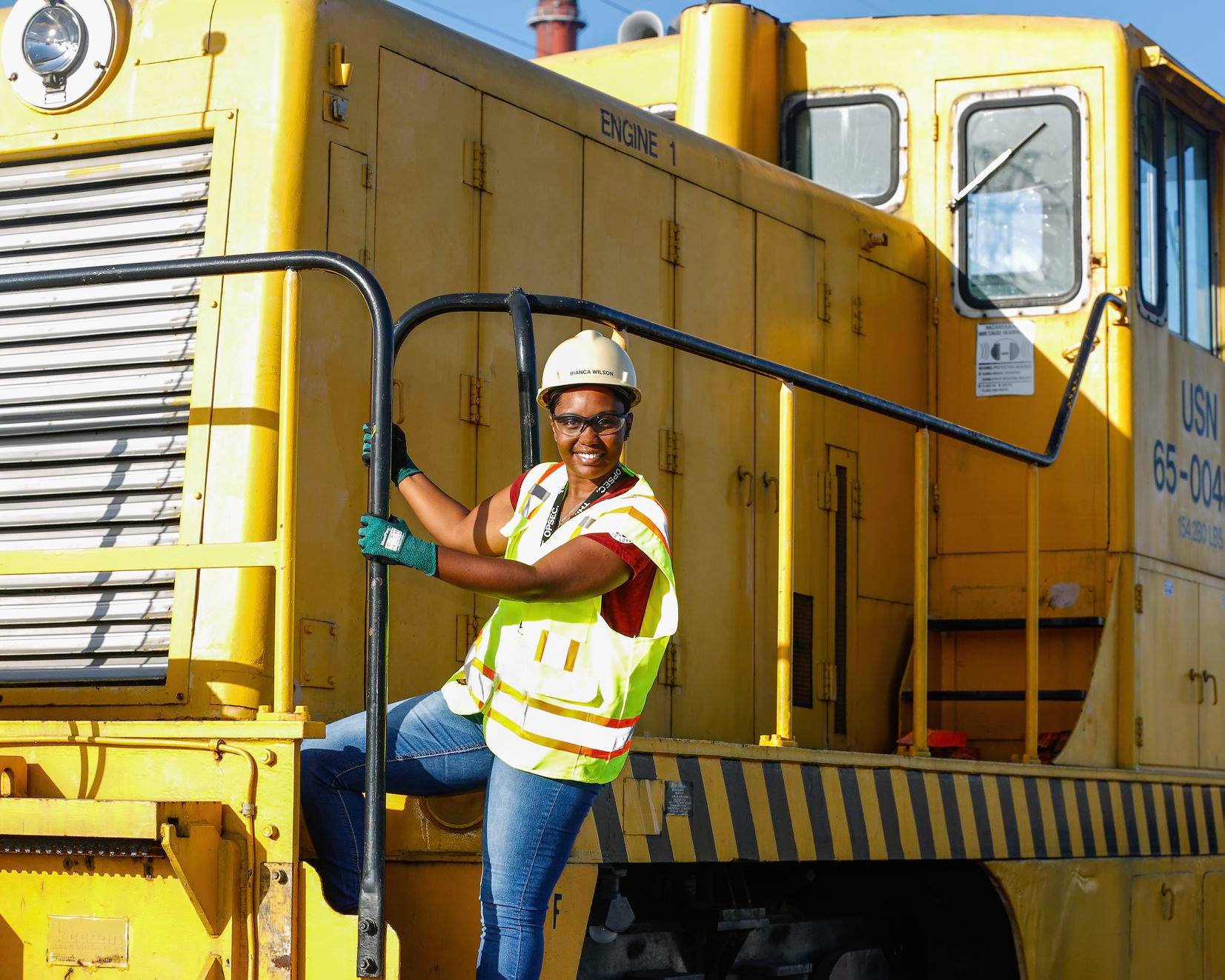 “I had no experience, but I always wanted to work for the railroad because you hear about the great money,” she said with a laugh to Taylor. “I’m not your average girly-girl, so it sounded like a great opportunity and I wanted to try something new. I had no idea what I wanted to do there though. I was presented with an opportunity to become a conductor and I jumped on it. I knew it wasn’t the average career path women take, and I am always up for a challenge.”

Due to the long hours, raising three young daughters and having only a few months left to complete her bachelor's degree, Wilson longed for another job that would allow her to spend more time at home with her family. She said she was a stay-at-home mom before she worked for Norfolk Southern.

"My kids have seen that motherly side of me, and now they’re seeing their mom being the first African American female conductor, and with three girls, it’s definitely an honor," Wilson said.

Wilson is now one of only two billeted conductors at the shipyard, where she spends her days transporting heavy equipment and materials across the yard.

Taylor reported that Wilson said when she's not working, she splits her time between her family and her growing photography business.

In addition to her personal success, Wilson also wants to set a good example not just for her own girls, but for girls everywhere.

“I do encourage females to come and try a railroad job, whether it’s engineering or conducting,” she said. “It’s a whole new world. It’s a great field for women to be in. If you want something, go after it and give it all you have, the only way to fail is to not try.”

Click here to read more about Wilson's journey and her job.