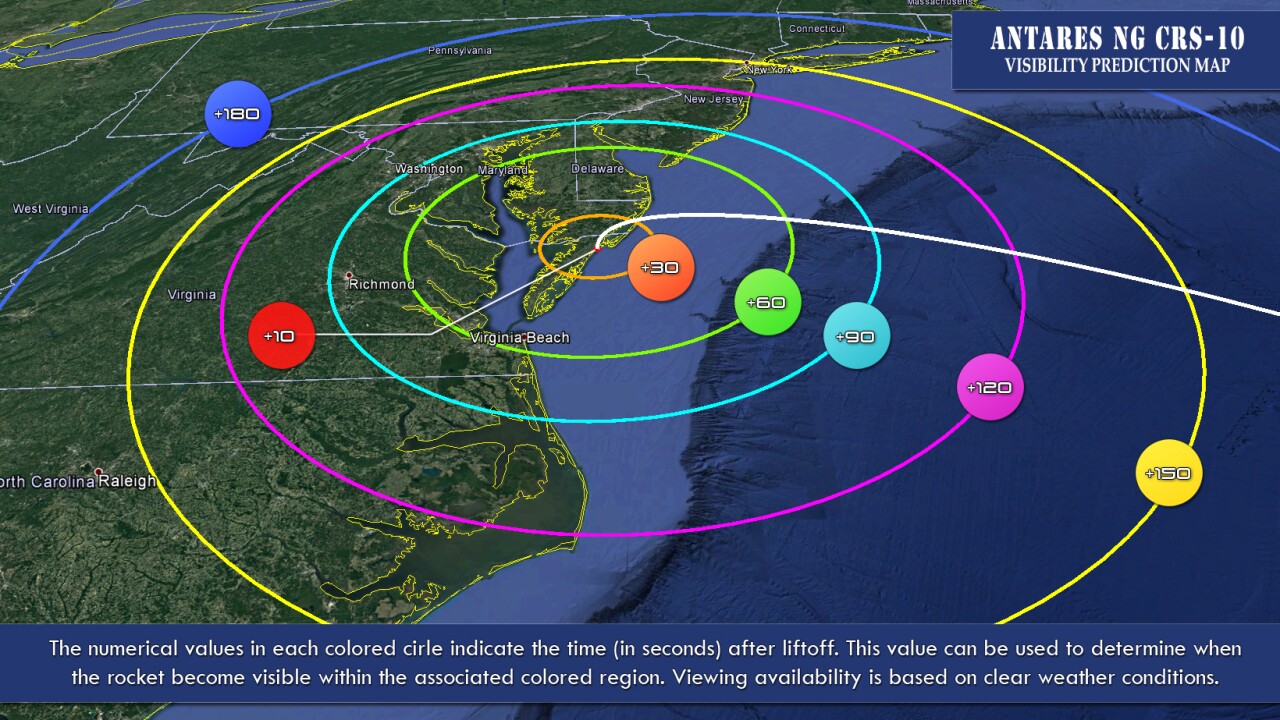 On Friday, November 16, you’ll get a chance, with visibility up and down the East Coast expected — but only if you’re willing to get up early for it.

NASA’s Wallops Flight Facility and Virginia’s Mid-Atlantic Regional Spaceport will support the launch of Northrop Grumman’s Antares rocket and Cygnus cargo spacecraft, which will bring crew supplies and hardware including science and research materials, to the International Space Station. The rocket is set to launch at 4:23 a.m.

Visibility will depend on weather conditions, but the forecast shows a clear morning Friday.