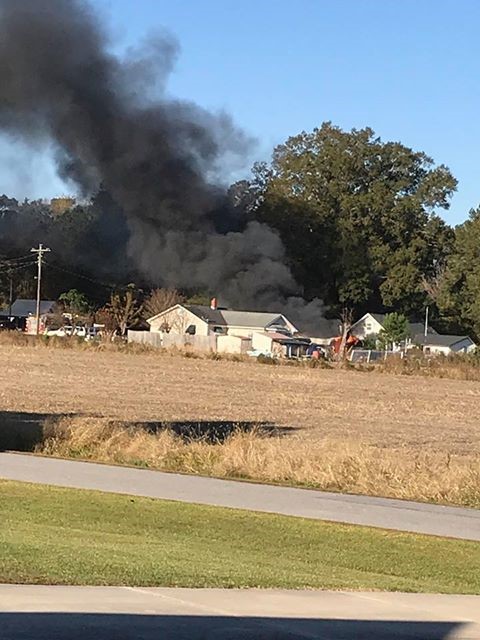 CAMDEN Co., N.C. – Fire crews reported no injuries after a detached garage caught fire in the 700 block of N. 343 Highway.

The call came in at 8:32 a.m. for a detached garage fire, and the fire was declared under control at 8:49 a.m. The garage and a Jeep parked nearby were damaged by the fire.

The resident, a neighbor and Sergeant Henderson with the Camden County Sheriff’s Office used a garden hose to keep the fire from spreading to the house until firefighters arrived.

No one will be displaced from the fire, though some of the home’s siding took damage.