A hundred years to the day since the guns fell silent, marking the end of World War I, dozens of world leaders will take part in a solemn ceremony in France to remember the many who gave their lives between 1914 and 1918.

French President Emmanuel Macron will lead the international Armistice Day commemorations Sunday morning by the Tomb of the Unknown Soldier, which lies at the foot of the Arc de Triomphe monument in Paris.

As part of the ceremony, eight French high school students will read testimonies written by soldiers fighting on the Western Front in 1918, a Chinese worker serving in Normandy and a young French woman. Classical musicians will play pieces by Bach and Ravel and award-winning singer Angélique Kidjo will perform a Togolese song celebrating unity.

Macron, who will deliver a speech in front of the assembled dignitaries, will later host a peace forum at which German Chancellor Angela Merkel gives the opening address.

Sunday’s remembrances are the culmination of four years of commemorative events to mark one of the most tumultuous periods of the 20th Century. Millions of soldiers and civilians lost their lives in what became known as the Great War, and as many more were injured. 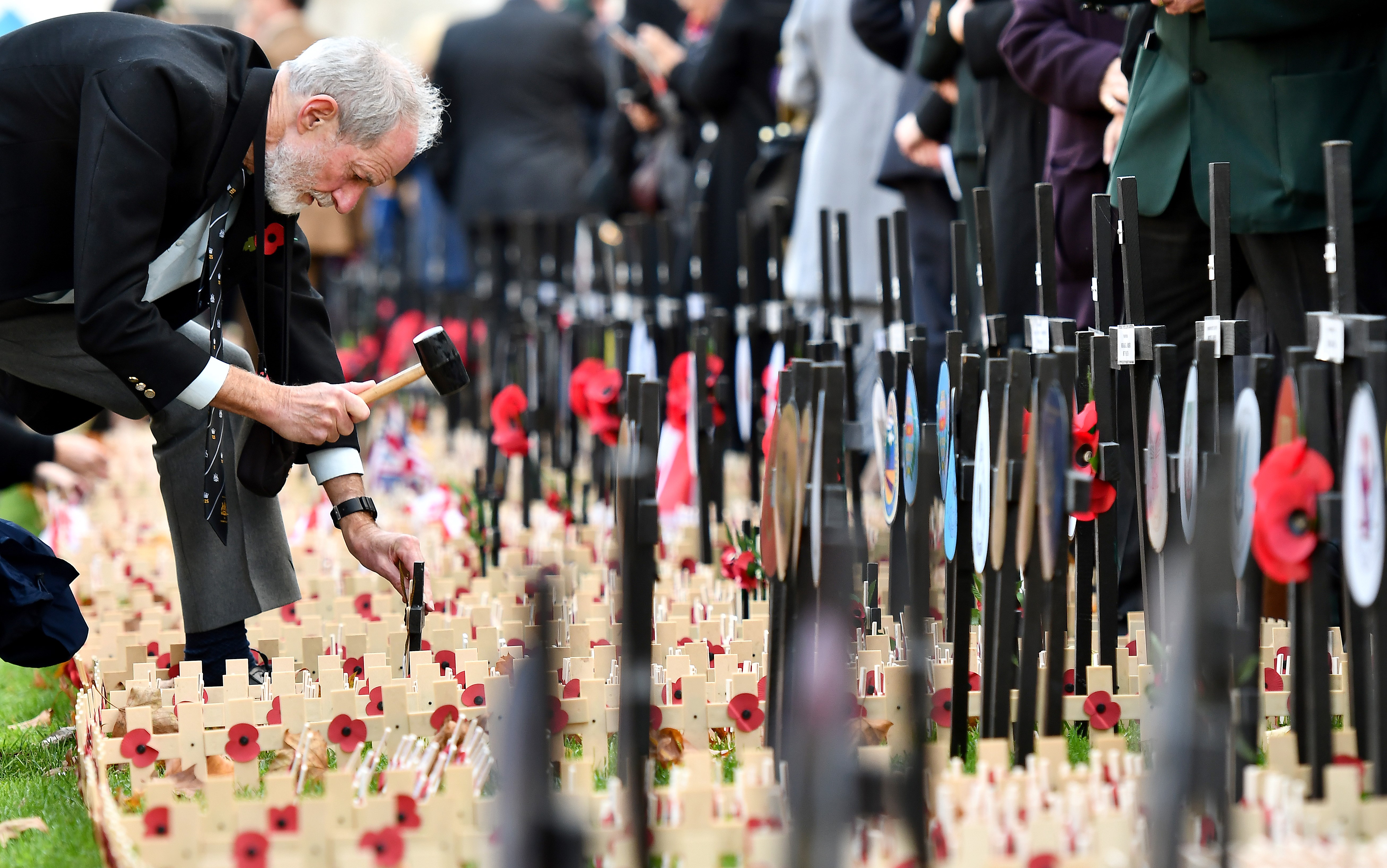 According to the official program for Sunday’s ceremony, soldiers from more than 80 countries laid down their arms on the Western Front.

US President Donald Trump and first lady Melania Trump are among those in Paris for the commemorations, which coincide with Veterans Day in the United States. Some 117,000 American military personnel died in World War I.

Following the Arc de Triomphe ceremony, Trump is expected to deliver remarks from Suresnes, an American cemetery just outside Paris. However, the Trumps canceled a planned trip to the Aisne-Marne American Cemetery, 50 miles outside Paris, on Saturday because of “scheduling and logistical difficulties caused by the weather,” the White House said.

The President’s chief of staff, John Kelly, and Chairman of the Joint Chiefs of Staff General Joe Dunford traveled to the cemetery to lay a wreath instead.

The centenary of the Armistice is also being marked elsewhere in Europe.

In Britain, Queen Elizabeth II is expected to attend a wreath-laying ceremony on Sunday at the Cenotaph in central London.

The royal family, UK Prime Minister Theresa May and German President Frank-Walter Steinmeier will attend a national service of remembrance at Westminster Abbey.

The UK government has invited 10,000 members of the public to march past the Cenotaph in a “People’s Procession” to give thanks and pay their respects to all who served in World War I. It has also called for bells to be rung across the nation and around the world to replicate the spontaneous ringing of bells across Britain on November 11, 1918 as news of the war’s end spread.

May on Friday attended ceremonies of remembrance at military cemeteries alongside Macron and Belgian Prime Minister Charles Michel in France and Belgium.

“A century ago British forces fought side by side with our allies in Europe on the Western Front. Today in France and Belgium we reflect on our shared history, but also look ahead to our shared future, built on peace, prosperity and friendship,” May said.

“We remember the heroes who lost their lives in the horror of the trenches. As the sun sets on one hundred years of remembrance, we will never forget their sacrifice.”