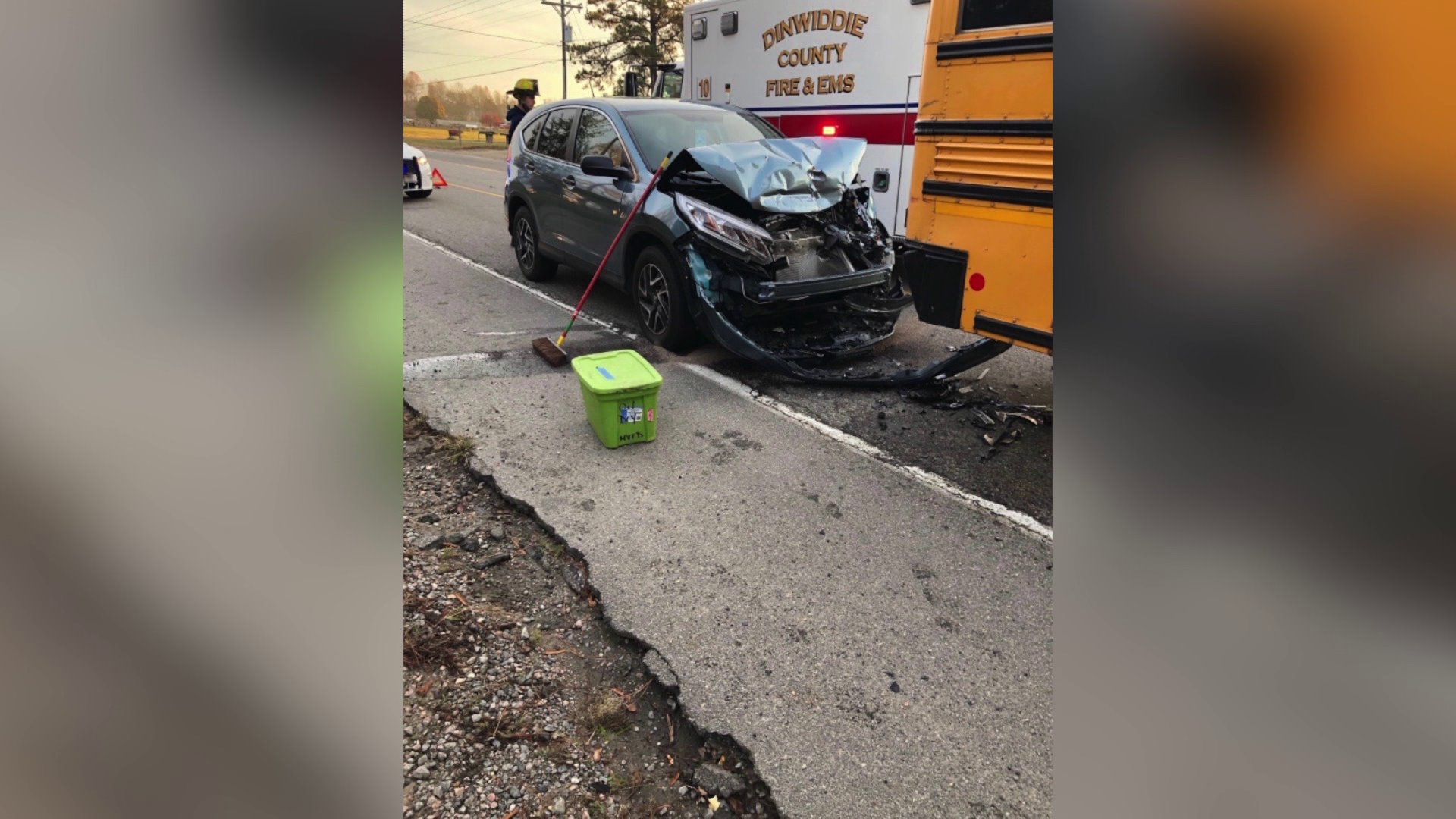 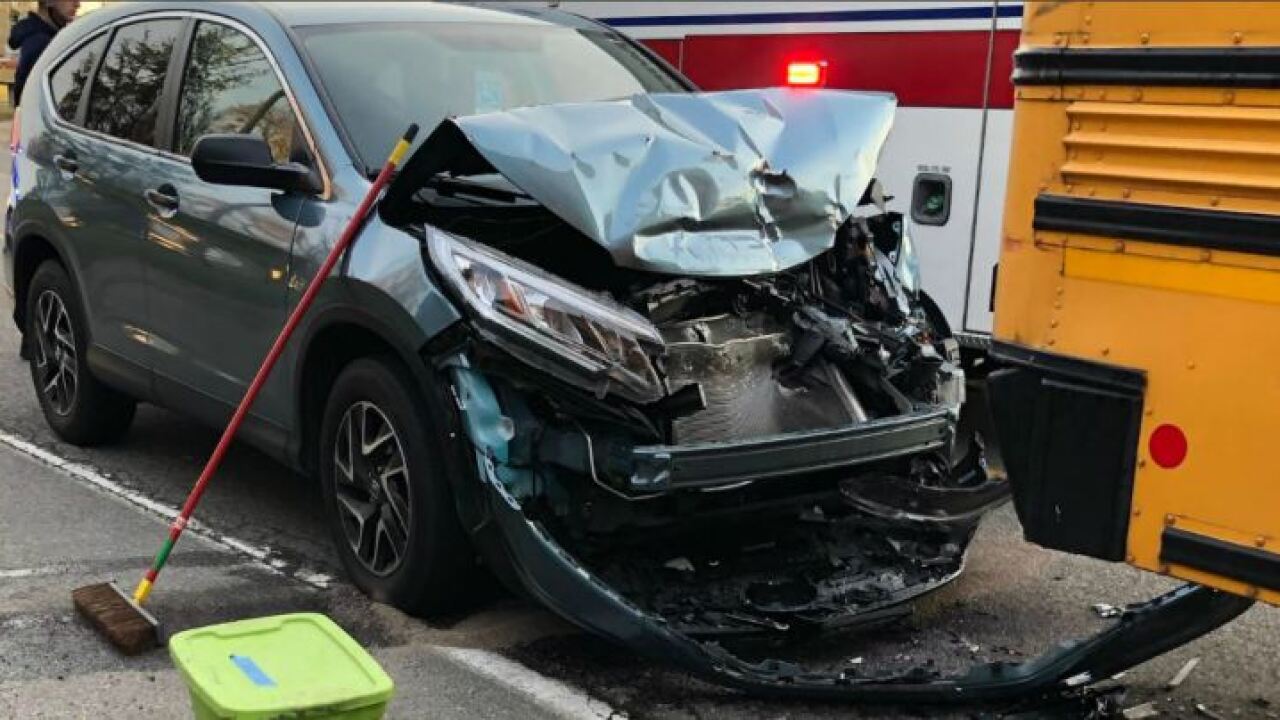 The driver of the car was also taken to the hospital with minor injuries, CBS 6 reported.

The crash was reported at about 6:43 a.m. along Boydton Plank Road near Duncan Road.

"The driver of a 2012 Blue Bird Dinwiddie County school bus was activating the hazard lights and stop bar to pick up students, when a 2016 Honda CRV, driven by, Elizabeth Overby, 76, of Sutherland, Va., struck the bus in the rear," a Virginia State Police spokesperson said. "The school bus was transporting 30 children ranging from 6th to 12th grade."

Josh Parrish lives at the Trinity Mobile Home Park-- just yards from where the crash happened.

"Come out here about 6:50 and you could see the state police cars and I was wondering what was going on," said Parrish, "Because you can't see anything, but you saw the traffic backed up really bad."

He said he sees a lot of accidents along Boydton Plank Road from outside his window.

"Earlier this year like I said there was a dump truck that destroyed a small Sedan, you know? And it blocks the road for a while," Parrish said.

As a father himself, Parrish said this accident in particular makes him nervous.

"I've got three children. Yeah one rides the bus every day. And I worry about that."

The crash remains under investigation and charges are pending, police added.