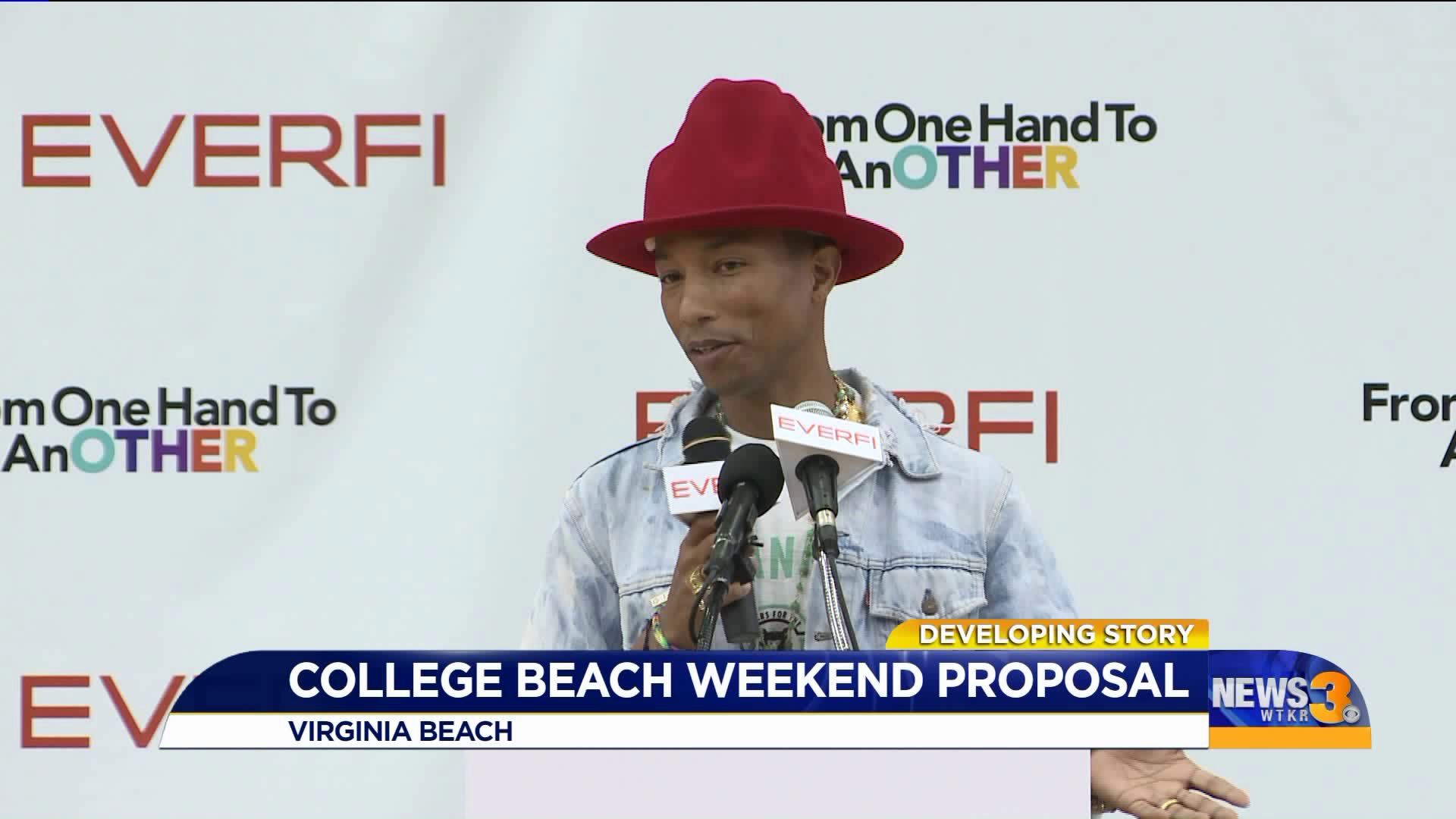 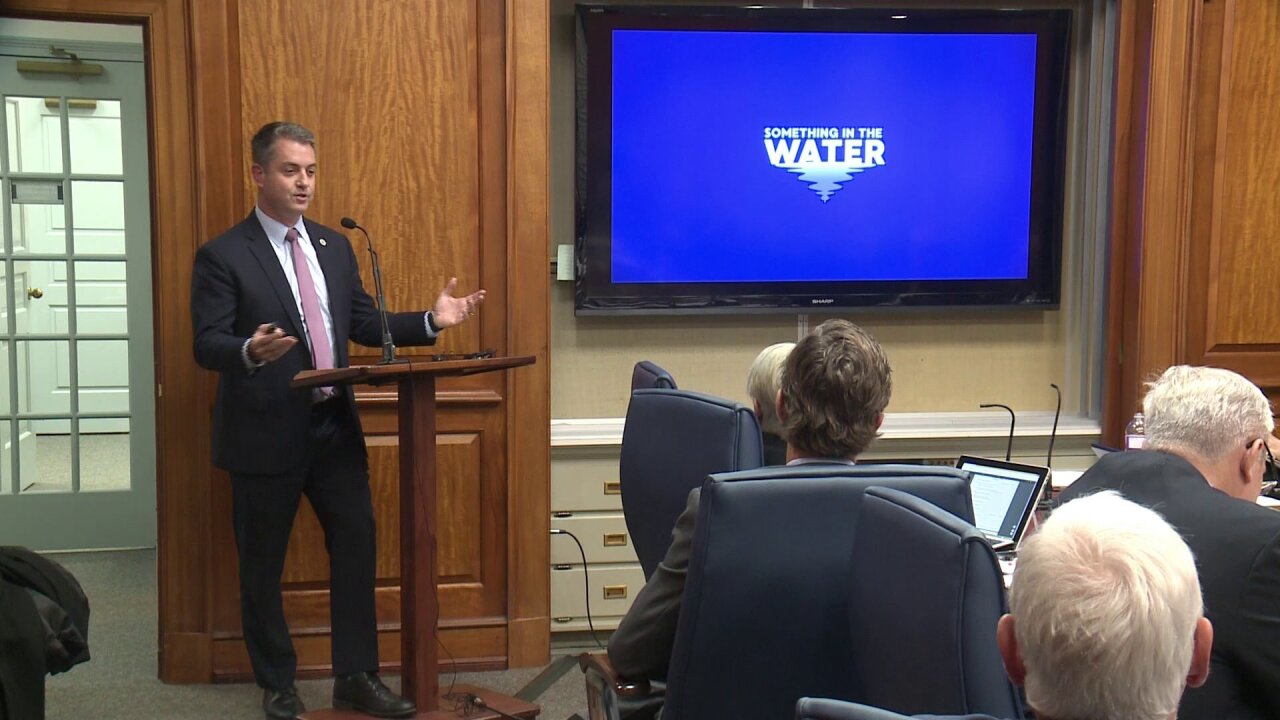 VIRGINIA BEACH, Va. - At the Virginia Beach City Council meeting Tuesday night, a concept led by Beach native Pharrell Williams was proposed by his team in hopes of bringing something new and big to the Resort City.

There was a lot of excitement around the table as the city council listened in on the new festival proposal Williams and his team are hoping to bring to the city in April in response to College Beach Weekend.

It's called "Something in the Water," a phrase that Williams has trademarked in hopes of becoming a huge recurring festival in the City of Virginia Beach.

His team says the event will be a family-friendly cultural gathering of music, art, food, fashion and comedy.

The multi-venue festival will be over the course of three days and will have music performances, sports activities and in-depth panel discussions with thought leaders and forward-thinking brands.

"It will be at the convention center and at the stages at the Oceanfront. The volume of potential attendees is similar to events that we have now," said Deputy City Manager Ronald Williams.

The next plan to move this proposal forward is just fleshing out the details. The council is expecting to hear from Williams' team in January to see what type of commitments they can have.