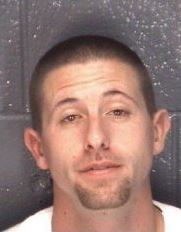 HAMPTON, Va. – The Hampton Police Division was seeking the public’s assistance in locating two men in connection with multiple business larcenies that occurred between August and November 2018.

On August 10, 2018, August 22, 2018 and November 5,2018, during the overnight hours, two suspects approached the TLC Carwash, forced entry into the coin operated machines and removed an undisclosed amount of money. They then fled the area.

Ashton Kyle Willis and Joseph Patrick Barber were both been identified in connection to these incidents.

Barber turned himself into police on January 8, 2019. He was arrested and charged with one count of Grand Larceny, one count of Vandalism, and one count of Possession of Burglary Tools.