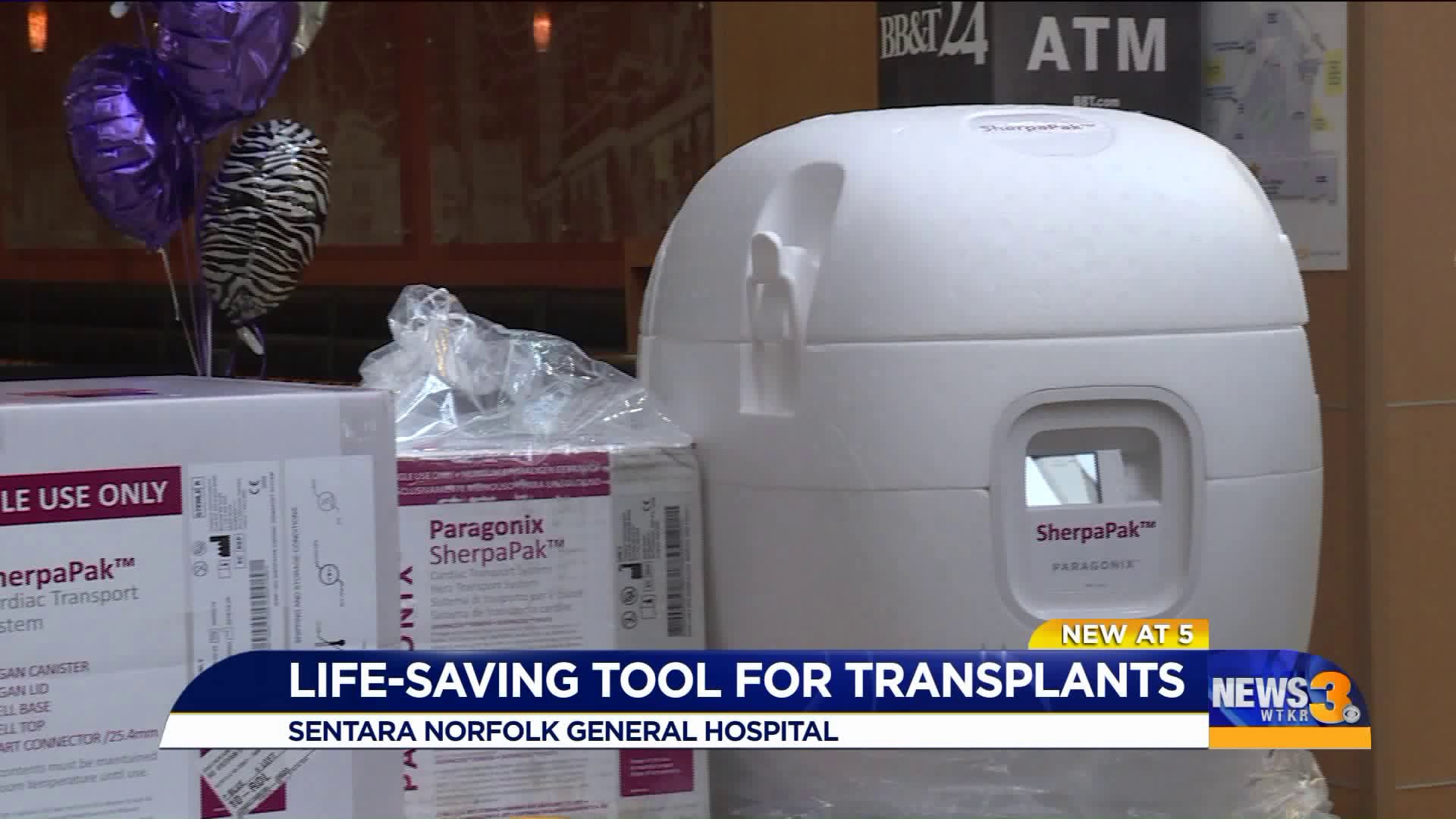 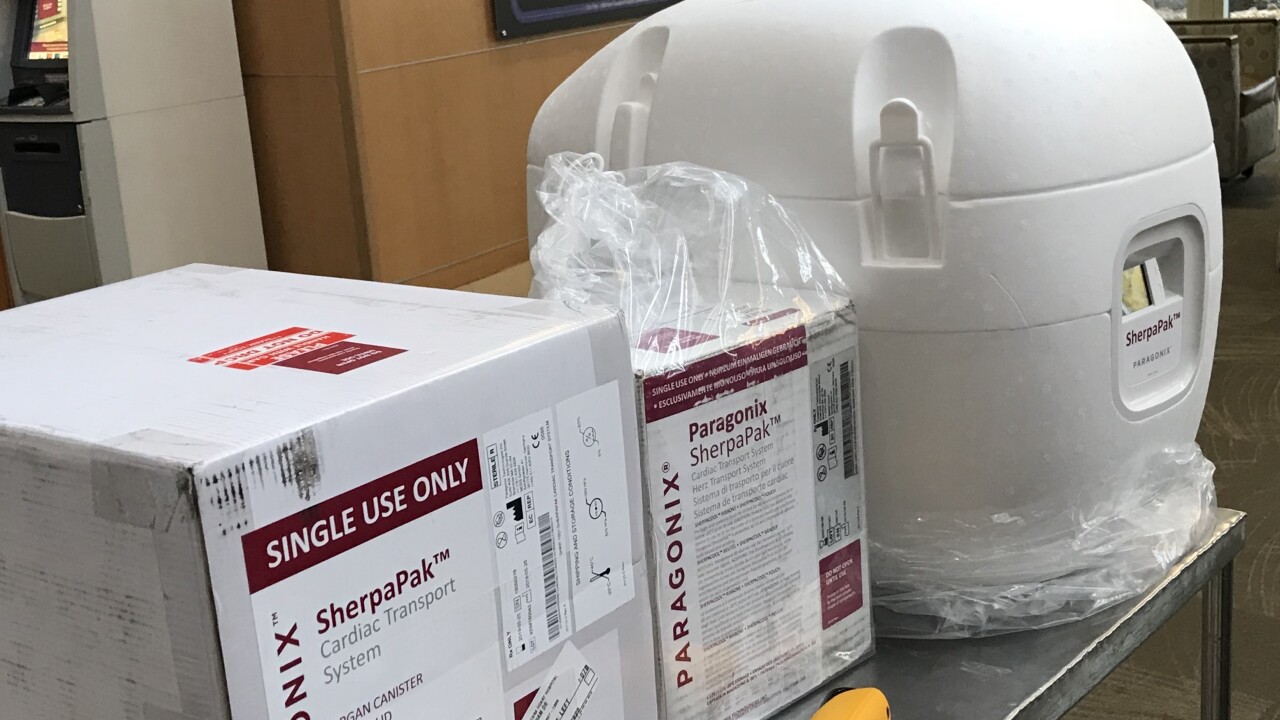 For the last 20 years, transported hearts have been placed in coolers of ice. While these tactics work, they pose a danger to the organ because they are not temperature controlled.

Doctors say hearts must remain between four and eight degrees during transport in order to be used right away.

"Most of the hearts that came back are a bit stunned," explained Dr. Jonathan Philpott. "It’s kind of like changing the jet engines on a 747 while it’s in flight."

According to Dr. Philpott, between 20-22% of hearts across the country are injured during their trip which can pose complications for recipients.

"It’s a very tall order, and to do it blindly makes no sense. We wanted to be smarter about it and this is the first step," explained Dr. Philpott.

The first step was taken just a few weeks ago, when the transport team used a SherpaPak™ Cardiac Transport System made by Paragonix. The device looks like a Styrofoam cooler on wheels, but the technology inside the device has revolutionized the way Sentara transports hearts.

"For the first time, we now have an organ containment cold storage system that will bring the heart back at exactly the right temperature," shared Dr. Philpott. "It has a thermometer in place that talks to your phone as your traveling."

The first time the device was used, it transported a heart that is now inside Gwenisha Collins. The mother of four had difficulties with her heart for years.

"I began having trouble breathing, retaining fluid and a host of other problems," explained Collins. "They determined that my heart could no longer function on its own."

Collins waited a little more than two weeks for a heart. When it arrived, it came in the new transport device and was placed immediately inside her chest. Dr. Philpott performed the surgery.

"It just woke up and it immediately started pumping," he explained. "Normally we sit and watch it for an hour to let it rest and wake up, but we didn’t have to do any of that."

Since the heart began working right away, Collins' surgery was several hours shorter than originally expected. Same for her recovery time.

"I didn’t expect the recovery to be this way; it's been miraculous," she shared. "I assumed I'd be in the hospital for months and going through this therapy and that therapy, but it has been the complete opposite of that."

A week after her transplant, she was sent home.

"I’m doing great; it really has been amazing. They tell me that the transport device they used had a lot to do with the way I am recovering," Collins said.

"It feels amazing. I feel blessed and honored that I was the first one and that it was so successful. I hope I can encourage other people to not be afraid of new technology. It can be a good thing," she said.