Jewel Price and her husband are grateful to be alive after part of their Newport News home was damaged when their neighbor's house went up in flames.

According to officials, the call for heavy smoke and fire coming from the second story of a house in the 3200 block of Williams Street came in around 5 a.m.

Crews were on scene within a few minutes and started to quickly attack the fire. No injuries were reported.

The cause of the fire was determined to be a portable space heater that had fallen over. 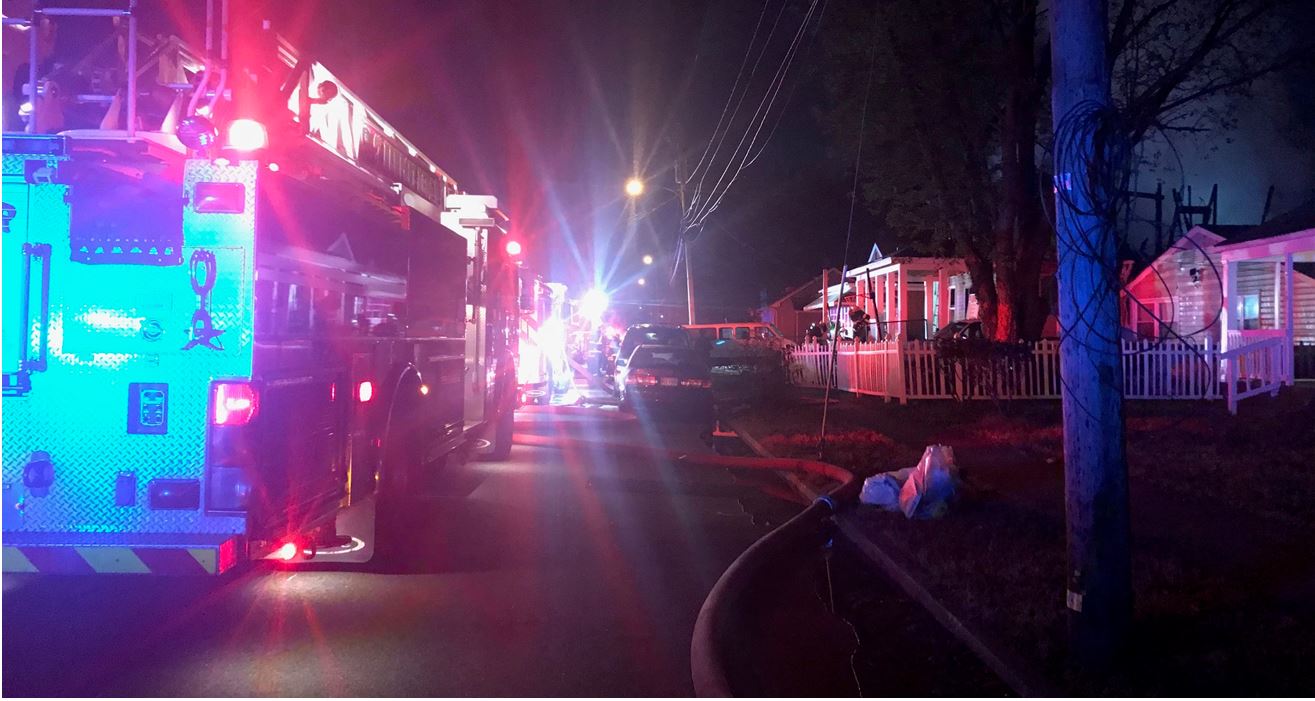 The owner of the home where the fire started told News 3's Brian Hill no one was living there because he was making renovations. He said he had been doing so for about three years and planned to have everything finished by February.

However, due to the intensity of the fire he said he's not sure when he'll be able to fix it.

As for the Price household, they're stuck in the same situation.

“It just damaged my house. My house on the side where the door was is really bad. I don’t have the money to fix it right now. I spent my money buying Thanksgiving stuff, and it’s just a terrible impact on us," said Jewel Price.

The family says they're hoping to still host Thanksgiving dinner Wednesday night. If not, they're still thankful.

“I’m just looking at it like, Thank God we're safe and we're out the house and we're alive," she said.

The Newport News Fire Department reminds homeowners to keep a minimum three-foot radius clear around portable heaters, and to ensure that their heaters have power interrupters in case they fall over.