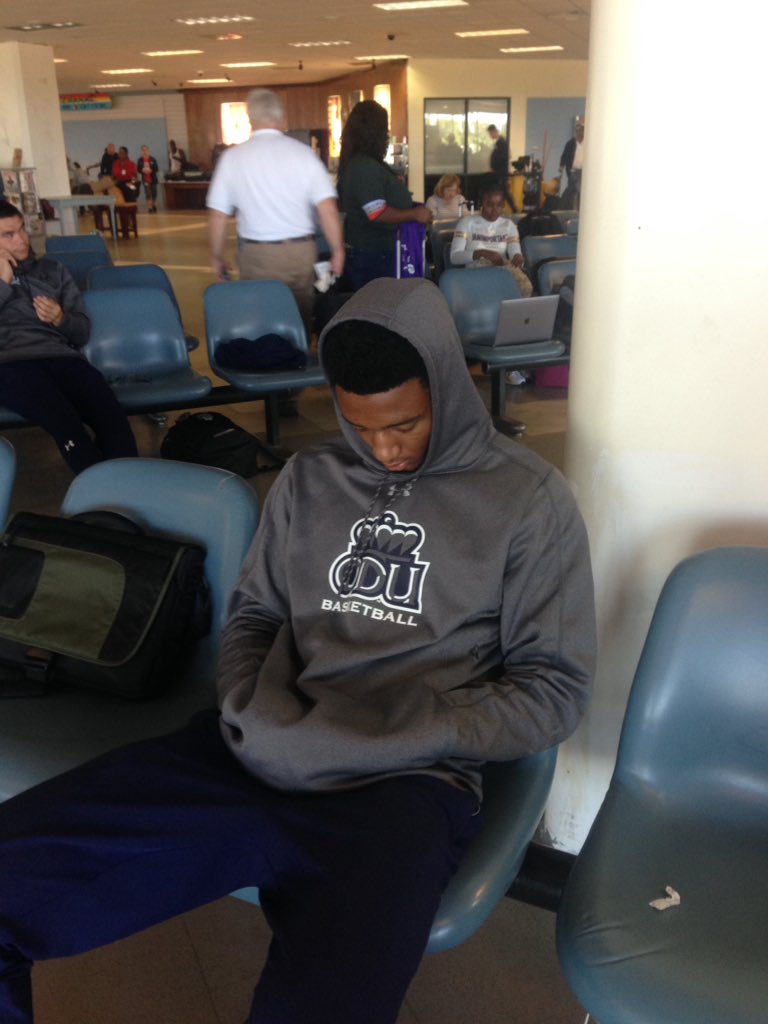 US VIRGIN ISLANDS — The Old Dominion University men’s basketball team is now home after being stuck in the U.S. Virgin Islands.

Their flight had already been delayed 18 hours.

According to official Twitter for the team, American Airlines, which is the company ODU (2-3 overall on the season) was flying with, had not communicated the cause for the delay or why the team’s flight had been delayed this long.

The team also dealt with with no hotel rooms left on the island, which caused players, staff and coaches to find means of sleeping as comfortably as possible — if at all — at the airport. A picture from the ODU athletic department showed the team’s redshirt senior captain, BJ Stith, sleeping on the floor of the airport in the U.S. Virgin Islands.

ODU was in the U.S. Virgin Islands playing in the Paradise Jam basketball tournament. The team is one of many college basketball programs that are traveling and playing in tournaments across the country, a holiday tradition that unofficially kicks off the heart of — out of conference play — for many.

The Monarchs’ first game of the tournament was on Friday against Oregon State University, and last played against Northern Iowa on Monday. ODU went 1-2 overall at the Paradise Jam. Its lone victory was a win against Kennesaw State.

While ODU had trouble getting back to the states, they weren’t the only ones. According to Doug Ripley of the ODU athletic department, the University of Pennsylvania’s men’s basketball team was in a similar situation as the Monarchs.

Ya know, @AmericanAir, a complimentary charter for @ODUMBB and @PennBasketball fixes just about everything. Yes, it's not a majority of the plane, but getting everyone else where they need to be becomes easier for y'all once the 40 to 50 of us are out of the way. #JustSayin https://t.co/JeQoJiC3B3