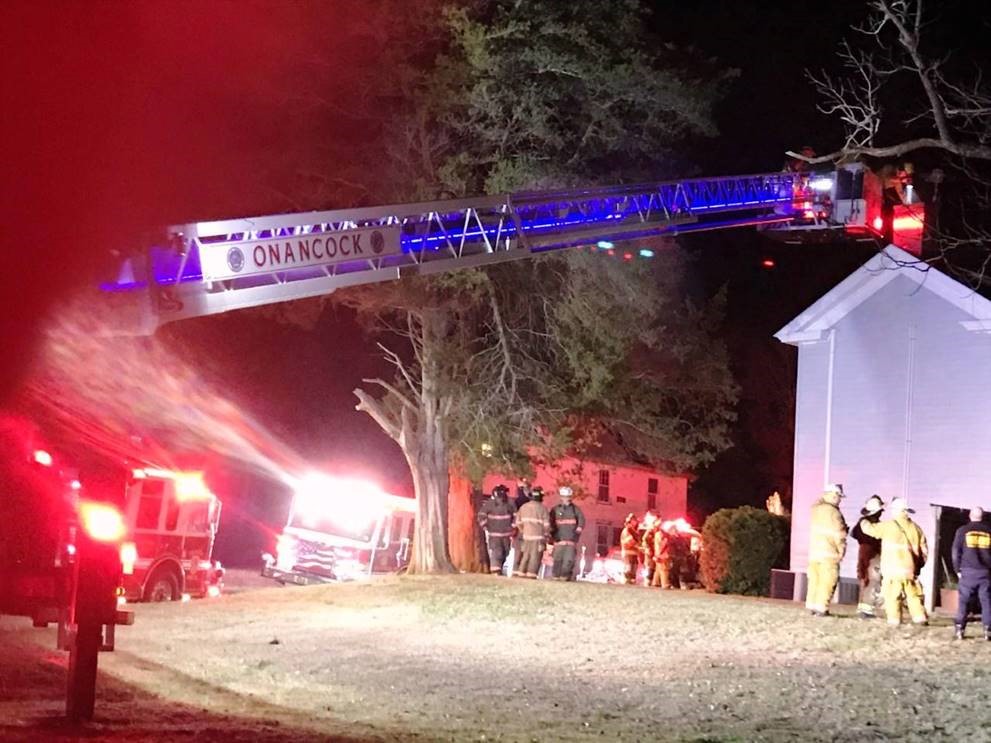 Firefighters with the Onancock Volunteer Fire Department were sent to the first fire at a home in the 20000 block of Bluebill Lane in Schooner Bay around 5:32 p.m. Crews arrived to find the single-family home with heavy fire on one side.

The Engine 95 crew stretched an attack line and darkened down the fire while other crews ventilated and laddered the building.

As crews were mopping up at the Schooner Bay fire, firefighters were dispatched to another house fire in the 19000 block of Bayside Road in Lee Mont around 7:29 p.m.

Parksley Engine 7-3 arrived to find a working fire in a single-family home that had extended from a chimney fire.

No injuries were reported during either incident.

The causes of both fires are still under investigation.